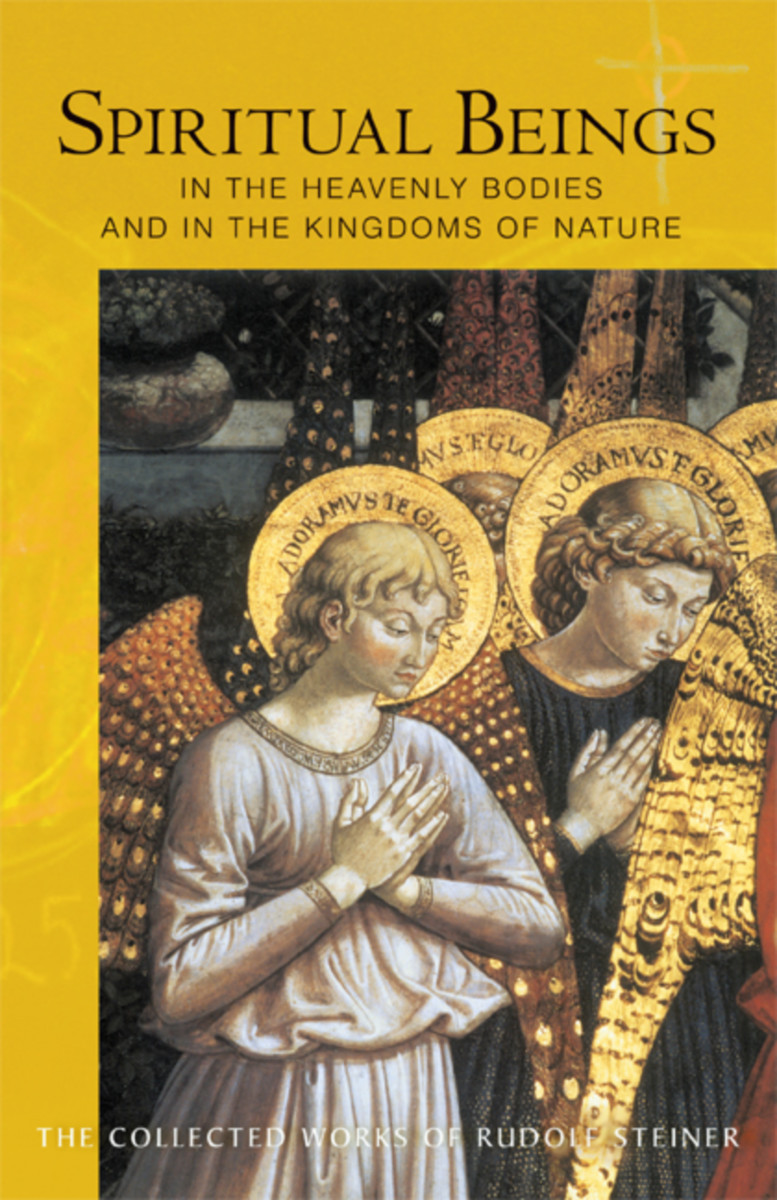 Rudolf Steiner’s achievement in these lectures—it has been said by Valentin Tomberg—“cannot be compared with the accomplishment of any contemporary seer or thinker, or with any of the Middle Ages or antiquity. It towers over them.”

In the architecture of Rudolf Steiner’s great cosmological temple, this extraordinary course of lectures on spiritual beings forms the central pillar with other important texts such as the fourth chapter of An Outline of Esoteric Science (CW 13); The Spiritual Hierarchies and the Physical World (CW 136); and Inner Experiences of Evolution (CW 132). These works—outlining a revolutionary angelological cosmology—are at the heart of Steiner’s mission to transform our understanding of the world by laying down a new, non-dual, phenomenological path to a contemporary divine-spiritual-physical cosmology that is angelological and theophanic.

For Steiner, what constitutes the world are “beings”—including the ground of the world itself, the “Father being.” Steiner’s cosmology or angelology is personal, and it is known in relationship; therefore, he presents it in terms of states and deeds of conscious, and of the divine-spiritual beings whose states and deeds they are. The spiritual world is thus always a world of beings. The twin realizations—I am an “I” being and reality is constituted of other “I” beings—go together. Cosmology is angelology. Spiritual beings define experience of the nature of reality. In these lectures, the reader is led through a series of meditations to recognize these spiritual beings and come to know their deeds.

Steiner’s approach is “contemporary” in that, while continuous with the most ancient understanding of the cosmos, he discovers it for himself, out of his own experience and consciousness, and expresses it in his own words with a logic and language appropriate to our time. Thus, he teaches us, his readers, to do the same. In these lectures, the reader is led through a series of meditations to recognize and come to know the activities and beings of the hierarchies:

Steiner’s achievement in these lectures, as Valentin Tomberg said, “cannot be compared with the accomplishment of any contemporary seer or thinker, or with any of the Middle Ages or antiquity. It towers over them.”