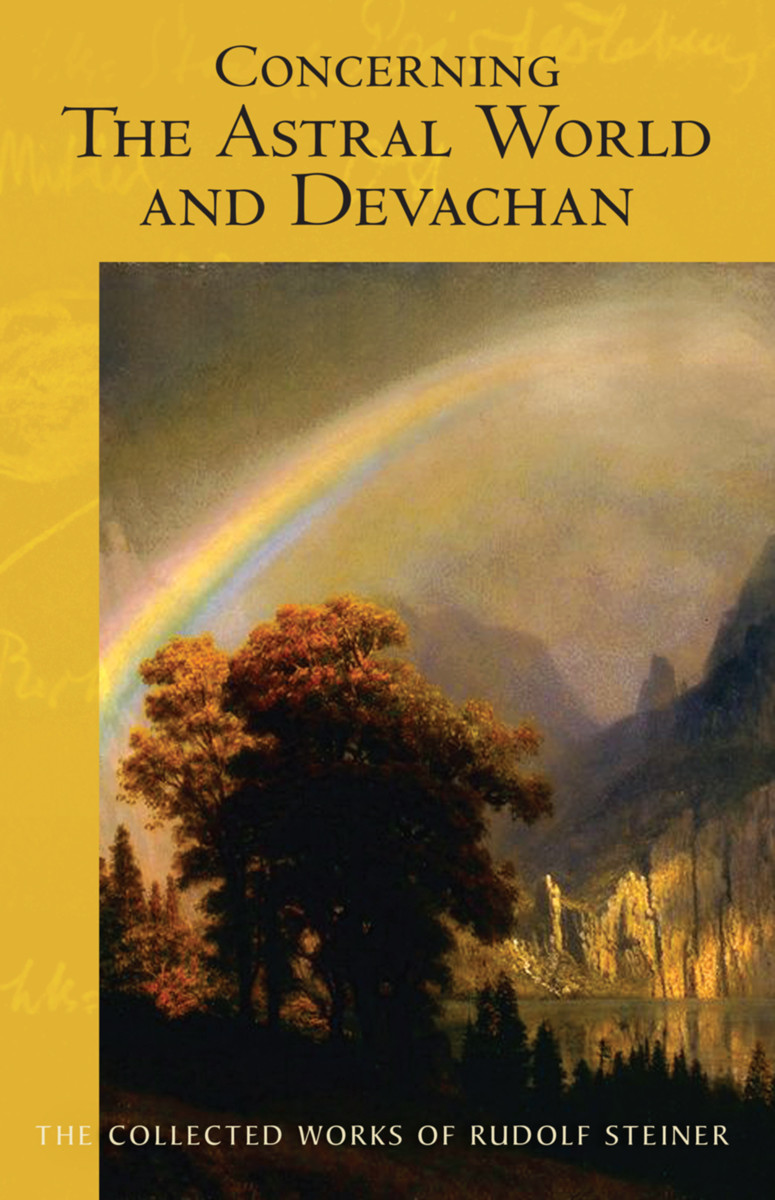 Concerning the Astral World and Devachan

In Berlin, just past the turn of the twentieth century, Rudolf Steiner, then a relatively unknown writer, educator, and editor, first began his spiritual teaching activity under the auspices of the Theosophical Society. The gatherings at this time were small, often being held in private homes, and therefore, in terms of size and location, intimate.

Moving back and forth between Eastern theosophical terminology and Western esoteric tradition, searching for words and pictures, for the first time Steiner was presenting the results of his spiritual-scientific research to small groups of people longing for deeper truths.

“These lectures from 1903 and 1904 are among the very earliest for which we have any written reports. These reports are not, however, the product of professional stenography, as was the case with later lectures, but have been assembled from notes taken during and after the lectures by those attending.... With all of his printed lectures, but especially with the early ones for which we have only notes, we do not know for certain if he spoke these exact words or meant exactly what he seems to say. We are compelled to use our own best judgment as to what he actually said, and what the meaning might be...in other words, we must think for ourselves” (James Hindes, from the introduction).

Part I: Concerning the Astral World

Part II: The World of Spirit, or Devachan

READ LECTURE 1:
“The Mystery of Birth and Death”