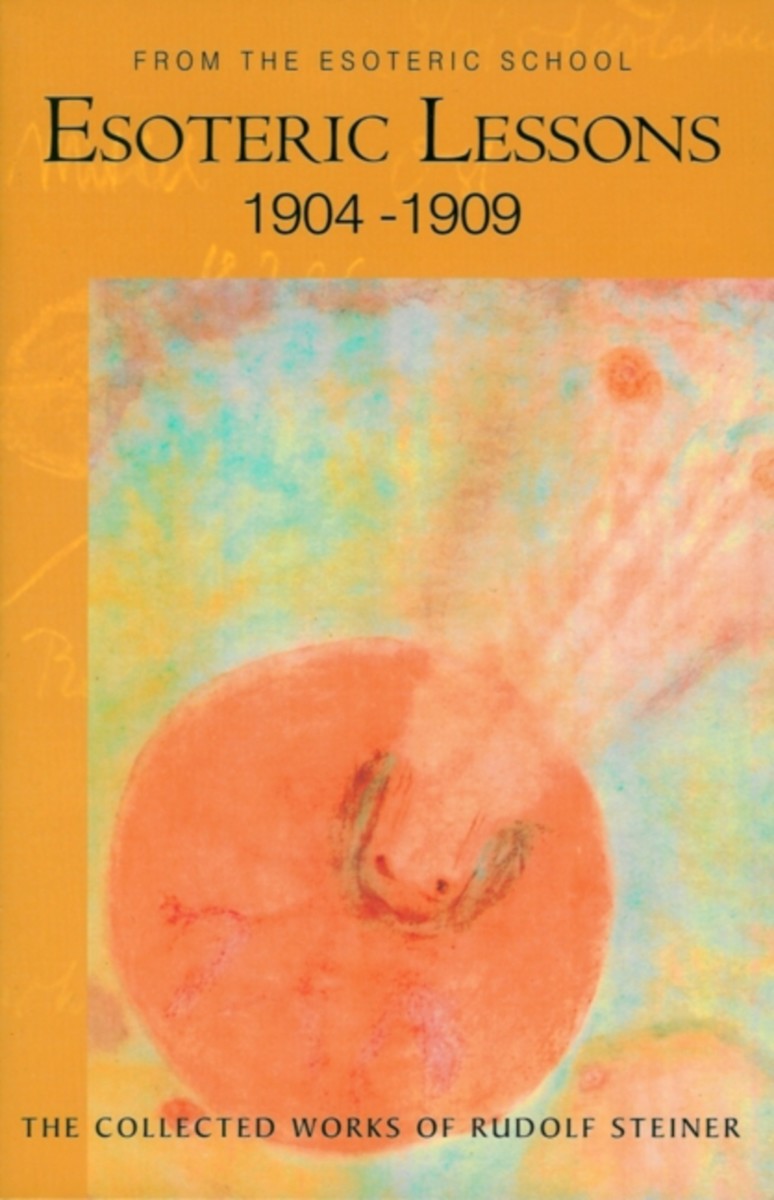 “Rudolf Steiner constantly sought the right soil for certain presentations, and so it could happen that he communicated, as a trial, something from his spiritual research to quite a small circle, sometimes only to three, two, and even only one person. At the same time, he was experimenting to see how far modern consciousness could bear such matters. It was some new research that he presented in this way to a few people. One could ask questions and discuss things. But, after a while, one noticed that he took the same matter to a larger circle—that is, to the circle of people who formed an esoteric group. Then it would happen that he brought it before all the members of the Anthroposophical Society. Moreover, if one waited a little longer, he began to give public lectures on the same subject. Esotericism...had to be implanted step by step in present-day consciousness.” —Carl Unger (Oct. 29, 1928)

To read this book is to be part of Rudolf Steiner’s Esoteric School, to experience the growth and development of Anthroposophy from within. First and most essential here is the primacy of practice. Steiner stresses attention and concentration. We waste much of our time and energy on thoughts and feelings that to nowhere. Meditation—concentration on a living thought, an idea of higher origin—begins the process of self-gathering. Controlling our thoughts, we begin to form our “mental” (etheric) body; ordering our memories, we begin to work on our astral body. These two tasks are our preliminary goal. “We must make our life into a school for learning.” Humility is the key—when the world becomes our teacher, we must become humble.

With the beginning of these esoteric lessons, the path is deepened. We witness Rudolf Steiner the spiritual teacher in action. Throughout the lessons, Steiner moves between the so-called Christian–Gnostic path and the theosophical framework of the Masters. As the years unfold, however, the lessons move from the framework given by H. P. Blavatsky toward a deeper, more universal and, at the same time, more contemporary focus. Steiner reveals that behind what Blavatsky brought is the wisdom of Atlantis, which today must come to life again. Here, Christian Rosenkreutz, the Rosicrucians, and the “old philosophers” (alchemists) become important, for it was their task to bring this wisdom, now “enchristed,” into the West.

SEE THE COMPLETE CONTENTS AND SYNOPSES.

See the complete Table of Contents with synopses.

Read the Foreword:
"Rudolf Steiner and the Nature of Esotericism," by Carl Unger.