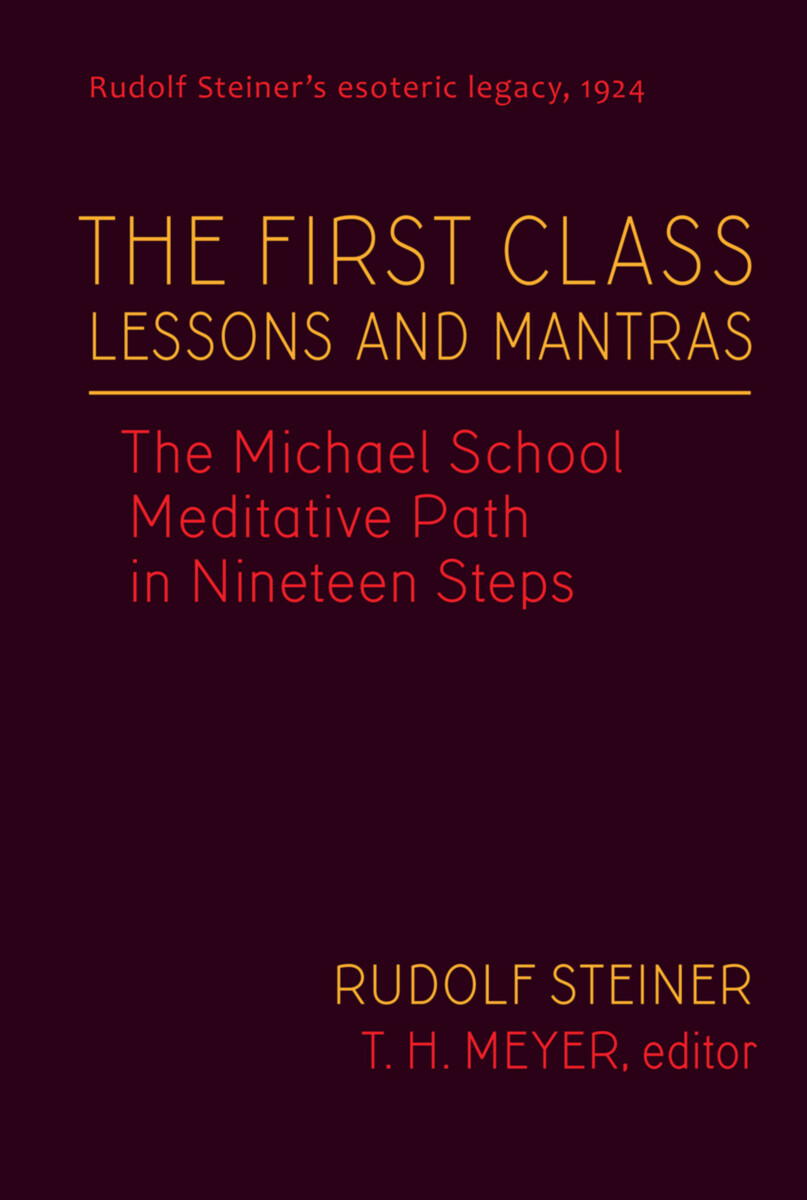 The First Class Lessons and Mantras

“We must experience as a blessing what we may feel to be a kind of deprivation, so that we can say to ourselves in all seriousness and sternness: We must first make ourselves truly human, warm in soul and strong of spirit, so that we, as spirit in humanity, may find the spirit in the world.” —Rudolf Steiner

The mantras of the Michael School are, in the truest sense of the word, a path for modern human beings—and indeed not just for our time between birth and death, but even more so for the time after death in the spiritual world. In that world, every soul that has crossed the threshold will experience beings and events that it can comprehend only if it has learned something on Earth about the beings there and processes that take place between them. In his eighteenth lesson Rudolf Steiner said:

"People who have heard this in esoteric schools on Earth will go through the gate of death and will hear these words again sounding in harmony together—in the esoteric schools here and during the life between death and a new birth there. They will understand what rings forth. Or, people will be dull and unwilling to respond to what the esoteric schools, prepared by general Anthroposophy, have to say. They’ll fail to perceive what can be heard through initiation science from the realms of the heights. They pass through the gate of death. There they hear what they should have already heard while here on Earth . . . but they do not understand it. These words of power—when the gods speak to one another—sound to them like an unintelligible clanging, mere cosmic noise."

These words alone, heard in real earnestness, should be enough to dispel any reservations about spreading the teaching of the Michael School. This content does not belong only to those who are closely connected with Anthroposophy and its movement; every seeking human being should be able to find them as a path through life on Earth and after death.

WATCH A VIDEO WITH T. H. MEYER DISCUSSING THIS BOOK

Why Become a Member of the School of Spiritual Science?
OR