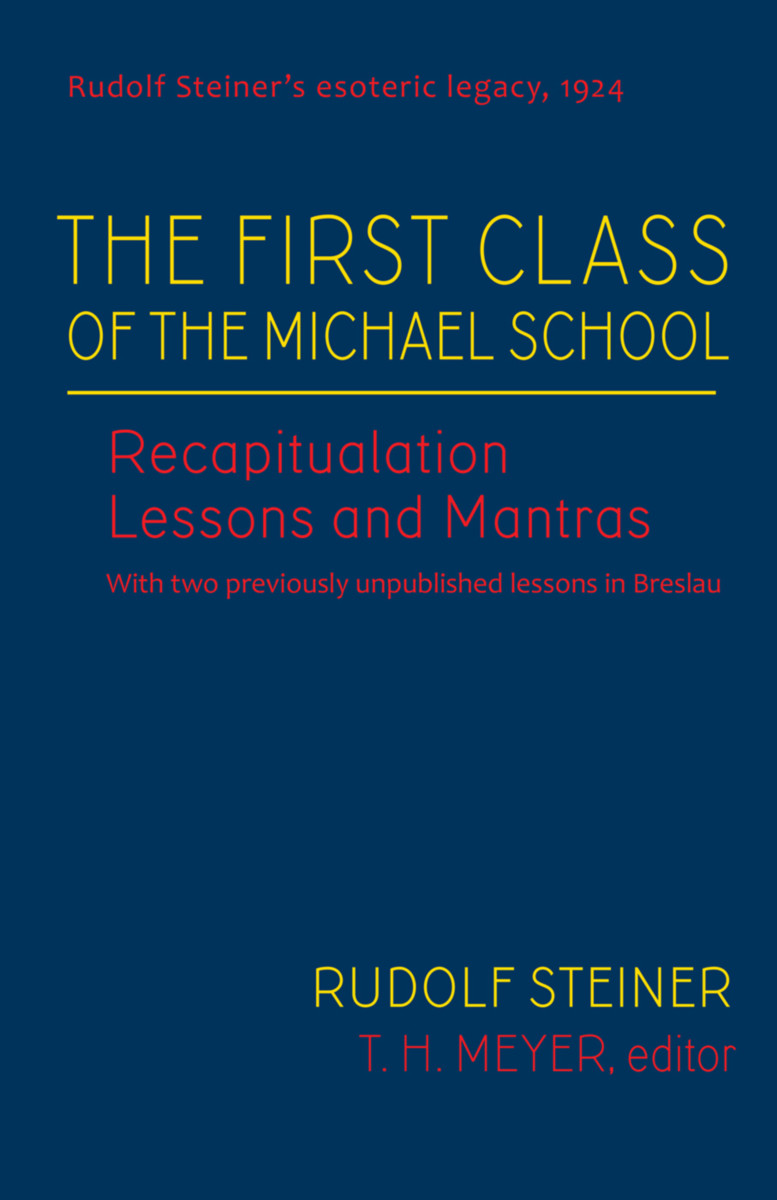 The First Class of the Michael School

“Why does the Guardian of the Threshold stand there? The Guardian of the Threshold stands there because true knowledge can be achieved only when we approach it with the right, well-prepared, inward attitude of mind and a genuine desire for knowledge. There is nothing theoretical about truly striving for knowledge. True striving for knowledge is achieved only when the soul lifts itself above all that is offered by the sensory world.”
—Rudolf Steiner (April 3, 1924)

This volume supplements Rudolf Steiner’s First Class Lessons and Mantras: The Michael School Meditative Path in Nineteen Steps (2017). It contains the so-called recapitulation lessons given in various places, including Dornach, from April 3 to September 20, 1924. While the book does not introduce any new mantras, it offers new forms of presenting and explaining many of them.

This supplemental volume presents a real discovery—two recapitulation lessons given in Breslau, Germany (now Wroclaw, Poland), on June 12 and 13, 1924. The lessons were discovered only recently in the archive of Eugen and Lili Kolisko. The lessons (first published in German by Perseus Basel in 2016) were written in shorthand and deciphered by Elea Gradenwitz, published here in English for the first time, with the kind permission of Andrew Clunies-Ross, grandson of the Koliskos. Attentive readers will find in these Breslau lessons a discussion of the Guardian of the Threshold not found in any other lessons.

The commentary in this volume by the editor T. H. Meyer sheds light on two striking modifications in the lessons. First is the introduction of Rudolf Steiner’s Michael and Rosicrucian signs. Second is the new function assigned to Ita Wegman following Rudolf Steiner’s return from England at the end of August 1924. Both actions were motivated by, as Steiner called it, a “betrayal” of the mantras that occurred in London.

Passages Omitted from the Text
Mantras of the Michael School in English and German
Afterword: The Nineteen Steps of the Meditative Path and Its Expected Continuation
Rudolf Steiner’s Blackboard Drawings (in color)