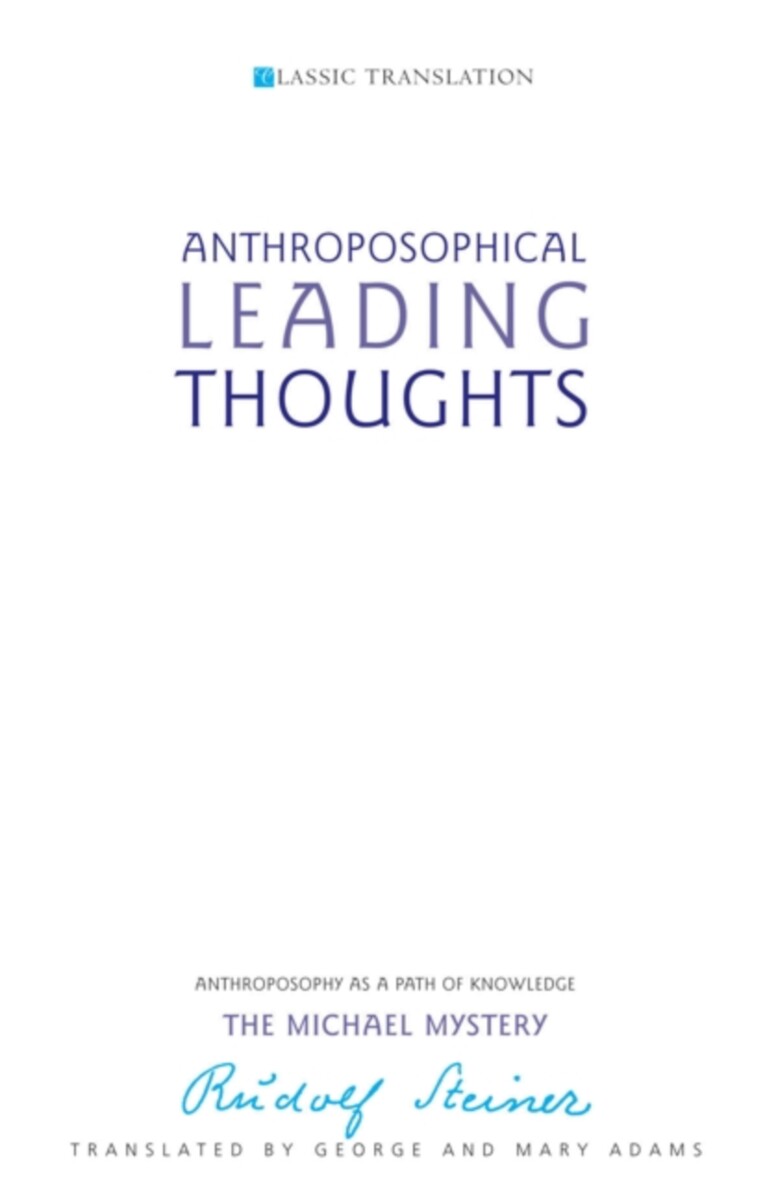 Anthroposophy as a Path of Knowledge: The Michael Mystery (CW 26)

“The leading thoughts here given are meant to open up subjects for study and discussion. Points of contact with them will be found in countless places in the anthroposophic books and lecture courses, so that the subjects thus opened up can be enlarged upon and the discussions in the groups centered around them.” — Rudolf Steiner

This key volume contains Rudolf Steiner’s “leading thoughts,” or guiding principles, and related letters to members of the Anthroposophical Society. Using brief, aphoristic statements, Steiner succinctly presents his spiritual science as a modern path of knowledge, accompanied by “letters” that expand and contextualize the guiding thought.

These 185 thoughts constitute invaluable, clear summaries of Steiner’s fundamental ideas—indeed, they contain the whole of Anthroposophy. They are intended not as doctrine, but to stimulate and focus one’s study and discussion of spiritual science.

“Anthroposophy is a path of knowledge to guide the Spiritual in the human being to the Spiritual in the universe.... Anthroposophy communicates knowledge that is gained in a spiritual way.... There are those who believe that with the limits of knowledge derived from sense perception the limits of all insight are given. Yet if they would carefully observe howthey become conscious of these limits, they would find in the very consciousness of the limits the faculties to transcend them.” — Rudolf Steiner