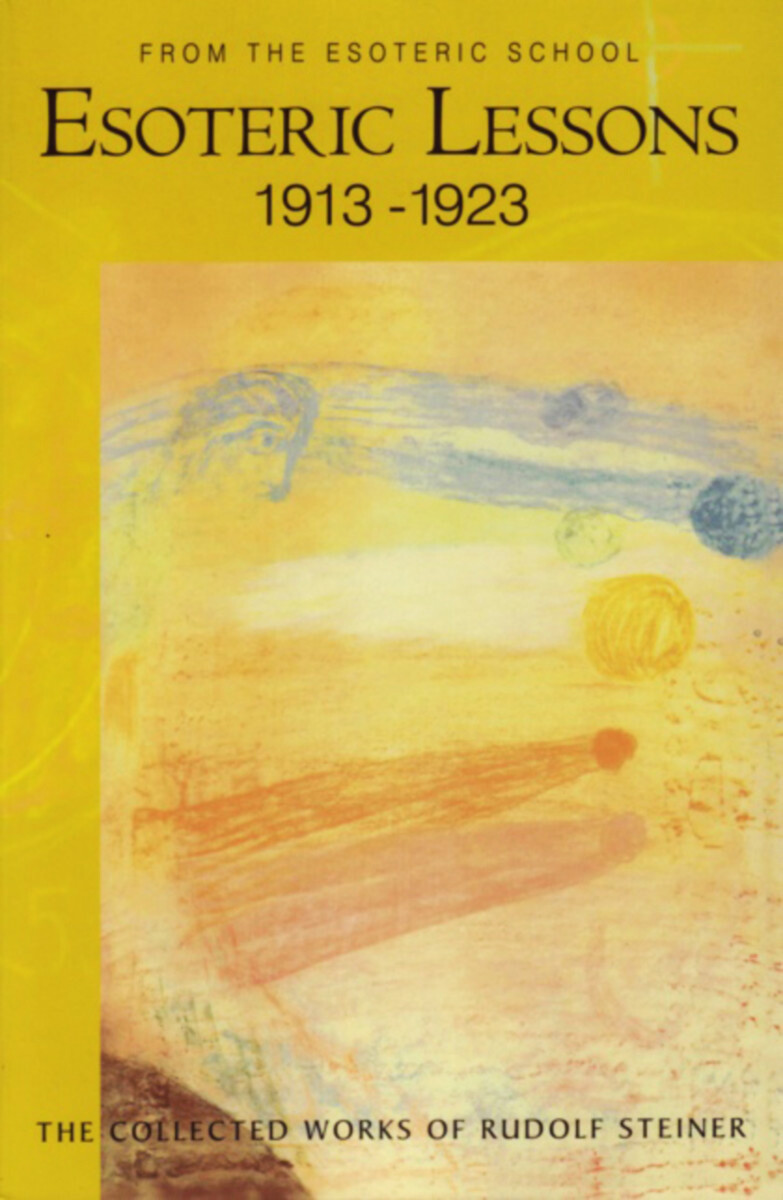 Beginning in January 1913, five days after the Anthroposophical Society was founded, this rich volume traces the esoteric work (and lack thereof) in the decade leading up to the reestablishment of the General Anthroposophical Society at the “Christmas Conference” (1923/1924) and the subsequent creation of the First Class, which replaced the Esoteric Section.

Part One, the largest section (Jan. 2, 1913–July 14, 1914), containing thirty-nine lessons in nineteen months, allows us to sense the subtle, though seismic, shift as Anthroposophy gradually became an autonomous earthly, spiritual reality outside the context of Theosophy, with the initial focus to deepen the Rosicrucian path. The emphasis is more practical than theoretical. The task is meditation, without which the new, freestanding spiritual movement could not fulfill its mission. As a consequence, instructions and advice are given. Then, with the outbreak of World War I, the esoteric lessons cease.

Part Two is much shorter and covers the period from 1918 to 1923, with only six lessons. Clearly, the time demanded a different approach to the spiritual world, and esoteric students were less prepared to work. Nevertheless, important meditations were given that indicated a new direction.

Part Three contains the two esoteric lessons given to the esoteric youth circle—members of the Youth Movement who were serious about esoteric work and would become public exponents of Anthroposophy. Here is something quite new and future-oriented: a new way of undertaking spiritual work in the service of the Archangel Michael. Never before made public, the meditations and instructions are powerful and relevant. This section is preceded by a moving account of the history and development of the esoteric Youth Movement, in which Rudolf Steiner placed such hopes.

The volume closes with the Threefold Mantra that foreshadowed a new approach for the First Class and was used by those in the Esoteric Section from 1920 to 1923.

READ THE FULL TABLE OF CONTENTS AND LECTURE SYNOPSES