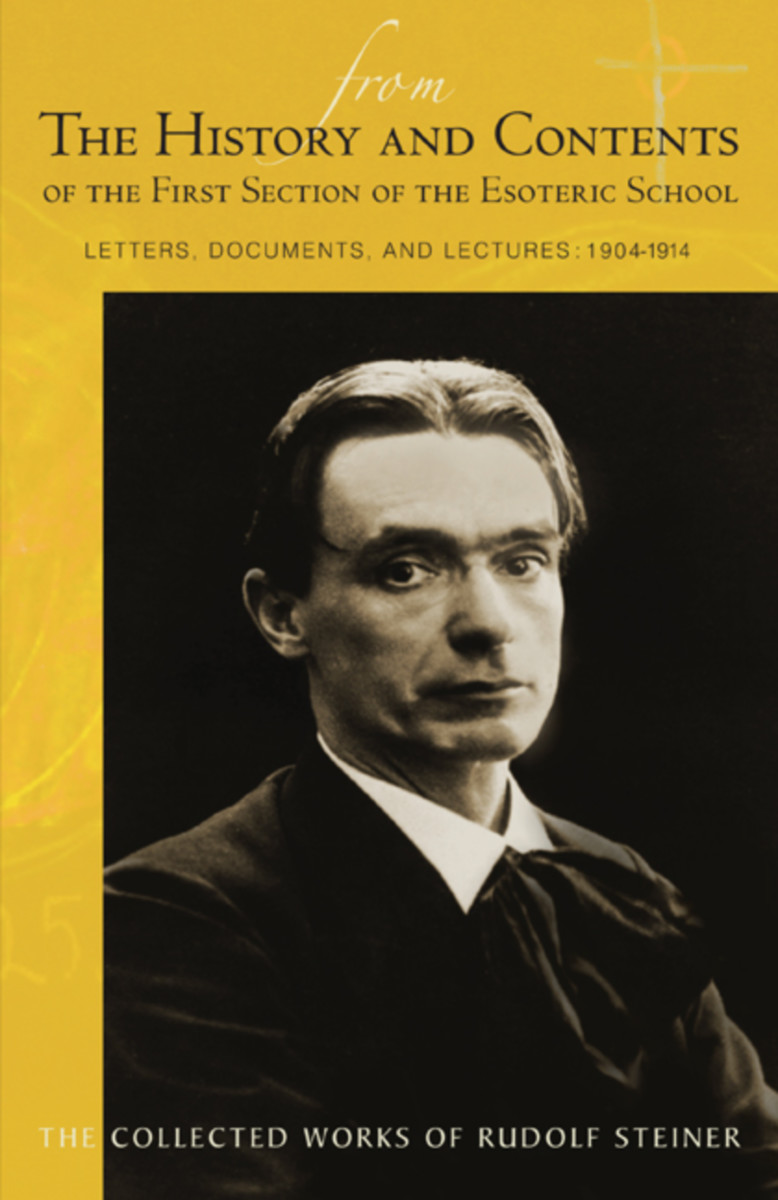 “Rudolf Steiner has become the pioneer in the very domain where, through his indications, human beings for the first time have been allowed freedom...he had to build a basis and create a spiritual attitude through which—by finding the solid moral support within—one might in this freedom avoid falling prey to temptation and aberration.” —Marie Steiner

This is an important text for anyone interested in the development of Rudolf Steiner's teaching and for those wishing to explore the advice and admonitions Steiner provided for his early esoteric students. This collection of letters, circulars, and lectures offer a glimpse of the birth of the anthroposophic movement from the German section of the Theosophical Society of the late nineteenth century. One gains a clear picture of why Steiner could no longer work within the theosophic framework, as well as the events that led to the split between the Theosophical Society under the leadership of Annie Besant and the Esoteric School under Steiner's guidance and leadership.

Primarily in the form of letters are the specific exercises and advice that Steiner gave to pupils who wished to further their spiritual capacities. Also included are his early lectures and teachings concerning the "Masters" and their relationship to human evolution.

From the History and Contents of the First Section of the Esoteric School 1904–1914 includes introductory and concluding remarks by Hella Wiesberger, the original editor of this book.

PART II: The History of the Separation of the Esoteric School into an Eastern and a Wester School in 1907

PART III: The Relationship between the Movement, the Esoteric School, and the Society