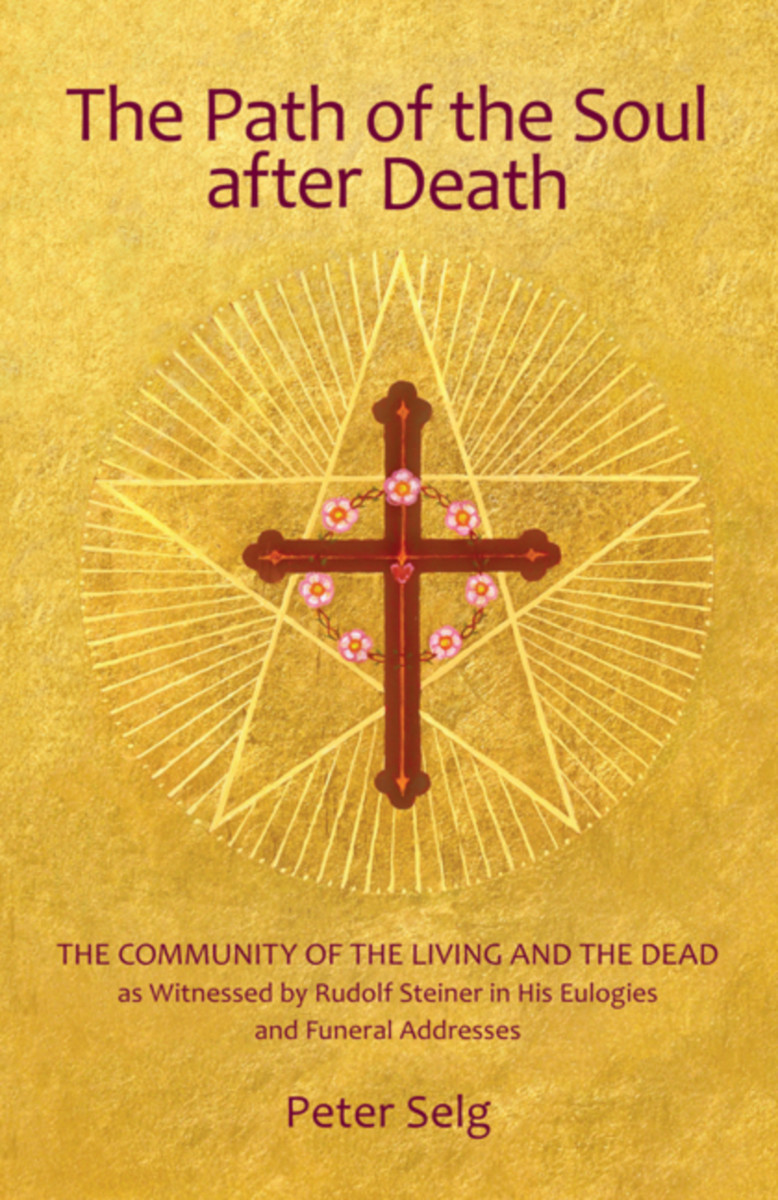 The Path of the Soul after Death

Rudolf Steiner saw relationships with the dead as the “religious attitude of the future” in the highest sense. Becoming comfortable with thinking and speaking of the dead as concretely as we speak of the living will profoundly affect human activity. To Steiner, the “enlivening” and even the “sanctification” of earthly existence are not merely connected directly with our relationship to death and to the deceased; in fact, that relationship deepens these qualities and makes them possible. Steiner spoke frequently about death and the human soul’s continued existence, as well as about the importance of establishing a new kind of community that unites spiritually active human souls that endure beyond death.

The Path of the Soul after Death shows how Rudolf Steiner commemorated the dead, the words he chose to use, and his descriptions—sometimes in great detail—of the inner processes involved. What becomes clear is the extent to which his connections to the deceased shaped his addresses and related to their new stage of existence. Inasmuch as his words were in harmony with human soul development after death, they not only recapitulated a biography but also assisted the deceased individual along the path after death.

We cannot understand the true depth and meaning of Steiner’s words about those who have died except against the background of an anthropological study of the period immediately after death. The second part of the book, therefore, is a stunningly clear and detailed account of anthroposophic research into the process of dying and the soul’s path after death. He tells us:

“The phenomenon of death sets in like this: In the moment of death, the connection of the etheric and astral bodies to the physical bodies dissolves—specifically, in the heart. The heart is illuminated, so to speak, and then the ether body, astral body, and ‘I’ rise above the head.”

Rudolf Steiner described this “moment of having died” as the “consummate event.” During the individual’s time away from Earth, this moment is constantly in view. It is filled with beauty, grandeur, and sunny-bright warmth related to Christ. It is essential to developing and dynamically maintain self-awareness adapted specifically to the spiritual world. In this connection, Rudolf Steiner said:

“Throughout human life between death and a new birth, it is possible to look back on the moment of death, and therefore that moment provides our consciousness after death. We know that we have laid aside our physical body. Knowing this and having it constantly before us gives us our self-awareness after death, just as we derive self-awareness here in the physical world from actually having a physical body.

“When we are outside of the physical body with our astral body and I, between falling asleep and waking up again, we have no consciousness of the physical world. When awakening, we must re-occupy these bodies so that 'I'-consciousness can blossom again. After death, whenever we look back on the moment of dying, whenever that whole event—which is so grand and beautiful from the perspective of the other side—stands before our soul, consciousness is rekindled. Consciousness after death depends entirely on repeated viewing of this moment.” (Kassel, February 18, 1916)

The Path of the Soul after Death is an important addition to the body of anthroposophic literature on our relationship on Earth to those who have died. Peter Selg does a great service in gathering and amplifying much of what Steiner had to say on the subject.