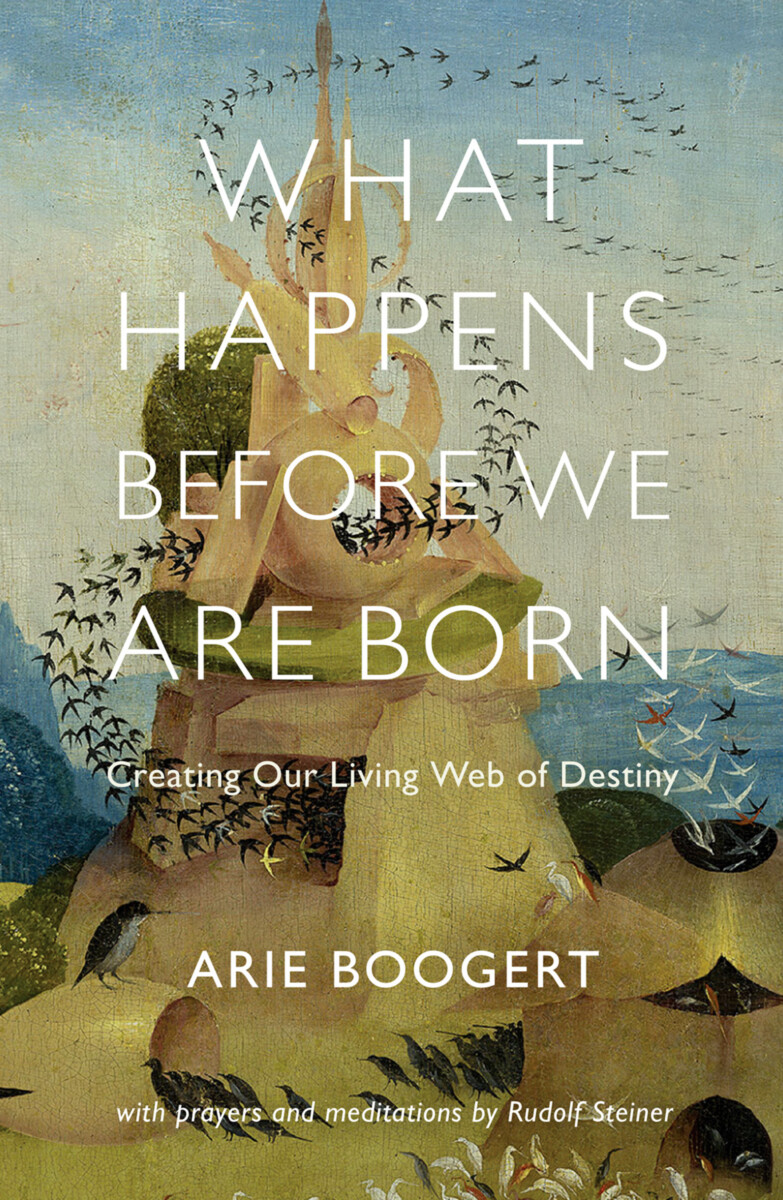 What Happens before We Are Born

Creating Our Living Web of Destiny

How is the condition of our mind affected by death?

What realm do we enter when we die?

In this book Arie Boogert extends much of what he expressed in his earlier work, What Happens after We Die. He maps out many facets of Rudolf Steiner's insights into the life that follows death, focusing especially on the period leading to a new birth. The author describes the experiences of the deceased, who—along with others who have died—is preparing a new incarnation on Earth and setting a course toward a “revised and improved edition” of one’s human adventure on Earth.

This second volume of Arie Boogert’s books on life between death and a new birth takes the reader into a realm that is, in the most encompassing form, our future homeland, juxtaposing many of Steiner’s descriptions to give the reader an impression of what awaits us. We don’t go into the subject in an abstract way; we are directly involved with it. And we begin to observe that reality while living on Earth by becoming aware of what is present in our world and learning to “see” by assembling the necessary concepts and mental images of that completely different world and existence.

The discussions here include descriptions of our path through the worlds of soul and spirit; the involvement of angelic beings in processing our past life and preparing for the next; the formation of destiny and karma; the continuity of our individuality; and our new incarnation.

Arie Boogert's two companion books—What Happens after We Die andWhat Happens before We Are Born—are invaluable guides for all those coming to terms with their own death or the loss of a loved one.

1. Toward the Sun
2. The Soul World
3. Spirit Worlds
4. “Lifting up Our Eyes”
5. What Is the Human Being?
6. Reversal: Inside Turns Out
7. Reversal: Downside Turns Up
8. A Revised and Improved Edition
9. Breathing in the Light
10. Heaven under Our Feet
11. The Destiny that Awaits Us
12. Incarnation in Sight
13. Conclusion: The Human Being—a Risky Venture

Appendices: Journeys beyond the Text
1. The Form Body
2. The Resurrection Body
3. Evolutionary Stages of the Universe and Earth
4. Returning Soon?
5. Suicide
6. Necessary Evil

Arie Boogert (1933–2013) was born in The Netherlands. He was a priest in The Christian Community, Movement for Religious Renewal. After his ordination at the Seminary in Stuttgart, Germany, he served in the congregations of The Hague and Zeist in The Netherlands. In 1989, he went to Australia for three years, after which he served in Denver and later in Boston until 2008, when he returned to The Hague. He made a lifelong study of the many indications Rudolf Steiner gave in his books and lectures on life after death. He wrote several books on this subject, including What Happens after We Die (2020) and What Happens before We Are Born(2020), published in English by SteinerBooks.