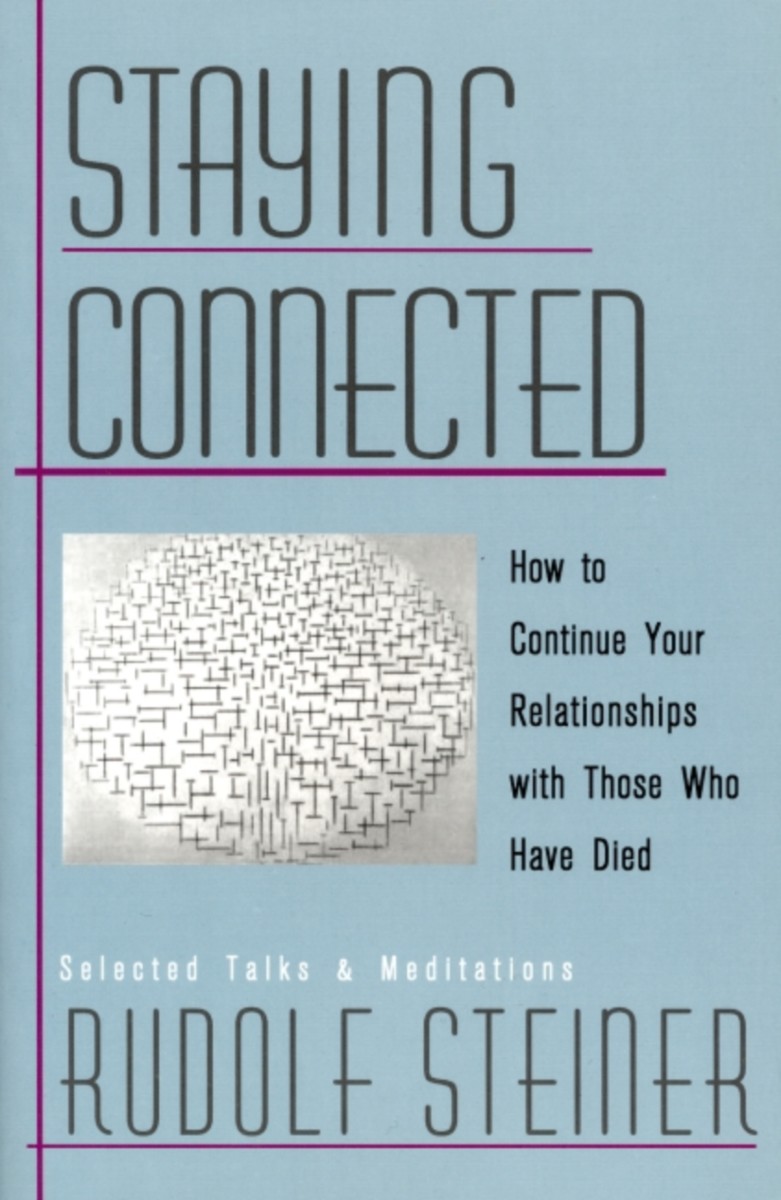 How to Continue Your Relationships with Those Who Have Died

“This is what it comes down to: that we learn to experience that those who have passed through the gate of death have only assumed another form. Having died, they stand before our feelings like those who, through life experiences, have traveled to distant lands, whither we can follow them only later. We have therefore nothing to fear but a time of separation. Spiritual science must help us learn to feel and experience this in the most living way we can.” — Rudolf Steiner

“Living and working with the concepts and exercises in these talks and meditations has changed my life. This is a most practical book. Do what it recommends and you will experience the presence of the dead in your lives. You will know that the community of human beings on both sides of the threshold is not theory, but reality.” — Christopher Bamford (from the introduction)

The idea of “working with the dead”—maintaining, continuing, and enhancing one’s relationships with those who have died—was fundamental to Steiner’s work. This volume collects a rich harvest of his thoughts on the subject, gathered over many years. Steiner spoke directly from his own experience and formulated various meditation practices and verses that worked for him.

We learn the usefulness of reading to the dead; the use of verbs (rather than nouns) when we speak with them; the importance of the sacred moments when falling asleep and awakening for asking questions and receiving answers; how our memories of the dead are like “art” to them; and of key moods we must cultivate—community with the world, gratitude, confidence in the current of life.

This important volume will help those who want to deepen their relationships to the living, to those who have died, or to the spiritual world itself.

Part 1: “Entry”
Overcoming the Abyss
The Life of the Dead
Recovering the Connection
The Presence of the Dead
The Blessings of the Dead
Works of Art, Acts of Grace

Part 2: “Practice”
How the Dead Influence the Living
The Dead Are Always with Us
Uniting with the Universal Spirit
The Feeling of Community and the Experience of Gratitude
Trust in Life and the Rejuvenation of the Soul
The Language of the Heart
Momento Mori

What Happens when We Die?
Our Journey in the Afterlife
OR