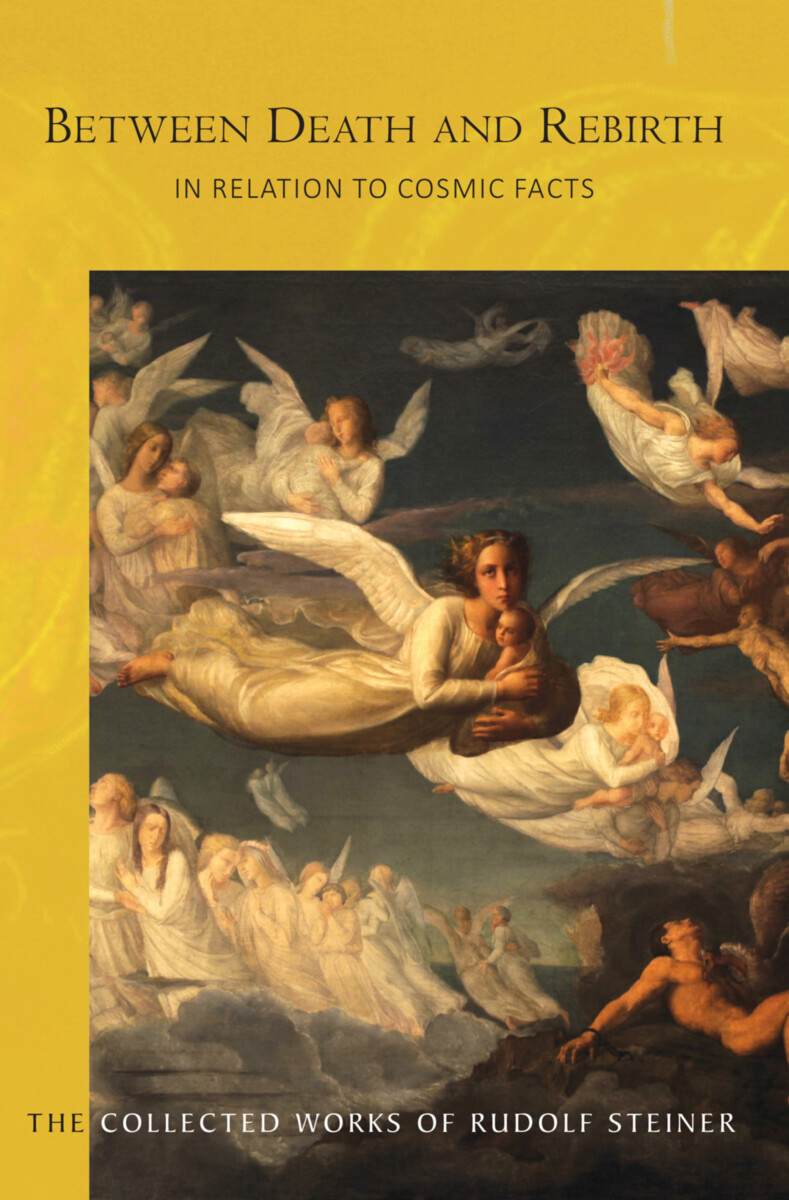 Between Death and Rebirth

In an absorbing series of lectures, Rudolf Steiner discloses factors in our life on Earth that will influence our experiences in the spiritual world after death—and, conversely, factors in the spiritual world that will affect our next life on Earth. He focuses on the period in the afterlife when an individual has been through kamaloka, the “purgatory” in which one’s soul is purified. Once the soul has been cleansed of its astral sheath, it becomes open to cosmic influences and expands into the planetary sphere, where it can begin preparation for reincarnation and a new human life on Earth.

Steiner addresses the vital relationship of the living to the dead—in particular, how those on Earth can influence the souls of those who have died. He also discusses sleep and death and our seven-year life cycles. In addition, he offers a “Christmas gift” in the form of a lecture on Christian Rosenkreutz and Gautama Buddha, ending with a grand picture of the Mystery of Golgotha—showing that Jesus Christ’s death on the cross only seemed to be a death, whereas in reality it enabled the momentous birth of the “Earth Soul.”

Long out of print, the freshly revised text in this new edition is complemented with an introduction, notes and appendices by Prof. Frederick Amrine and features an index.

The Connection between the Living and the Dead
(CW 168)