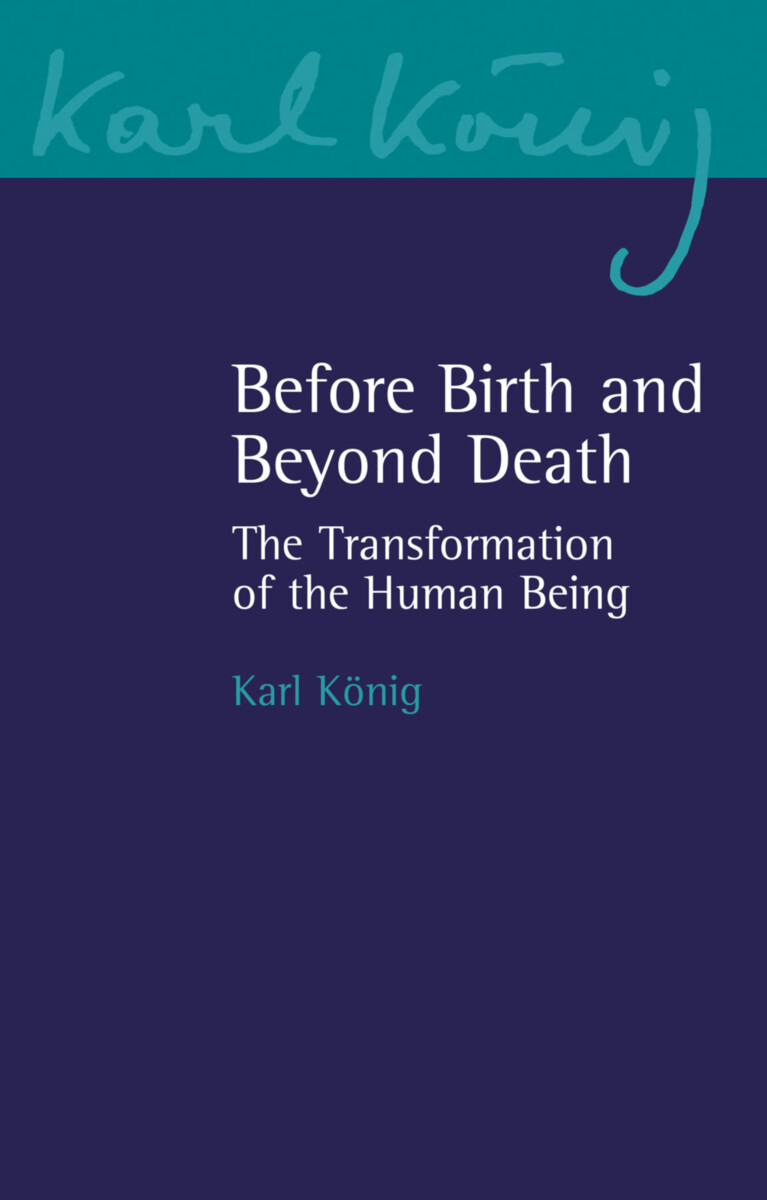 Before Birth and beyond Death

The Transformation of the Human Being

“We could all benefit positively if we direct our thoughts to all of humankind and consider that birth and death are only portals. We must recognize that the greater part of humankind exists beyond these portals and that we are one with them.” —Karl König

Karl König, following Rudolf Steiner's teachings, saw human beings as eternal, understanding that our time in earthly bodies is only one part of our journey. Our souls exist before birth and continue on beyond death, until they are reborn.

In these important lectures and essays, König asserts that the greatest part of our community exists beyond this earthly life. He calls on us not to neglect our connection with those who have died, encouraging us to solicit their guidance so that we might rediscover the spiritual values our society has lost.

In this remarkable book, König suggests that, by changing our everyday thinking, we can create a bridge across the threshold of death, allowing essential communication among humans in various states of being, and uniting humankind for the benefit of us all.

I. About Those Who Have Died

1. The Gate of Birth and the Gate of Death
2. Bridges to Those Who Have Died
3. The Path beyond Death

“The Death of Adalbert Stifter”
“Transformation”

4. The Experience of Birth and Death in Child Development
5. The Moment of Death within the Yearly and Daily Rhythms

Unbornness
Human Pre-existence and the Journey toward Birth