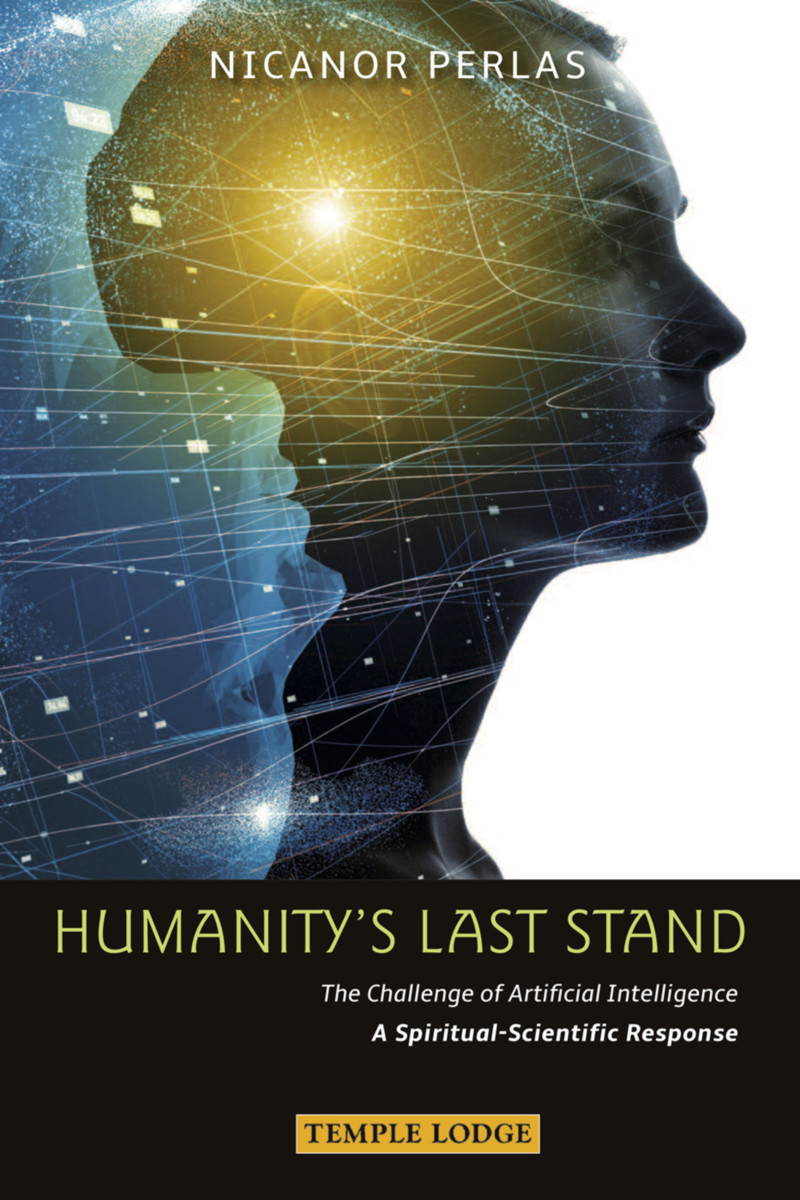 The Challenge of Artificial Intelligence: A Spiritual-Scientific Response

“The twenty-first century is the age of science and technology. It will also be the age when humanity confronts, for the first time, a challenge that may overwhelm and destroy the human species itself in as little as 12 to 20 years from now. This is the challenge of artificial intelligence (AI) Deployed properly, AI will confer tremendous benefits to society. It is already doing this. Deployed inappropriately or mistakenly, AI will undermine human civilization, as it is also starting to do, and could then lead to the extinction of humanity. Scientists, philosophers, and engineers call this latter possibility the ‘existential risk’ of AI. The fate of our future is literally in our hands.” —Nicanor Perlas (from the preface)

Although still in its earliest stages, artificial intelligence is radically transforming all aspects of society. With the immanent emergence of Artificial Super Intelligence (ASI) and the illusory temptations of “transhumanism,” humankind stands at a crossroads. Nicanor Perlas makes an urgent plea in this book. It is imperative, he says, that we take immediate steps to ensure that digitized technology is aligned to human values and priorities. Otherwise, ASI will kill the essence of our humanity. Furthermore, if we do not master it now, ASI will transform humanity into its own image—ultimately, it will destroy the human race.

AI experts have not offered a single cogent solution to this existential threat. Rudolf Steiner, however, not only foresaw these developments, but also provided clear alternatives. Steiner—who developed a contemporary scientific approach to spirituality—provided philosophical, ontological, and social innovations to save humanity from this technological abyss. It is the task of the global anthroposophic movement to pioneer this civilization-saving work—to establish spiritual-scientific ideas in mainstream culture that would allow AI to emerge in a healthier societal context.

Perlas offers an overview of the AI phenomenon, together with its related transhuman concepts of “perfecting humanity,” outlining the critical internal and external responses needed to meet them consciously. In particular, the author addresses the movement connected to the work of Rudolf Steiner, indicating its all-important tasks to cooperate with progressive individuals and movements, including scientists and civil society activists; to mobilize its “daughter” movements for action; and, ultimately, to cooperate with the spiritual powers that have guided and served humanity since the dawn of time. This, says Perlas, is humanity’s last stand. Failure is not an option.

“The most important book I have read in the past decade.... When I finished it, I took a few deep breaths, gathered myself, then asked, ‘Now that I know this, how do I best live my life?’ Please, everyone, read this book, ask yourself the same question and together, with the guidance Nicanor provides, let us build the new world we all know is possible.”
—Thomas Cowan, MD, physician and author

“Nicanor Perlas joins the likes of Elon Musk and Stephen Hawking in raising a red flag of concern over the ever-widening dissemination of Artificial Intelligence into the life of worldwide humanity.”
—Van James, artist, author, educator, and Chair of the Anthroposophical Society in Hawaii

“Nicanor Perlas approaches the burning, crucial subject of artificial intelligence with untiring courage.... Nicanor sets out on the (im)possible quest barehanded and unable to predict what the final outcome will be, yet he moves on, anchored in his uniquely deep and powerful thinking imbued with his love for humanity.”
—Mónica Cumar, publisher, Chile

“Nicanor Perlas is almost shouting out the message that it is time now to wake up and realize that we are on the edge of a complete breakdown.... A very important book that in so many ways is an urgent wakeup call for us all!”
—Mats-Ola Ohlsson, curative educator, social therapist, and General Secretary of the Anthroposophical Society in Sweden

“This book is important for the present and will be relevant for the future, just like the books of and works by Rudolf Steiner are and will continue to be.”
—Yuji Agematsu, Japan

“Well researched and deeply passionate, this book embodies a care for humanity that has its wellsprinigs in knowledge of the spiritual as well as the scientific.... It awakens and guides us as to how artificial intelligence, instead of suppressing humanity, can be a part of our healthy evolution.”
—John Bloom, General Secretary, Anthroposophical Society in America, Vice President, Organizational Culture, RSF Social Finance

“Nicanor Perlas bring a lifetime of human intelligence—the active relation of thinking, feeling, acting human beings to each other—to the challenge of the apparently intelligent machine.... Let us read it and awaken to the next stage of our humanity!”
—John Beck, editor of Being Human magazine

1. The World Is on Fire
2. Utopia or Extinction?
3. Awakening to Our True Humanity—The Way Out

4. Spiritual Opponents Fueling the Potential for Technological Apocalypse
5. Anthroposophy: In Defense of the Truly Human
6. The Mission and Ways of Evil
7. The Two Milestones of the Global Anthroposophical Movement

PART III: SELF AND COLLECTIVE MASTERY TO SERVE THE WORLD

8. Self-mastery—Preparing Our Self for Spiritual Battle
9. Accessing the Support of the Keepers of Humanity
10. Collective Human Intelligence (CHI)

19. The Wisdom of Failure
20. The Last Stand
21. The Micha-elic Will and the Future of Humanity