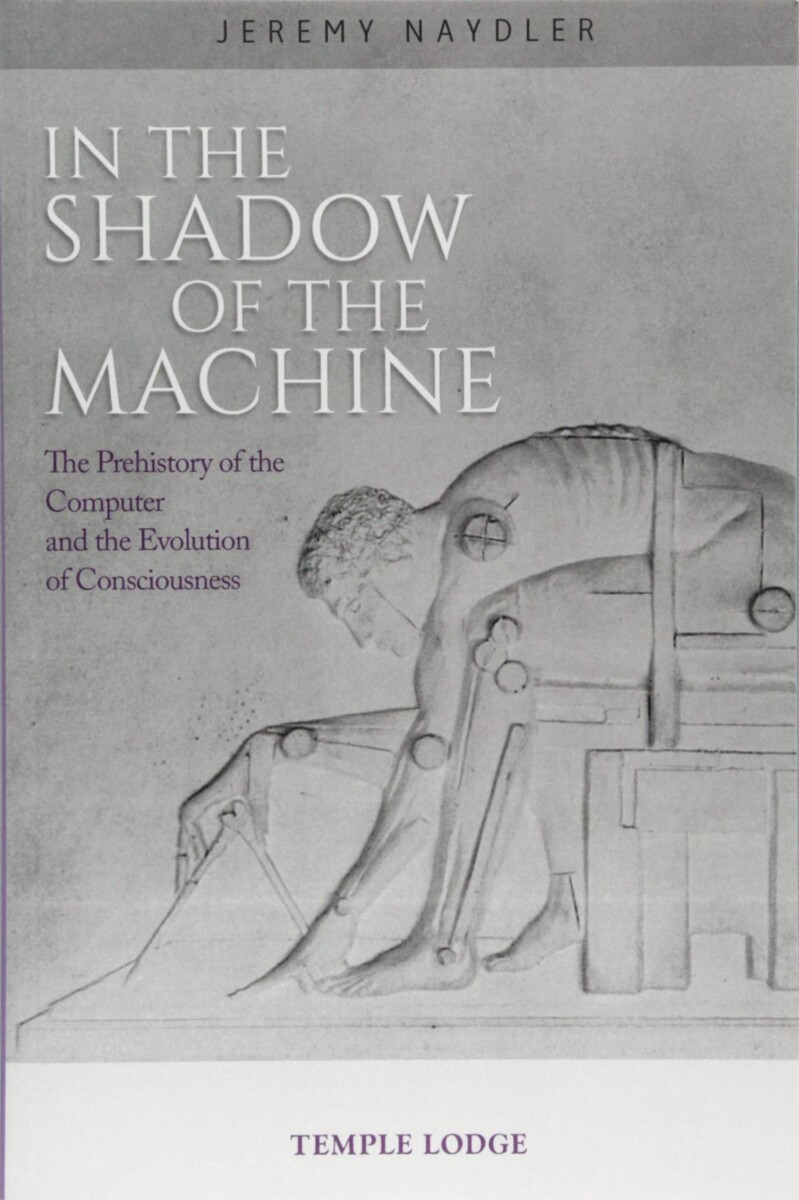 In the Shadow of the Machine

The Prehistory of the Computer and the Evolution of Consciousness

Contemporary life is deeply reliant on digital technology, and computers have come to dominate nearly every aspect of our culture. What is the philosophical and spiritual significance of this dependence on electronic technology for our relationship to nature and for the future of humanity? Moreover, what processes in human perception and awareness have produced the situation in which we find ourselves?

As Jeremy Naydler elucidates in this penetrating study, we cannot understand the emergence of the computer without seeing it within the wider context of the evolution of human consciousness over millennia. He shows how modern consciousness has evolved in conjunction with the development of machines and their increasing shadow.

Computers are the product of a long historical development, culminating in the scientific revolution of the seventeenthcentury. During that period the first mechanical calculators were invented, and efforts to create increasingly complex “thinking machines” began in earnest. Nevertheless, the seeds were sown many hundreds of years earlier, deep in antiquity.

Naydler paints a vast panorama, depicting human development and the emergence of electronic technology. His painstaking research illumines an urgent question that concerns every living person today: What does it mean to be human, and what, if anything, distinguishes us from machines?

PART ONE: THE ANCIENT WORLD
1. Participative Consciousness in Deep Antiquity
2. The Gods and Technological Consciousness in the Ancient Near East
3. Poets, Visionaries, and the Rise of the Clever Man
4. Harnessing Logic to the Pursuit of Truth
5. Technology in the Greco–Roman Age
6. The Eclipse of the Mystery Knowledge of Electricity

PART TWO: THE MIDDLE AGES
7. Grammar and Logic in the Middle Ages
8. The Logic Machine and the Cam
9. The Mechanical Clock and Human Consciousness
10. The Quantification of the World
11. The Renunciation of the Upper Border

PART THREE: THE EARLY MODERN PERIOD
12. The Seventeenth-Century Penetration of Subnature
13. Francis Bacon’s “New Instrument
14. The Myth of the Binarius
15. The Drive toward Mechanization
16. Leibniz: the Quest for an Artificial Language
17. The Power of the Electrical Discharge

PART FOUR: THE ERA OF THE MACHINE
18. The Diabolical Machine Invades the Psyche
19. The Punched Card Leads the Way
20. Charles Babbage and His Analytical Engine
21. The Advent of the Electric Current
22. Telegraphy: The Electrolysis of Language
23. Forging the Mind of the Machine
24. Crossing the Threshold
25. Toward a Human Future

Jeremy Naydler, PhD, holds a doctorate in theology and religious studies, and is a philosopher, cultural historian and gardener who lives and works in Oxford, England. He has long been interested in the history of consciousness and sees the study of past cultures—which were more open to the world of spirit than our own, predominantly secular, culture—as relevant both to understanding our situation today and to finding pathways into the future. His longstanding concern about the impact of electronic technologies on our inner life and on our relationship to nature has found expression in numerous articles contributed to magazines such as New View, Self and Society,and Resurgence.