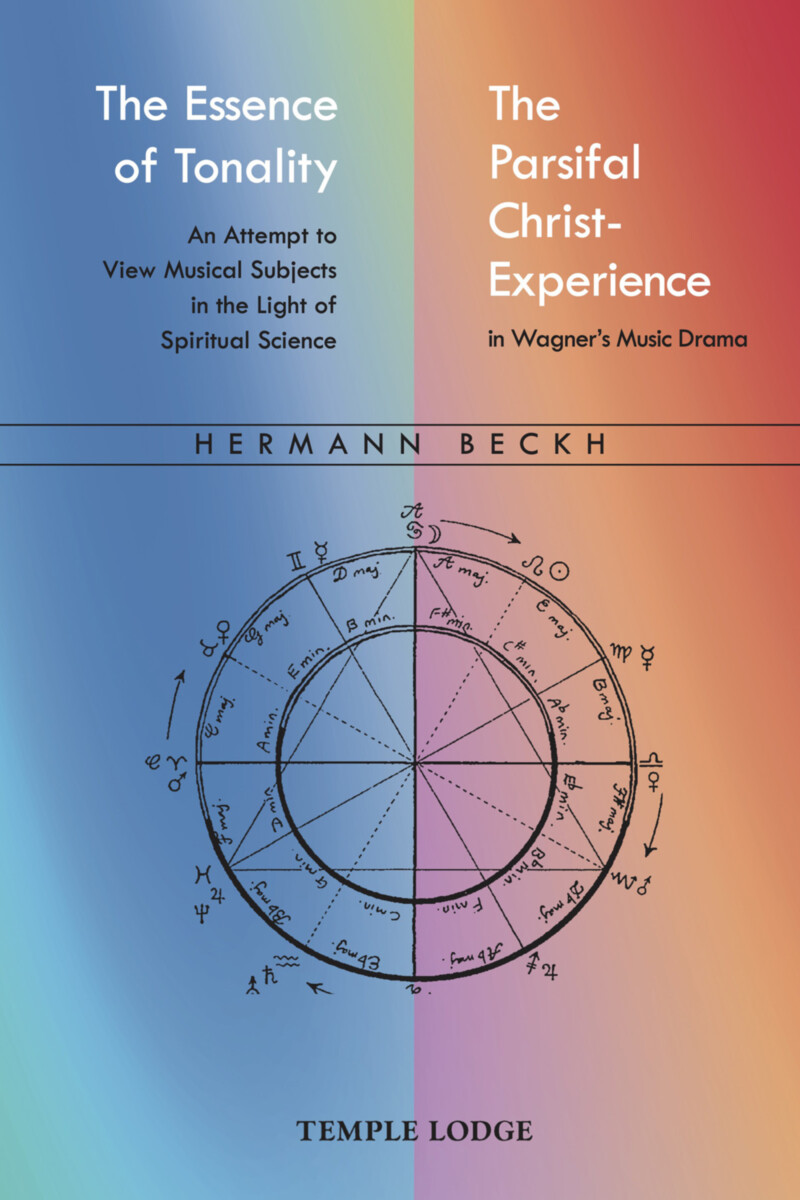 The unique scholarship and artistic sensitivity of Prof. Hermann Beckh is currently being rediscovered. The great linguist, orientalist and Christian priest, as well as an active music-lover who also composed, penned pioneering works on our musical system, which have gained the respect of musicians and musicologists. This volume joins two revised editions of his most popular books.

The Essence of Tonality is written “for musicians and music lovers who, because of their particular musicality, experience something spiritual—and for spiritual seekers and sensitive people who, because of their particular spirituality, have experienced a connection with music.” Beckh believed that a spiritual view of tonality would ensure a future for both music and humanity. The author explains the correspondence of the circle of fifths (the keys) to the zodiac. Research should be directed toward the twelve vital, spiritual key centers as expressing the cosmic rhythms within which we all live, rather than the abstract twelve chromatic notes of atonality.

In The Parsifal Christ-Experience, Beckh’s original insights shed fresh and powerful light on the search for meaning in our age—for knowledge of the heart. In the poetic libretto and remarkable music of his final creation, Richard Wagner—acknowledged by Anton Bruckner as “the Master”—presents the Grail legend and its imagery. The psychological drama and its ultimate solution provide insights to those who are prepared to reflect on inner experience. Through Beckh’s references to Wagner’s letters, as well as a remarkable letter from Nietzsche, the reader will gain knowledge of the true nature of Wagner and his oeuvre.

1. The Christ-mystery in the Prelude to Parsifal
2. The Drama of the Christ-experience in Parsifal
Scene 1. The Swan
Scene 2. The Walk to the Grail Castle
Scene 3. Amfortas and the Grail
Scene 4. The Gesture toward the Heart—Parsifal Shakes His Head
Scene 5. Parsifal in Klingsor’s Realm: Awakening to Knowledge
Scene 6. Kundry-Herodias: “There his gaze fell upon me.”
Scene 7. The Redeeming Gaze of Christ: Karfreitagzauber

APPENDICES
1. From Scene 2: The Growth of the Gaze Motif
2. From Scene 6: Kundry-Herodias: “I looked at him—and laughed...”
3. Twilight of the Gods and Resurrection: Wagner’s Mythological Wisdom (Emil Bock)
4. King Ludwig II of Bavaria on the 70th anniversary of his death (Rudolf Frieling)