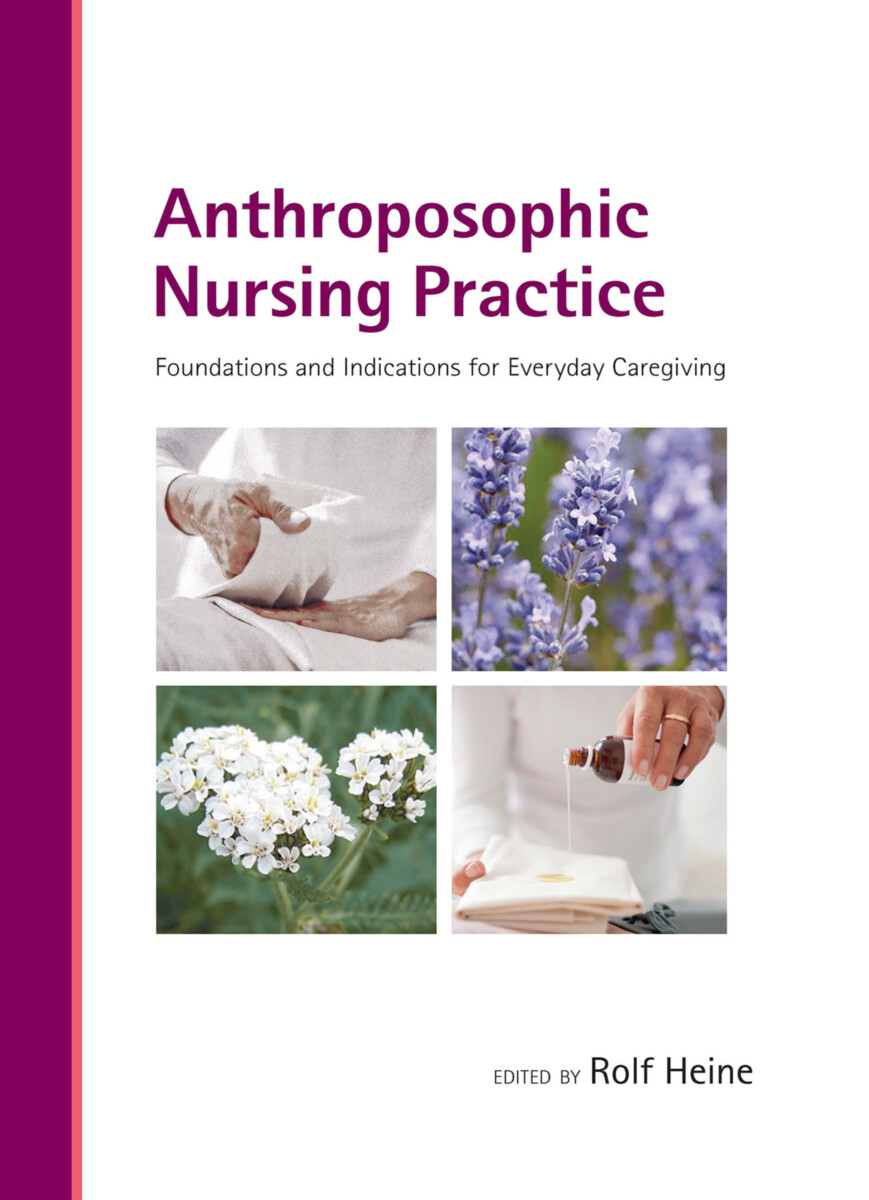 Foundations and Indications for Everyday Caregiving

Anthroposophic nursing care goes beyond the communicative approach of soft skills. Nurses form a bridge between treatment of the body and treatment of the patient’s soul and spirit by actively valuing the human body, paying attention to touch, using warmth, cold, air, and light to promote healing processes, and much more. Although physical wellbeing, autonomy, and youthfulness are central to our modern materialistic culture, our bodies actually receive little respect and appreciation, especially when they become ill and eventually old. Nursing values need to be rediscovered that respect the debased human being, embrace illness as a part of existence, and allow time for healing. A key aspect of this book involves the idea and practice of “nursing gestures,” relating inner attitudes and practical nursing activities to one another in detail through numerous examples and overviews.

Anthroposophic Nursing Practice shows not only the possibility, but also the practical experience of nursing care, which aims to be both holistic and optimistic. The knowledge and perspectives gathered in this book have matured through the work of several generations of anthroposophically oriented nurses, all striving to refine a truly integrative nursing practice.

This unique book will no doubt become the classic text on the important practice of anthroposophic nursing.

“This first English-language edition of Anthroposophic Nursing Practice shows not only the possibility, but the practical experience of nursing care which is both holistic and optimistic in its orientation. That is a cause for celebration!

“A monumental contribution to the field of nursing and health care in general. It will no doubt soon become the classic text in this important area. Anthroposophic Nursing Practice spans the full gamut of practices that should be a part of contemporary holistic therapeutic care and extends them in significant ways: biography, inner development (meditations), nursing gestures, rhythm, warmth, washing, wound care, pneumonia, rhythmical massage, compresses, and specializations, for example in childbirth, childhood education, psychiatric nursing, cancer, and geriatrics, including palliative care. Every nurse who approaches the care of their patients with a modern spiritual perspective will want this book on their shelf and moreover in their heart.”

“This fundamental and comprehensive book of anthroposophic nursing practice is the result of generations of practical experience in truly holistic nursing care. Here are nursing techniques that have matured over many years through anthroposophic nurses who have been striving to define a truly integrative nursing practice. They are simple, safe, effective, and humane. They open a whole realm of clinical practices that guide the body through illness by actively calling on the body’s own intrinsic healing processes.

“There are chapters that will be of very special interest, and also useful for laypeople who are caring for others, most notably the ones about caring for newborns at the beginning of life and for the elderly at the end of life.”

1. How Do You Learn Anthroposophic Nursing? (by Rolf Heine)

15. Pregnancy, Childbirth, and Puerperium as Stages of Human Becoming (by Anna Wilde & Regula Markwalder)
16. Neonatal Nursing Care. Care Is Education—Education Is Care (Inga Heine & Rolf Heine)
17. The Concept of Development as the Basis for Anthroposophically Extended Pediatric Nursing (by Carola Edelmann)
18. Psychiatric Nursing (by Klaus Adams)
19. From the Question of Meaning in Cancer to the Cultivation of the Senses (by Bernhard Deckers)
20. Anthroposophic Oncology Nursing (by Jana Schier)
21. Geriatric Care as Care for Human Beings (by Ada van der Star & Annegret Camps)
22. Aspects of Caring for Elderly People who are Mentally Ill or Confused (by Christel Kaul)
23. Caring for People with Dementia in Inpatient Facilities (by Heike Schaumann)
24. Palliative Care (by Christoph von Dach & Sasha Gloor)
25. The Care and Accompaniment of the Dying and the Deceased (by Gundren Buchol)

List of Products Mentioned, with US and European equivalents
About the Authors
Index

Anthroposophical Care for the Elderly

Handbook for Rhythmical Einreibungen
According to Wegman / Hauschka