BILL TRUSIEWICZ: Et ignotas animum dimittit in artes naturamque nouat. Bill takes this Latin phrase from Ovid’s Metamorphoses as his motto to identify his modus operandi. He translates it: “And his mind he addresses to unknown arts advancing the laws of nature.” It was written of Daedalus the legendary inventor of the famed labyrinth that housed the illegitimate son of the Cretan King Minos. As Daedalus held the keys to the Labyrinthine path leading to the Minotaur, Bill seeks to help others on their journey to conquer their own Minotaurs. And as Daedalus created wings for himself and his son Icarus, to fly from his imprisonment in Minoan Crete back to his homeland in Greece, so Bill endeavors, through art, to create wings for himself and others “to fly from lesser horizons.” Although Bill is an inveterate student with wide interests, love of beauty and experience and observation of LIFE have been his primary teachers. On this basis, he writes articles on spiritual topics, with an emphasis on the experiential, often related to language, Anthroposophy, Rosicrucianism, esoteric Christianity, Sophiology, and the Divine Feminine. His goal is to create a body of writing that is initiatory and allows readers to grow beyond themselves. Bill lives happily with his wife of 45 years in a small hill town between the Catskills of the Hudson Valley, New York, and the Berkshire Mountains of western Massachusetts. Bill’s published articles may be found at https://independent
.academia.edu/BillTrusiewicz. 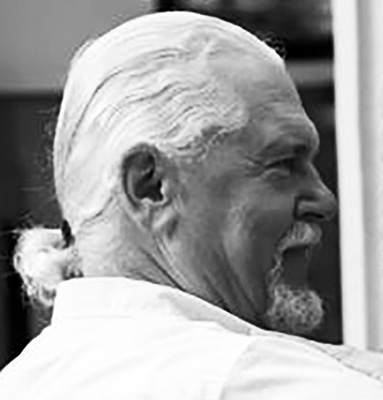