Carl Larsson (1853–1919) was born into a poor family in Stockholm, Sweden. He was accepted at the Stockholm Academy of Fine Arts at the age of thirteen and spent several years working as a newspaper and magazine illustrator. He moved to Paris, where, as a penniless artist, he met his wife Karin, also an artist. In 1888, they moved back to Sundborn in Sweden. Carl Larsson is best known for his lovely watercolor paintings of his home and family which were popularized through a series of books. 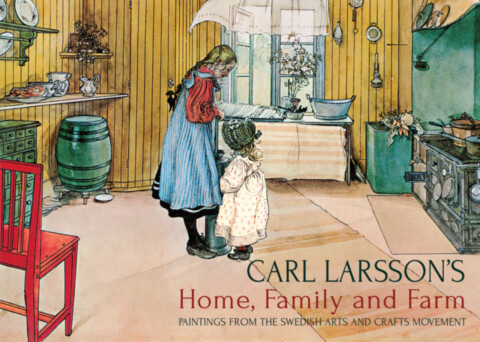 Paintings from the Swedish Arts and Crafts Movement