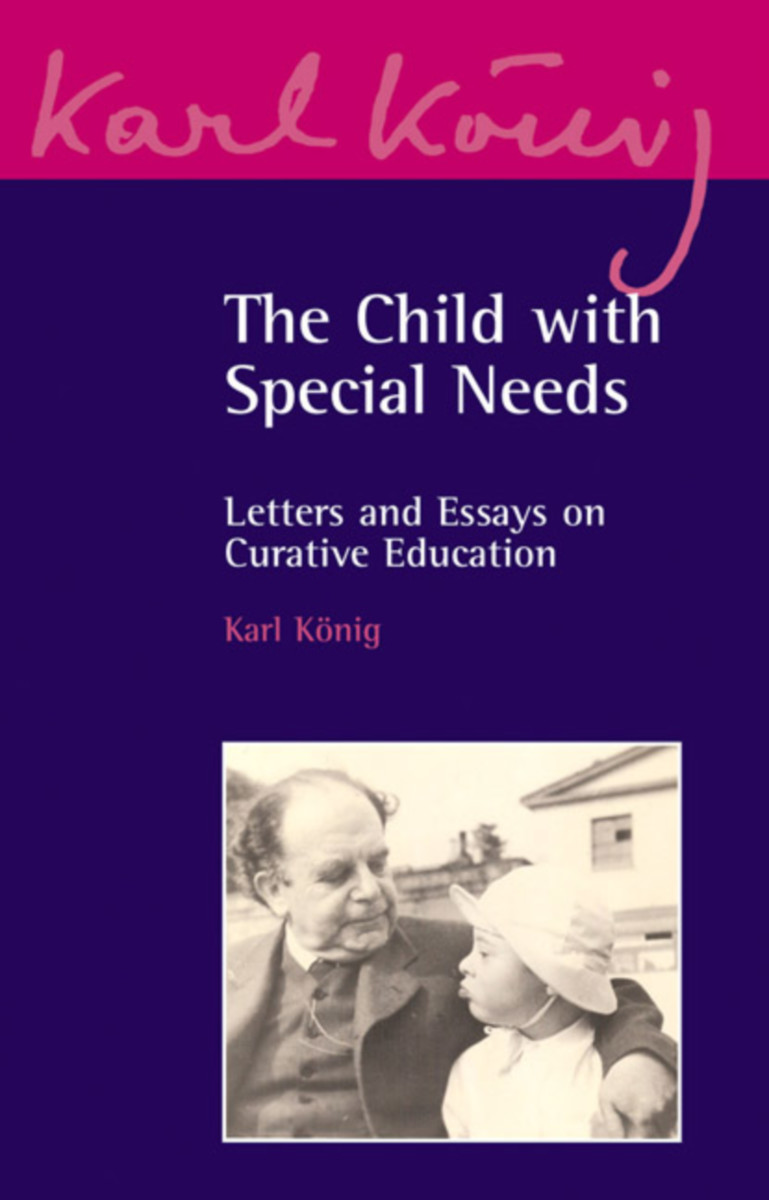 The Child with Special Needs

Letters and Essays on Curative Education

Karl König founded the Camphill movement and was a prolific lecturer and writer on a wide range of subjects, including Anthroposophy, Christology, social issues, therapeutic education, science, and history. The Karl König Archive is a program that will gradually publish all of König’s works.

In this remarkable collection of Dr. König’s letters and essays, he considers and discusses the fundamentals of special needs education. He shows that there are three core aspects of a successful holistic approach to healing. First is a positive social environment, which in the context of Camphill arises through small family units of caregivers and children. Second, the caregivers’ work is based on insightful understanding of the nature and potential of each disability. And third, medical treatment it imbued with courage to keep the faith that the impossible can be made possible.

This collection of Karl König's letters and essays makes a significant contribution to social and pedagogical discussions surrounding the fundamentals of special-needs education and therapeutic settings.

1. Letter to the Parents of Camphill at Lake Constance
2. To the Mother of a Down’s Syndrome Child

THE TASK AND ETHICS OF CURATIVE EDUCATION

THE HISTORY AND FUTURE OF CURATIVE EDUCATION

11. The Problem of Euthanasia
12. Euthanasia as a Challenge to Society Today