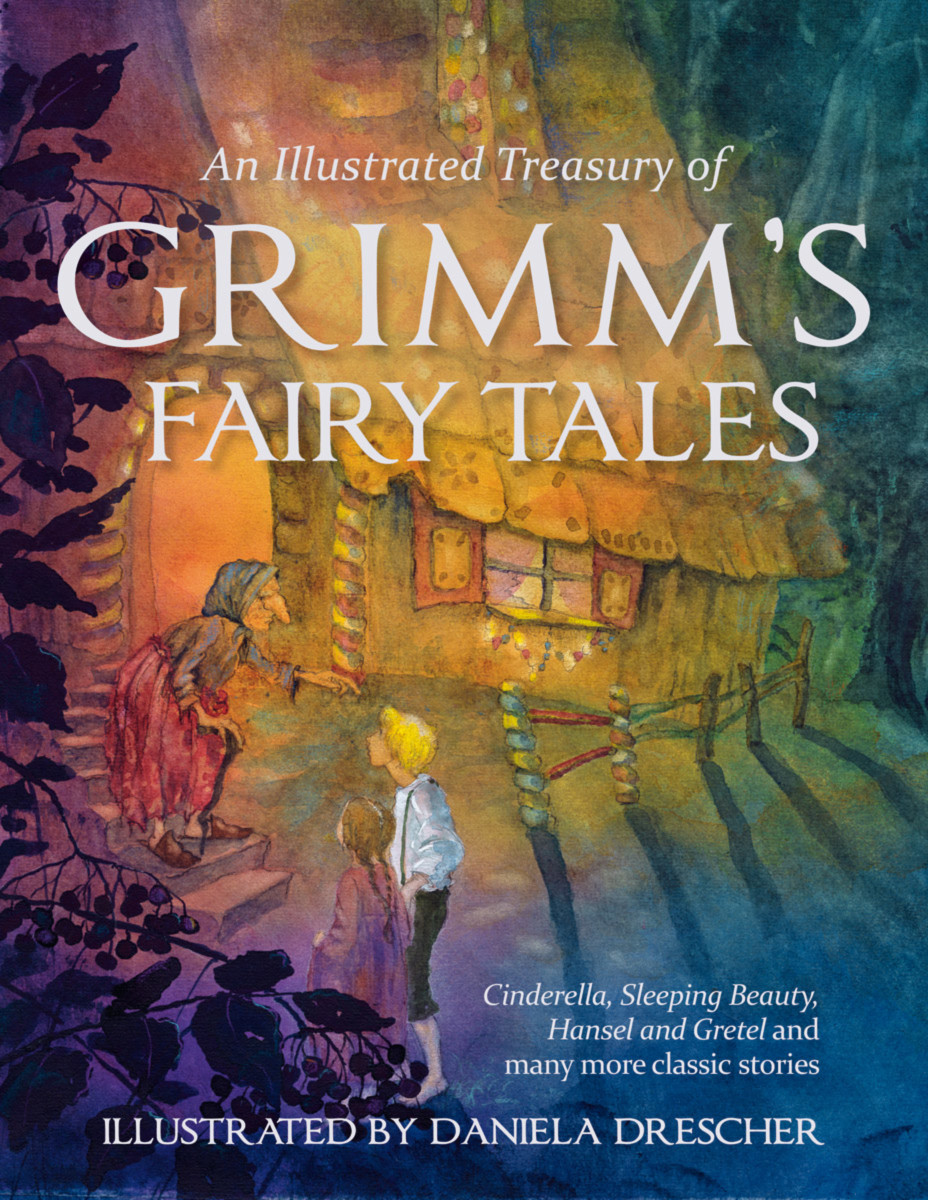 Two hundred years ago, the Brothers Grimm published their famous collection of folk tales, including these thirty much-loved stories of helpful elves; giants who can see into the next land; foolish but goodhearted lads; princesses with golden hair; faithful servants and wicked queens.

Each tale is brought to life with radiant, faithful pictures from Daniela Drescher, one of Germany's best-loved illustrators, which are sure to fire any child's imagination.

“[To illustrate Hansel and Gretel] Daniela Drescher offers a single, colorful painting of the children meeting the witch in front of a gingerbread house that seems to glow from without and within—a subtle prefiguration, perhaps, of the fiery oven into which Gretel will eventually push her captor. Ms. Drescher's paintings in this traditional and satisfying compilation of 30 Grimm tales put emphasis on the enchanted aspects of the folklore rather than the fear or the gore.”
—The Wall Street Journal

“This is a large, elegant, hardback book full of favorite fairy tales such as Rumpelstiltskin, Cinderella, and Snow White and the Seven Dwarfs as well as lesser-known tales such as Mother Holle. Daniela Drescher's beautiful watercolor illustrations are both ethereal and detailed. This would make a wonderful gift to be treasured by all generations.”
—Juno Magazine

'This collection from the Edinburgh based Floris Books is exceptional. The publishers' commitment to “high quality production values is realized in a robust, large format book with clear text setting. Drescher's delicate but vivid illustrations consist of full- and half-page paintings for each of the 30 selected stories, punctuated by pencil sketches and silhouette motifs. The paintings are in the magical romantic tradition, depicting vulnerable women and children, for the most part, confronting natural and supernatural terrors.... This is an invaluable collection, which re-imbues these seminal narratives with much of their thought-provoking and talk-provoking vividness.”
—Books for Keeps

“Children's Book of the Month: ...the stories are exquisitely and evocatively illustrated, adding a new, luminous dimension to their enchantment. A book to treasure forever.”
—Cygnus Review