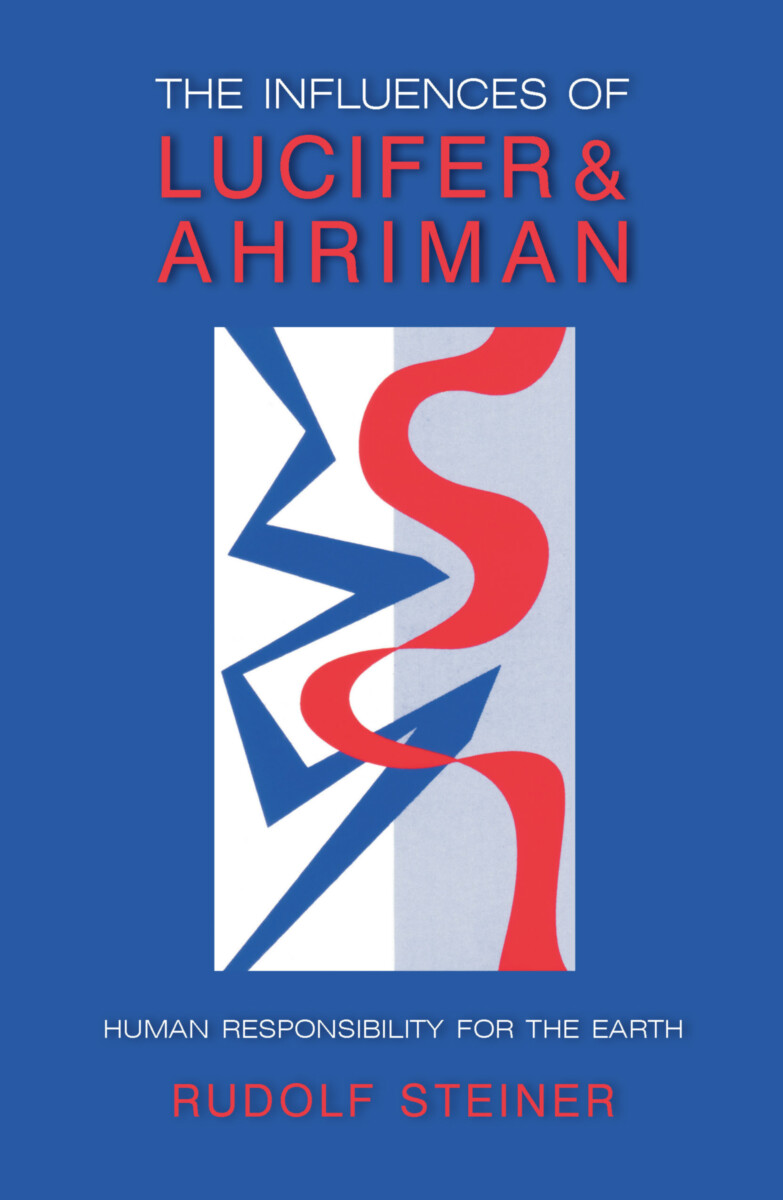 The Influences of Lucifer and Ahriman

“Human beings are dwellers in two worlds. Our uniqueness amongst the creatures of earth lies in this role that we have as half beast half angel. A dynamic tension exists because of the contrary demands which living in each of these realms places on us. We experience this on a daily basis, an internal tug-of-war, pulling first in one direction, then to the opposite pole. Whenever we are called upon to make a choice, a decision, the earthly and the heavenly draw us one way or the other and often both at once!” —Rudolf Steiner

In these lectures, Steiner focuses on the vital task of developing the proper orientation toward a free spiritual life. With great compassion and understanding, he offers telling examples of how humanity must walk a conscious middle way between the two tempting powers of Lucifer and Ahriman. He describes the incarnation of Lucifer in the third millennium before the Christ event, out of which flowed not just the wisdom of paganism, but also the conscious intellect we enjoy today. Ahriman, on the other hand, is shown approaching human beings through such phenomena as materialism, nationalism, and literalism, all in preparation for his incarnation in the third millennium.

Keep in mind, however, that these two powers do not work separately; rather, they are working increasingly together. Our task as human beings is to hold them in balance, continually permeating one with the other. Steiner tells us,

“Lucifer and Ahriman must be regarded as two scales of a balance, and it is we who must hold the beam in equipoise. How can we train ourselves to do this? By permeating what takes ahrimanic form within us with a strongly luciferic element.”

To accomplish this task we need a new, more conscious inner life.

The Incarnation of Ahriman
The Embodiment of Evil on Earth

The Universal Human
The Evolution of Individuality
OR