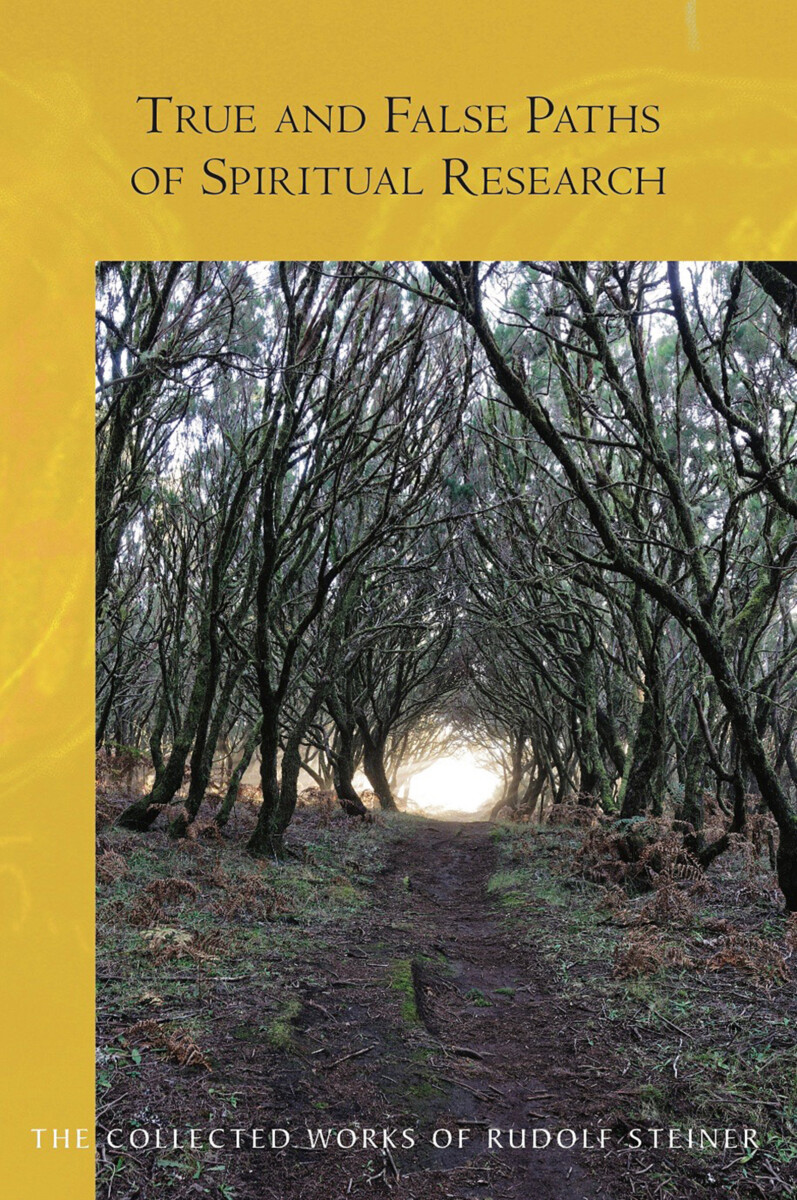 “Bearing in mind we are dealing here with spiritual research and not just spiritual experiences in general, a ‘true’ path in this sense is one that leads to genuine and reliable results that advance our knowledge of the human being and the world. A ‘false’ path is one that uses methods that are inappropriate for the subject, or anachronistic, or occur in a drug-altered or dulled state of consciousness; for although these may involve momentous experience for the experiencer, they tend to be too subjective or chaotic to be of value for the purposes of knowledge” (from the introduction).

In these cherished lectures, Rudolf Steiner posits a question: Why investigate the spiritual worlds at all? He then explores the contemporary need for spiritual knowledge and authentic paths that can lead to it.

Speaking in Torquay, England, at the International Summer School (organized by his friend and colleague D.N. Dunlop), Steiner surveys the differences in various types of consciousness—from ancient to modern times, in waking and dreaming, from space into time—and the changes that have taken place in relation to knowledge and science in history.

Rudolf Steiner then discusses the mystery nature of crystallized minerals and metals, such as copper and silver, and their relationship to the planets. He also describes how the ages of life can become organs of perception. In a dramatic conclusion Steiner explains the role of moon beings; ahrimanic elemental beings; and the true nature of mediumship, ectoplasm, and spiritual possession.

Presented here in a fresh translation that corrects many errors in previous editions, the text is complemented with notes, an introduction by Paul King, and an index.

1.  Nature Is the Great Illusion: “Know Thyself”
2.  The Three Worlds and their Reflected Images
3.  Form and Substantiality of the Mineral Kingdom in relation to Human Levels of Consciousness
4.  The Secret of Research into other Realms through the Metamorphosis of Consciousness
5.  The Inner Enlivening of the Soul through the Qualities of Metals
6.  Initiation Science
7   Star Knowledge
8.  Possible Aberrations in Spiritual Research
9.  Abnormal Ways into the Spiritual World and How to Transform Them
10. Influences of the Extraterrestrial Cosmos as Human Consciousness
11. To What Extent is Spiritual Research Accepted?

The Principle of Spiritual Economy
In Connection with Questions of Reincarnation: An Aspect of the Spiritual Guidance of Man (CW 109)