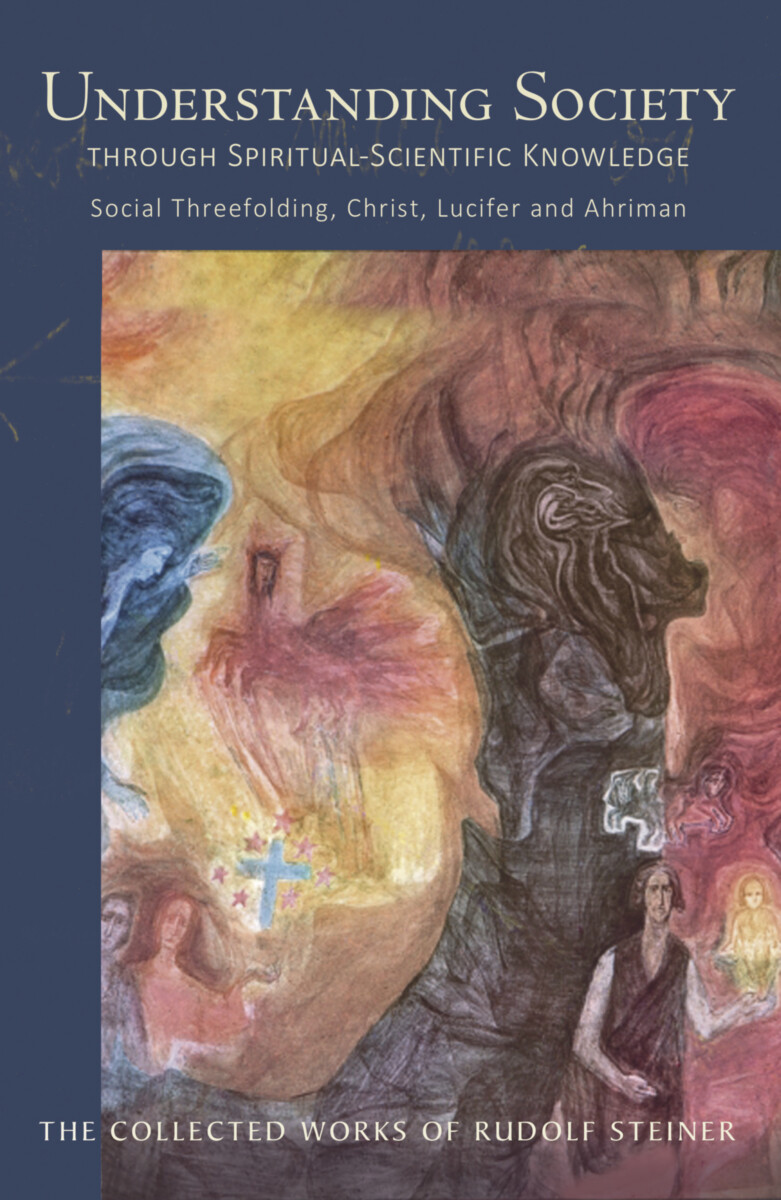 “The spirit of cold divisiveness and isolationism, of unsympathetic feeling and enmity, of action either immobilized or excessively violent, is clearly incarnating amongst us. But Steiner offers us remedies, and in an insight of real genius, instead of dogmatically castigating the coldness of science or of self-referential voluptuousness of our subjective feelings, he proposes a beautiful reversal: to regard ourselves and our subjectivities with scientific objectivity, and to observe the outer world and its phenomena with all the subjective warmth of our keenest interest. For me, this has all the persuasive depth, simplicity, and difficulty of a true way forward.” — Matthew Barton (from his introduction)

In the uncertainty following World War I, Rudolf Steiner perceived a unique opportunity to establish a healthy social and political constitution. He began lecturing throughout post-war Germany, often to large audiences, about his social ideas. Here, speaking to a more intimate grouping at the Goetheanum in Dornach, Switzerland, Steiner seeks to deepen the themes of social threefolding, showing specifically how new social thinking is integral to Anthroposophy.

Steiner speaks about the superficiality of a materialistic view of history, originating with the economic shift among the population at the time of the Reformation. During the Egypto–Chaldean era, initiates ruled from spiritual impulses. Later, in the Greco-Roman period, priests held power over their congregations. Today, homo economicus (the economic human) has become the dominant idea as capitalists and bankers assume control. However, healing social relationships can be done only through a different mode of thinking—the life of spirit must be separated not only from politics but also from economics. True social understanding allows our comprehension of karma and appreciation of each individual's personal destiny. In the meantime, Steiner tells us, we should work toward global consciousness, as true social ideas are based on people's feeling that they are citizens of the world.

In an important corollary, in these lectures Steiner investigates the incarnations of three significant spiritual beings in human evolution—Lucifer, Christ, and Ahriman. Lucifer incarnated during the third pre-Christian millennium; Christ incarnated at the dawn of a new age; today, an incarnation of Ahriman in the West is immanent. Ahriman is preparing this incarnation by insidiously promoting certain ideas—in particular, that economic security is sufficient for healthy public life. Fresh wisdom must be achieved through free human will, says Steiner; otherwise, we will succumb to Ahriman.