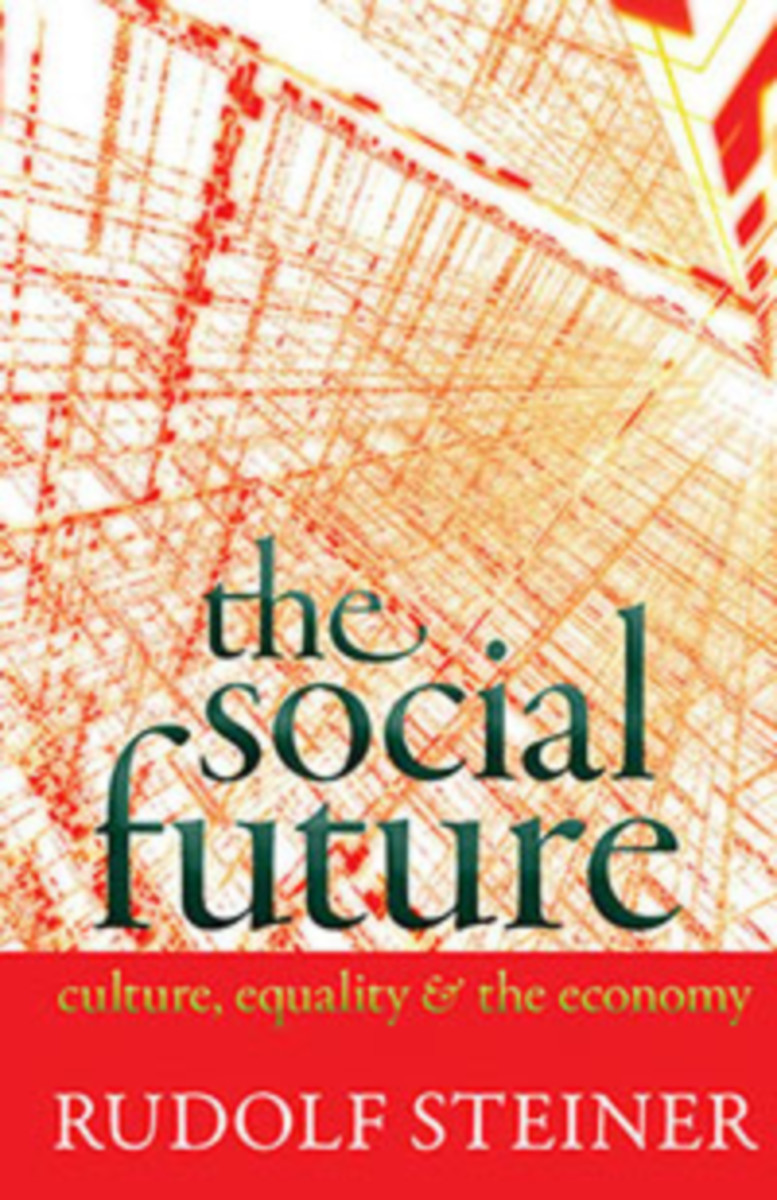 In 1919, shortly after World War I, the structure of society and the economy, both in Germany and globally, became a primary concern for Rudolf Steiner. In addition to writing The Threefold Social Order, in which he presented his ideas for social renewal, Steiner also gave lecture courses on the topic that year, including:

Also that year, Rudolf Steiner published his “Appeal to the German People and the Cultural World," which began: “Resting on secure foundations with the assurance of enduring for untold ages”—this is what the German people believed of their empire, founded half a century ago. Today, they can see only its ruins. Deep searching of the soul must follow from such an experience.

In The Social Future, Rudolf Steiner presents what he saw as the underlying social problems of his time and offers his approach to solutions for a more successful and equitable social future. What he has to say is remarkably suited to our time, almost a century later. His predictions have come to pass, yet few of his recommendations have been implemented on any large scale.

The Social Future is a translation from German of Soziale Zukunft (GA 332a), Rudolf Steiner Verlag, 1977.

1. The Social Question: Humanities, Law, and the Economy
2. Economic Organization on an Associative Basis
3. Legal Issues and Democracy
4. Spiritual Science, Education, and Social Art
5. Spirituality, Politics, Economics, and a Threefold Society
6. Nations, the Global Economy, and the Threefold Society

The Threefolding Movement, 1919
A History: Rudolf Steiner’s Campaign for a Self-governing, Self-managing, Self-educating Society
OR