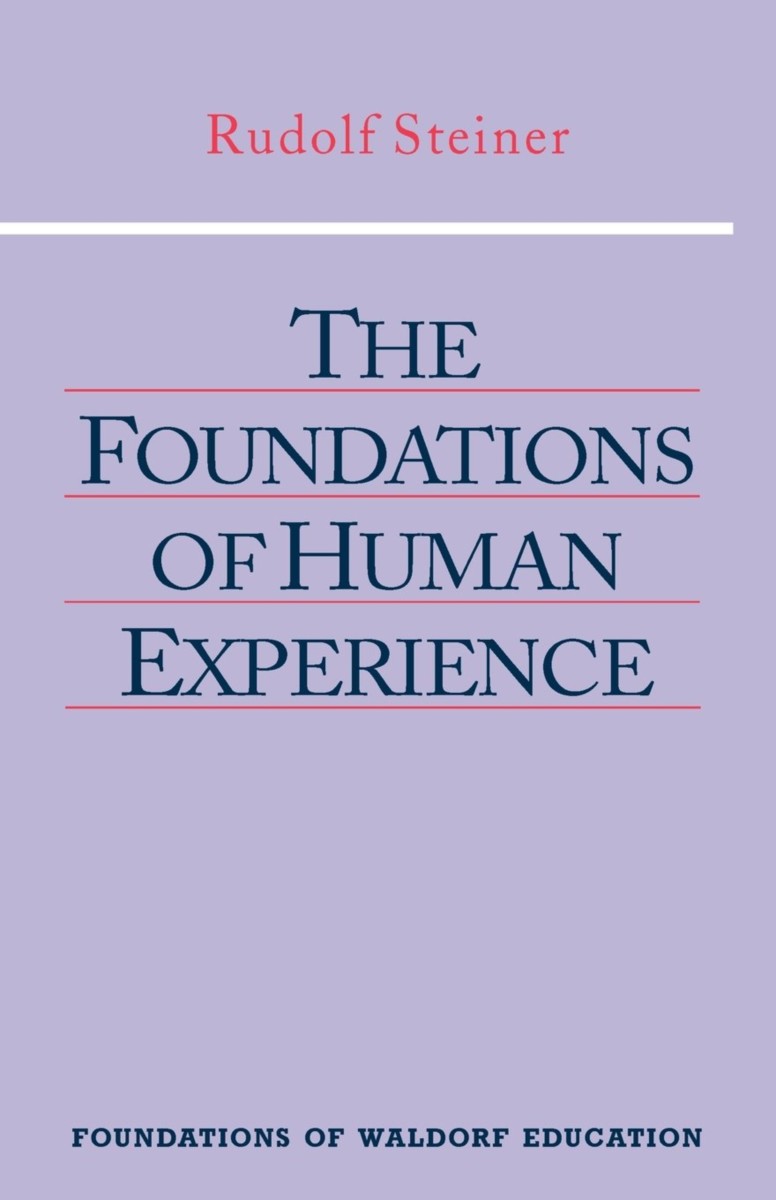 The Foundations of Human Experience

This course on education contains some of the most remarkable and significant lectures ever given by Rudolf Steiner. Because these lectures were given to teachers, however, they have suffered the misconception that they are useful only to teachers. Any teacher who wants to teach in a way that encompasses the whole child certainly needs a functional understanding of what Steiner presents here, but these lectures will also greatly benefit parents, psychologists, counselors, or anyone else involved with child development.

Steiner gives his most concise and detailed account of human nature in these lectures, which are absolutely essential for anyone who wants a deeper understanding of Steiner's spiritual science. Those who are willing to work through this work will discover here a new, powerful, convincing, and profoundly phenomenological “anthropology” of human spiritual psychology.

In these lectures, Steiner laid out for the first time the principles that form the basis for renewing the art of teaching. The Foundations of Human Experience is probably the most important text for studying and understanding the human developmental and psychological basis of Waldorf educational principles.

A discussion with Dr. Stephen Sagarin on Rudolf Steiner's Foundations of Human Experience

Read the Foreword by Henry Barnes