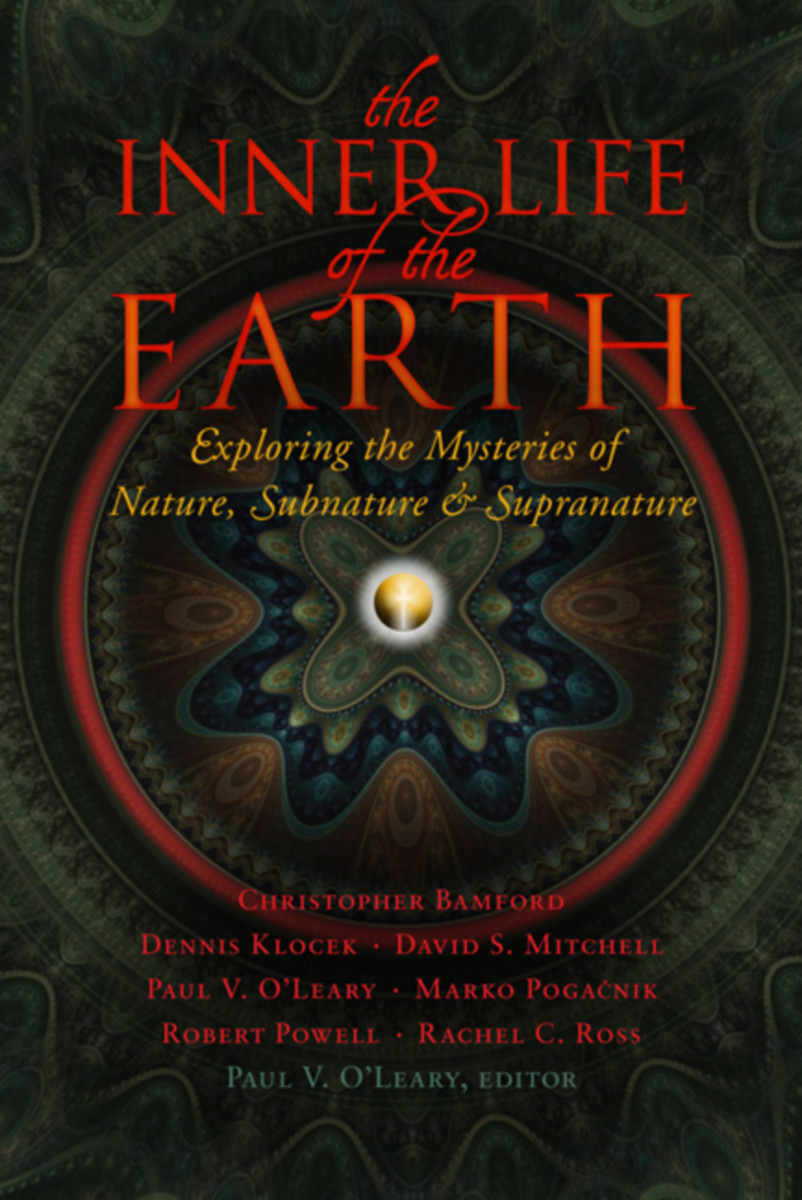 The Inner Life of the Earth

“Our very ‘I’ consciousness is possible because the mineral earth—the first layer of the interior of the Earth—and the other chthonic regions exist. Our human nature is a reflection of the subearthly and supraearthly realms that comprise the macrocosm and the microcosm. ‘The true meaning of the microcosm–macrocosm analogy is not that the human being is a little cosmos, but that the cosmos is a big human being.’ From this perspective, it makes complete sense that the subterranean realms described by spiritual science live within the deepest realms of our human nature and subconscious life of darker feelings and will. Deep within the human being, they radiate into the shadows of thought. This region is more familiarly known as Hell, Hades, or the Abyss. The subterranean spheres, then, are the Earth’s ‘dark side’” (from Paul V. O’Leary's introduction).

Throughout human history, ancient wisdom and traditional myths have placed human beings between the heavens and the underworld, describing the heavens as the light-filled realm of the gods and the source of goodness, and characterizing the underworld as a demon-filled realm of darkness and the source of evil. Modern science, however, denies the heavens and knows little of the Earth’s interior — even physically — beyond the first few miles, after which it simply resorts to conjecture based on the extrapolation of existing sensory data. In other words, natural science fails to take into account that the Earth is a living, spiritual being and ignores the presence of its soul-spiritual qualities and influences.

To remedy this, during the early twentieth century, Rudolf Steiner researched the psychic, spiritual, and cosmic nature of the Earth’s interior. He described how the different layers of the inner Earth affect and interact with human beings living on Earth. More theologically and cosmically, he spoke of the layers of “Hell,” through which Jesus Christ traveled in the period between the Crucifixion and the Resurrection, uniting and integrating himself with the Earth and with human destiny.

The seven authors in The Inner Life of the Earth approach this difficult and little-discussed topic from different directions. They discuss how the forces emanating from the interior of the Earth affect the weather, our atmosphere, human beings, and how human behavior in turn affects them, showing that earthly and human evolution are a unity and should never be thought of as occurring separately. They also discuss the deep significance of Christ’s incarnation, by which he united with the Earth to become the Spirit of the Earth.

Without Christ’s deed, the Mystery of Golgotha, which reunites cosmic and human evolution with the divine, human beings would be unable to work in freedom with Christ or with Sophia, divine feminine Wisdom, in her form as the Soul of the Earth, to overcome evil and help lift all creation toward goodness and greater human, cosmic, and divine fellowship.

1. Evil: Our Dance Partner through Life by David S. Mitchell
2. As Above, so Below—as Below, so Above by Dennis Klocek
3. Subnature and the Second Coming by Robert Powell
4. Portals to the Inner Earth by Marko Pogačnik
5. Transforming Subearthly Energies through Eurythmy by Rachel C. Ross
6. The Mineral Earth as the Gateway to Freedom and the Subterranean Spheres: The Ministry of Jesus Christ by Paul V. O’Leary
7. Paradoxical Thoughts on Christ and Sophia in the Human Mystery of the Earth by Christopher Bamford

Paul V. O'Leary was a real estate appraiser and attorney who specialized in forensic appraisals and the appraisal of conservation properties. He wrote, taught, and lectured extensively on real estate economics and appraisal for The Appraisal Institute, The Massachusetts Board of Real Estate Appraisers, the American Society of Appraisers, and the Massachusetts and United States Bar Associations. He was also a special faculty member of the Lincoln Institute for Land Policy in Cambridge, Massachusetts, a think tank associated with Harvard University, with an international portfolio, researching, publishing, and teaching on real estate planning and taxation issues.

Rachel C. Ross is an educator and eurythmist of wide experience. She holds a diploma in Artistic and Pedagogical Eurythmy from the London School of Eurythmy; a diploma in Therapeutic Eurythmy from the Medical Section of the Goetheanum in Dornach, Switzerland; and a Masters of Science in Education from Sunbridge College in New York. Rachel specializes in treating children with developmental disorders and learning disabilities. She has been involved as a developmental specialist, designing and implementing programs, training staff, teaching, and consulting at Waldorf and public schools. Rachel is a faculty member and co-director of the Waldorf Resource/Remedial Teacher Training Programs in Spain, Brazil, Ireland and Toronto. These training initiatives are in partnership with the Association for Healing Education. She maintains an active practice in therapeutic eurythmy and remedial movement therapy and is a traveling consultant to many Waldorf and private schools nationwide. She is the author of Adventures in Parenting(AWSNA, 2008).

David S. Mitchell has been a Waldorf teacher for thirty-six years. He was a class teacher and one of the founding teachers of the Pine Hill Waldorf School in Wilton, New Hampshire, and then taught Life Sciences, Shakespeare, Geometry, Blacksmithing, Woodworking, and Stone Sculpture in Waldorf High Schools for twenty-six years. He is an adjunct professor at Antioch College and has served as a leader in the Association of Waldorf Schools in North America in various capacities since the 1980s. In 1997, the Amgen Corporation selected him as one of the top two teachers in the state of Colorado. He is the chair of publications for AWSNA and serves as the codirector of the Research Institute for Waldorf Education. He has edited scores of books over the years and is the author of several books, including Will-Developed Intelligence.