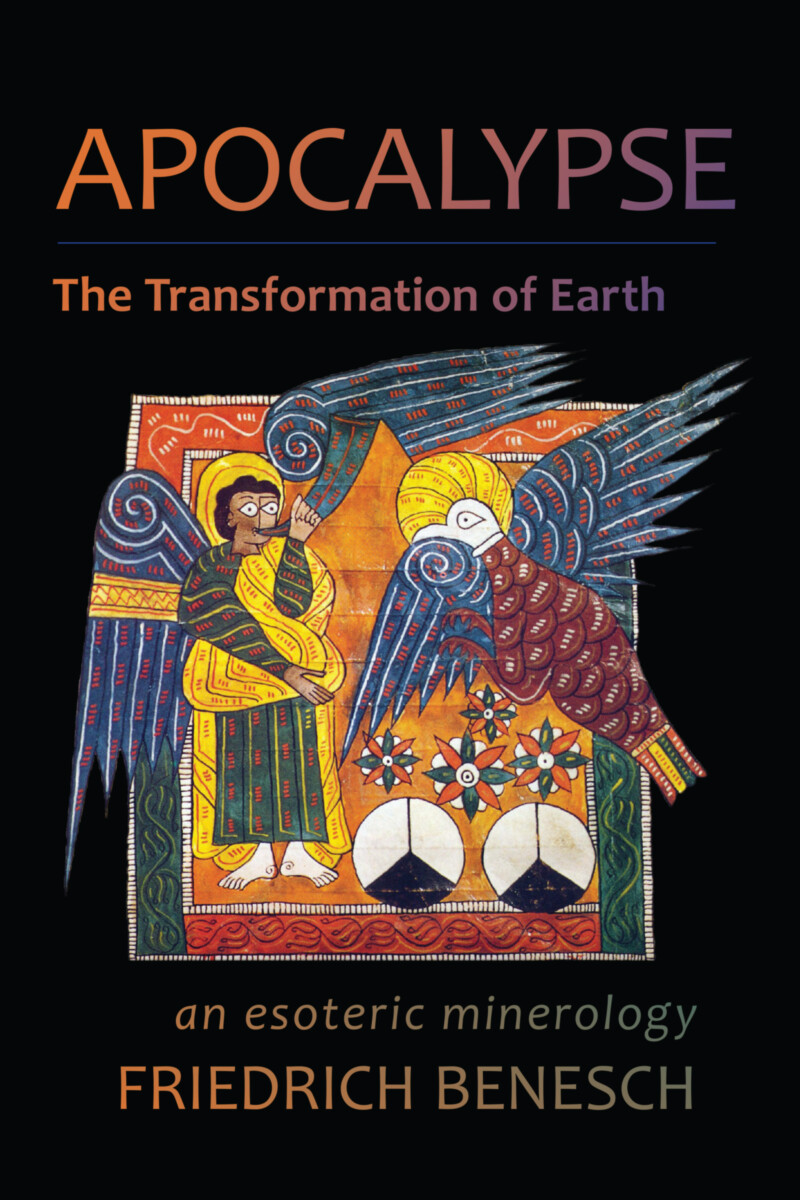 Apocalypse, the Transformation of Earth

“Crystals, mineral crystals, become wonderful objects of research and observation precisely for the person seeking entry into the spiritual worlds.... What we see down here as crystallized minerals is caused by the living spirit found in the expanse of the cosmos.” — Rudolf Steiner

It is often argued that the images of St. John’s Revelations are intended in a purely symbolic way. If this is so, the mineral appears as a symbol for something of a soul-like and spiritual nature. The Revelator however, did not see symbols but realities; even a symbol can be genuine only if something of the reality for which it stands shines through. It must, in a real way, be inwardly identical with what it intends, the essence from which it stems. Thus, it must arise from the same reality. Otherwise it contains no meaning.

The images of the minerals in the Apocalypse are just as much reality as the minerals are on Earth. Neither is essential; both are simply manifestations of something essential. Hence, both are truly apocalyptic—the mineral we hold in our hand and the image we hold in our mind. They reveal themselves mutually.

This book juxtaposes the objects of sensory appearance and natural-scientific research with the sayings of the Revelation of St. John to express the joint background of the appearances. One connected with the other can then lead to an encounter with the essence. Thus, we are dealing with an “esoteric mineralogy.”

Friedrich Benesch enables a renewed encounter between the human being and mineral being, from which essence and future can then shine forth. Anyone wanting to look more deeply into the Book of Revelations should read this beautifully illustrated, unique work on its meaning and its significance for both today and the future of humankind and the Earth.

Part 1: The Apocalypse and Its Images

Part 2: Spirit in the Mineral Realm

1. Forming the Question
2. Minerals and Humanity
3. Inner Life and Future Earth
4. Minerals and the Human Body
5. Cultic Action
6. Four Questions from One
7. The Human Being
8. Minerals
9. Earth and Macrocosm
10. Evil and Minerals
11. Summary

Friedrich Benesch (1907–1991) was born in a German-speaking part of Romania and earned doctorates in biology, theology, and anthropology. He was later ordained in The Christian Community and became the leader of its seminary in Stuttgart in 1957. He traveled, lectured, and published extensively.

The Foreword by Robert Sardello, PhD
The Preface by Friedrich Benesch