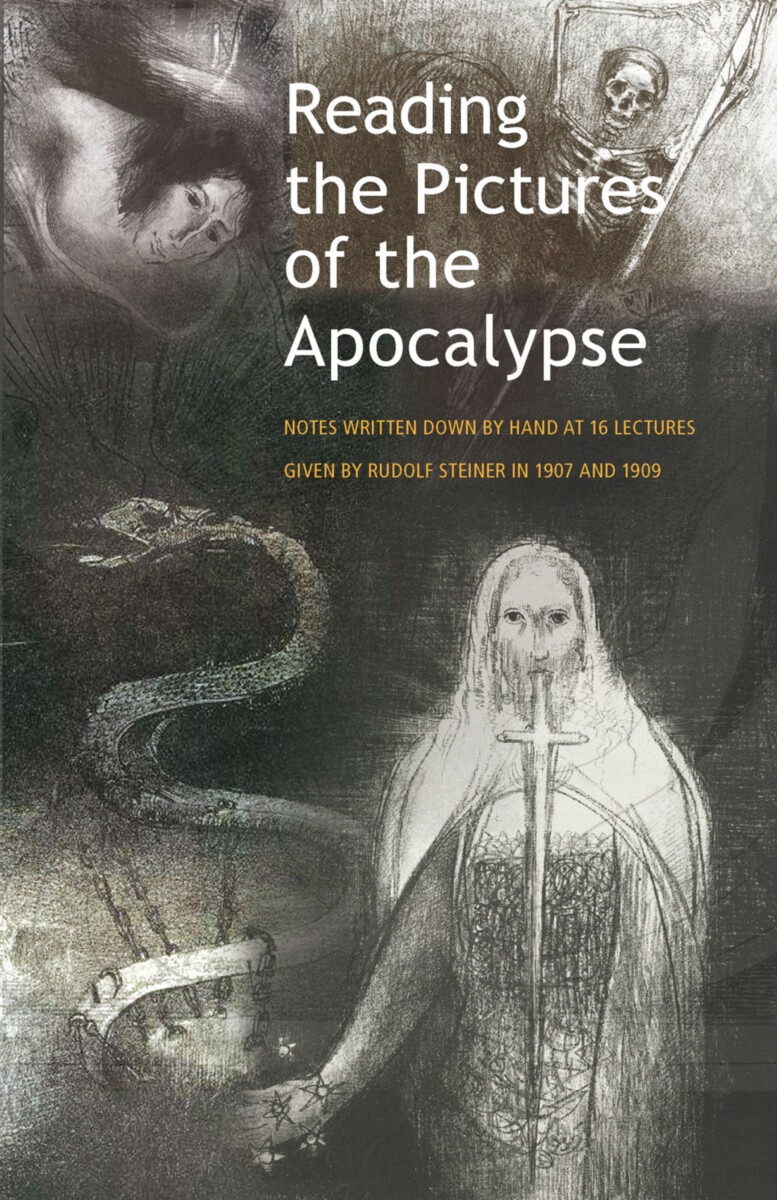 Reading the Pictures of the Apocalypse

“In the New Testament it says that the second coming of Christ will occur in the realm of the clouds. What Steiner's lectures make clear is that some of these clouds will be very dark, bringing thunder and lightning.” — James H. Hindes

We can be overwhelmed by the fearsome pictures of our current world situation, which reflect powerful spiritual events taking place today. This book is based on notes written down at 16 lectures given in 1907 and 1909, presenting Rudolf Steiner’s masterful account of the meaning of the most esoteric book in the Bible. They instruct a practice and inner training in reading the signs of the times, so that we can prepare responsibly and in full consciousness to meet the challenges that humanity is facing now and in the future.

In aphoristic, intense sections, Steiner surveys the sweep of world history on a cosmic scale. His penetrating interpretation of the Apocalypse shows how the human soul will evolve and change through the present and coming great conflagrations.

• the nature of the third millennium;
• Sorat and the significance of the number 666;
• the War of All against All;
• the Second Coming of Christ;
• the true nature of the "I";
• how future possiblities will depend on our present actions.

"The Apocalypse of Saint John, when properly understood, expands our conception of Christianity to cosmic proportions again. It reveals in images―in a kind of picture language―the deepest secrets of earthly and human evolution. These images contain the power of the Word, the Logos. Taken into the soul, they transform; over time, they can initiate. This is the connection between the Apocalypse and the work of Rudolf Steiner, who said that simply hearing and reading the results of anthroposophical research can gradually transform the human soul and awaken in us  the ability to perceive the spirit." (from the introduction)

Revelation
A Cosmic Perspective
OR