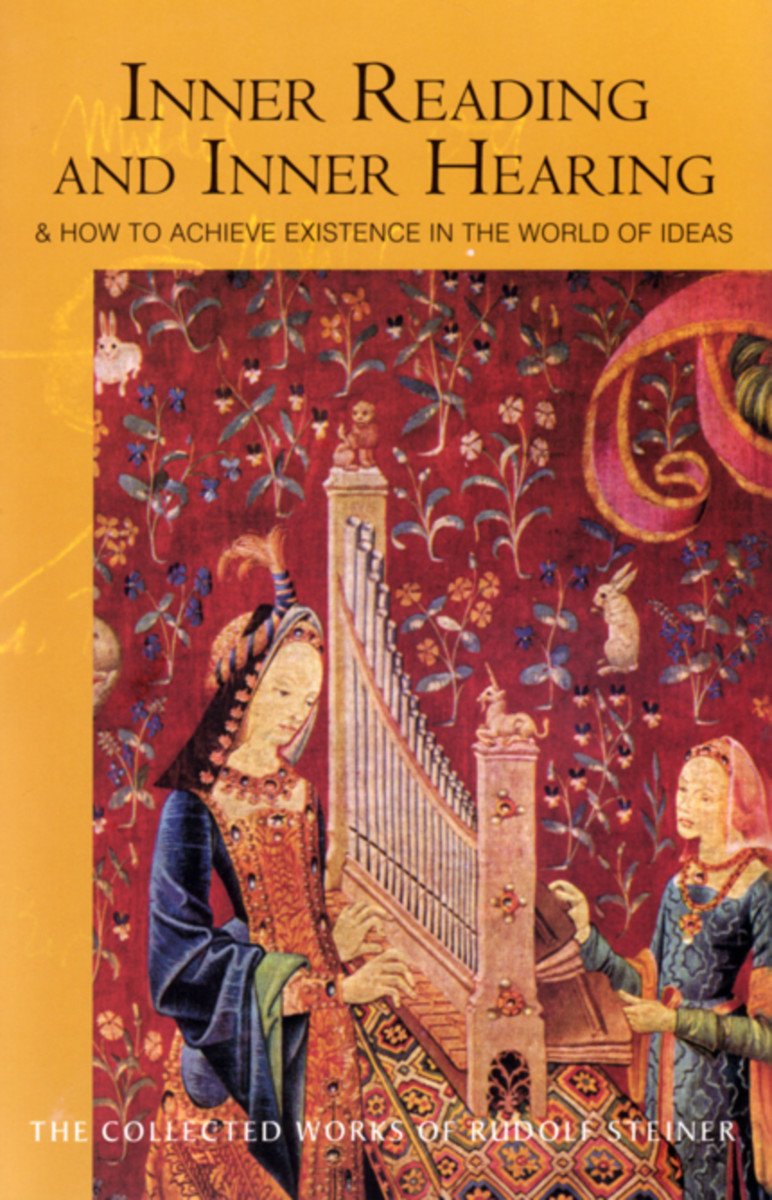 These two lecture courses, given just after the beginning of World War I, stand as a kind of unexpected gift. A few months later, once the war became a reality, the possibilities for esoteric work would change and it would become more difficult to do spiritual research. But in the short interval before the true horror of the conflict unfolded, Rudolf Steiner—almost by the way—was able to give these lectures, which lay out in the clearest fashion the path of anthroposophic meditation, and its assumptions, language, and consequences.

The first lectures expand on the idea of inner “reading” and “hearing” as the path to spiritual knowing. The spiritual world gives something and we, as spiritual researchers, receive and then read or interpret it. Spiritual knowledge is not a matter of will, desire, or intention on our part, but a gift from the spiritual world for which we must prepare ourselves by silencing our desires, emptying ourselves, and presenting ourselves in humility and devotion to the spiritual world. Then we become aware of the reality that the spiritual world is nowhere else but here, all around us; and if we dissolve the sense of being skin-bound, we can become open to it, reflect its images in our astral bodies, and then learn to read them by identification. Steiner describes this complex, subtle, existential and living process, in which ultimately we can become one with the universe, in a masterful way from which anyone who meditates, or wishes to begin to meditate, will gain a great deal.

The second lecture cycle, “How to Achieve Existence in the World of Ideas,” deepens the themes developed in the first cycle, so that the two together provide a useful guide to the processes underlying meditation or learning to know the spiritual world. At the same time, because work was just beginning on the building that would become the Goetheanum, Steiner connects the esoteric principles of its design with the overall theme of the suprasensory human being in relation to meditation and spiritual knowing.

The volume closes with two wonderful lectures in celebration of Christmas. Here Steiner has a threefold emphasis: Christ, supraearthly, glorious, and divine, fully united with humanity and the Earth and born in each human heart. To celebrate Christmas truly means that we recognize all three of these as one in the spiritual world, in the earthly world, and in ourselves.

This volume is a translation from German of Okkultes Lesen und okkultes Hören (GA 156).

1. The Human Being in Relationship to the World
2. Identification with the Signs and Spiritual Realities of the Imaginative World
3. The Vowels and Consonants of the Spiritual World
4. Inner Mobility of Thought
5. Times of Expectation

PART II: How to Achieve Existence in the World of Ideas

6. The Human Organization, Memory, and Inner Reading
7. Microcosm and Macrocosm: Human Gestures and the Life of the World
8. Human Beings as illuminators of the Cherubim, heaters of the Seraphim
9. The Separation of Art, Science, and Religion

PART III: The Celebration of Christmas

10. Toward a New Understanding of the Mystery of Golgotha
11. The Birth of Christ in the Human Heart