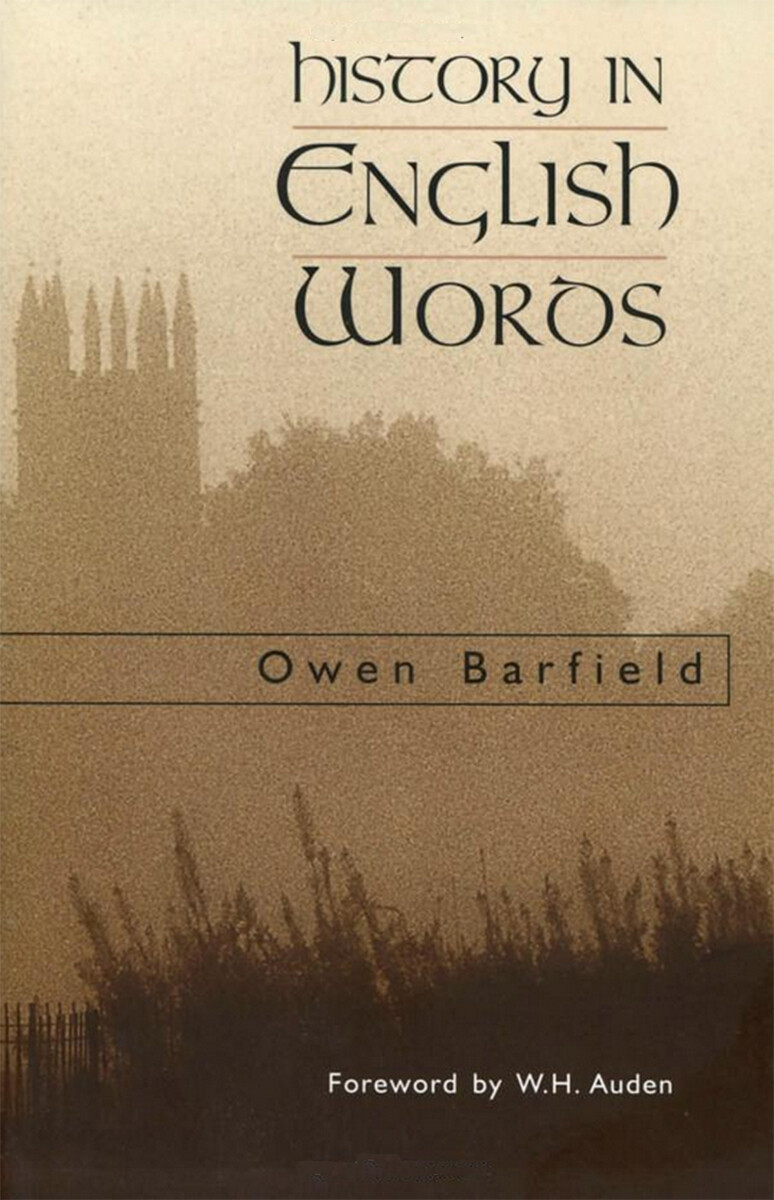 “In our language alone, not to speak of its many companions, the past history of humanity is spread out in an imperishable map, just as the history of the mineral earth lies embedded in the layers of its outer crust.... Language has preserved for us the inner, living history of our soul. It reveals the evolution of consciousness” —Owen Barfield

For more than three-quarters of a century, Owen Barfield produced original and thought-provoking works that made him a legendary cult figure. History in English Words is his classic excursion into history through the English language.

This popular book provides a brief, brilliant history of the various peoples who have spoken the Indo-European tongues. It is illustrated throughout by current English words whose derivation from other languages, and whose history in use and changes of meaning, record and unlock the larger history.

The English Nation:
∞ Philogy and the Aryans
∞ The Settlement and Europe
∞ England before the Reformation
∞ Modern England

Owen Barfield (1898–1997), the British philosopher and critic, has been called the “First and Last Inkling,” because of his influence and enduring role in the group known as the Oxford Inklings. The Inklings included C.S. Lewis, J.R.R. Tolkien, and Charles Williams. It was Barfield who first advanced the ideas about language, myth, and belief that became identified with the thinking and art of the Inklings. He is the author of numerous books, including Poetic Diction: A Study in Meaning; Romanticism Comes of Age; Unancestoral Voice; History in English Words; and Worlds Apart: A Dialogue of the 1960s. His history of the evolution of human consciousness, Saving the Appearances: A Study in Idolatry, achieved a place in the list of the “100 Best Spiritual Books of the Century.”