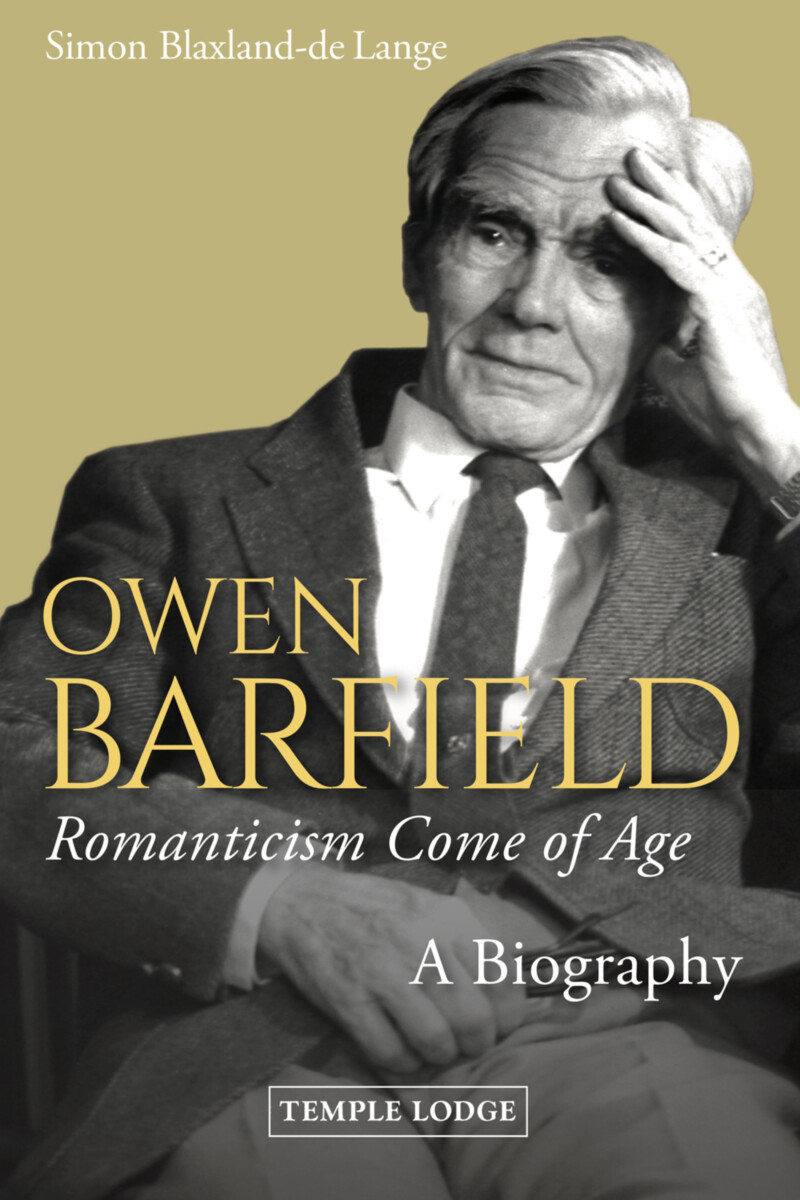 “Barfield towers above us all...the wisest and best of my unofficial teachers.” —C.S. Lewis

“We are well supplied with interesting writers, but Owen Barfield is not content to be merely interesting. His ambition is to set us free from the prison we have made for ourselves by our ways of knowing, our limited and false habits of thought, our ‘common sense.’” —Saul Bellow

Owen Barfield—philosopher, author, poet, and critic—was a founding member of the Inklings, the private Oxford society that included the leading literary figures C.S. Lewis, J.R.R. Tolkien, and Charles Williams. Lewis, who was greatly affected by Barfield during their long friendship, wrote of their many heated debates: “I think he changed me a good deal more than I him.”

Simon Blaxland-de Lange’s biography (the first to be published on Owen Barfield) was written with the active cooperation of Barfield himself who, before his death in 1997, gave numerous interviews to the author and shared many of his papers and manuscripts. The fruit of this collaboration is a book that penetrates deeply into the life and thought of one of the most important figures of the twentieth century. It studies two pf Barfield’s influences—the Romantic poet Coleridge and the philosopher Rudolf Steiner—and elaborates on his profound personal connection with C.S. Lewis.

This biography also features a sketch in his own words (based on interviews with the author), describing Barfield’s strong relationship with North America and his two professions as lawyer and writer.

1. Owen Barfield: A Biographical Sketch Based on His Own Words

2. Owen Barfield and America
3. Barfield and Coleridge
4. The Vancouver Lectures: Evolution of Consciousness
5. Positivism and Its Residues
6. The Effects of Idolatry
7. The Force of Imaginative Thinking
8. “Sir, I thank God for you . . .”

9. Owen Barfield and C. S. Lewis
10. Owen Barfield and Rudolf Steiner
11. English People
12. Language as a Key to the Past
13. Poetry, Drama, and Magic
14. Vision for a Future Social and Cultural Order
15. Bonds of Love and Friendship

Simon Blaxland de Lange has for many years worked as an educator for people with special needs. He is also a prolific writer and translator and an amateur musician and gardener. Blaxland de Lange helped establish Pericles Translations and Research, Pericles Training and Work (for adults with special needs), and the Pericles Theatre Company. Together with Dr Vivian Law, he cofounded the Humanities Research Group in 1997 and the British group of the Humanities Section of the School of Spiritual Science in 1998. He met Owen Barfield in 1979, and has been a student of his work for the past thirty years.