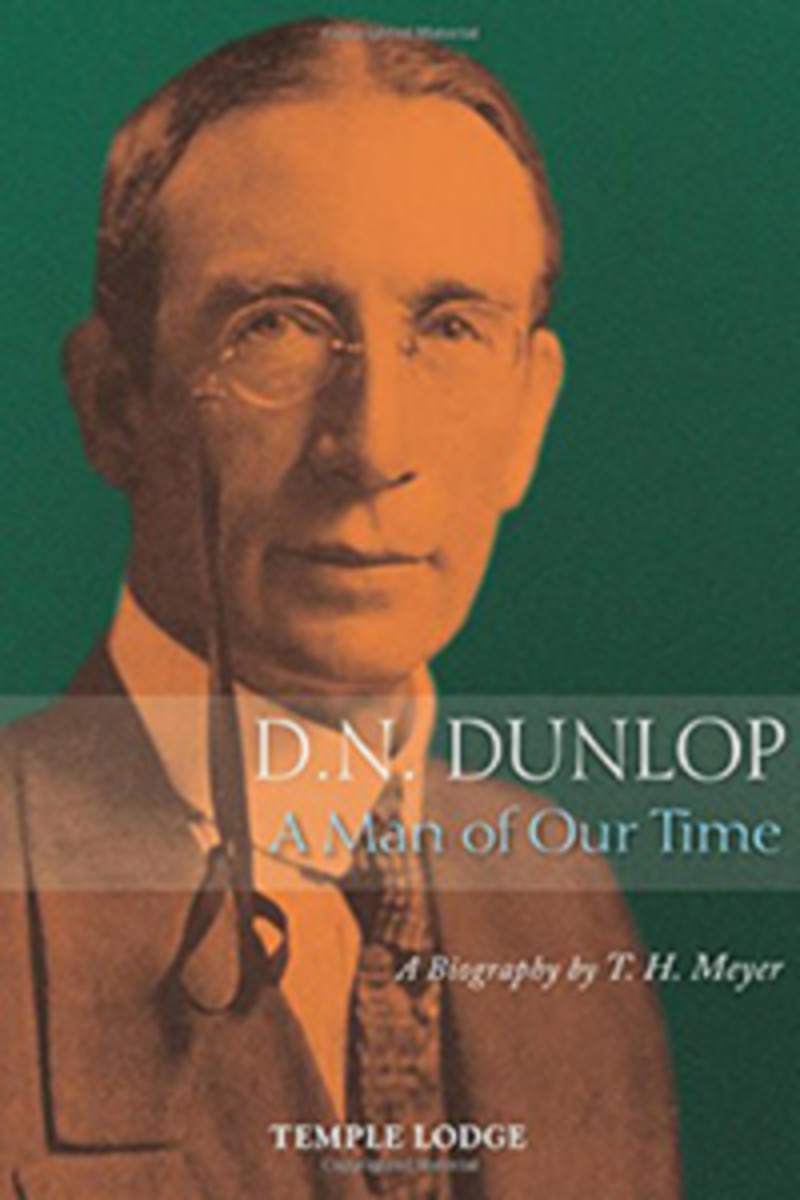 A Man of Our Time: A Biography

D. N. Dunlop (1868–1935) combined remarkable practical and organizational abilities in industry and commerce along with the gifts of spiritual and esoteric capacities. A personal friend of W. B. Yeats and Rudolf Steiner, Dunlop was responsible for establishing the World Power Conference (today the World Energy Council) and played leading roles in the Theosophical Society and later in the Anthroposophical Society. In his business life, he pioneered a cooperative approach toward the emerging global economy.

Meyer’s compelling narrative of Dunlop’s life begins on the Isle of Arran, where the motherless boy is raised by his grandfather. In a landscape rich with prehistoric standing stones, the young Dunlop had formative spiritual experiences. When his grandfather died, he struggled for material survival and devotedly studied esoteric literature.

The scene moved to Dublin, where Dunlop became a friend of W.B. Yeats and the clairvoyant poet A.E., and developed an active interest in Madame Blavatsky’s Theosophy. Arriving in London via New York, Dunlop became a lecturer, a writer, and the editor of a monthly journal. Along with his esoteric interests, he rose to a foremost position in the British electrical industry and masterminded the first World Power Conference.

Dunlop’s life was changed forever when he met Rudolf Steiner—an encounter that “brought instant recognition.” He was convinced immediately that Steiner was “the Knower, the Initiate, the bearer of the Spirit to his age.” Dunlop’s close involvement with Anthroposophy, leading to his eventual position as chair of the British Society, is described in detail—from the momentous conferences in Penmaenmawr and Torquay to his transformative relationships with Eleanor Merry, Walter Johannes Stein, Ita Wegman, and Ludwig Polzer-Hoditz. Meyer features important material on the Anthroposophical Society’s tragic split, which allows a true evaluation of that difficult period in the organization’s history.

This enlarged, second edition features substantial additions of new material and an afterword by Owen Barfield.

Foreword to the New Edition: A Man beyond All Parties
Introduction

1. Youth on a Scottish Island
2. Irish Renaissance
3. Practical Occultism
4. The Meeting with Rudolf Steiner
5. The Impulse of the World Power Conference
6. “Anthroposophy Has Formed a New Organ in Me”
7. Perspectives