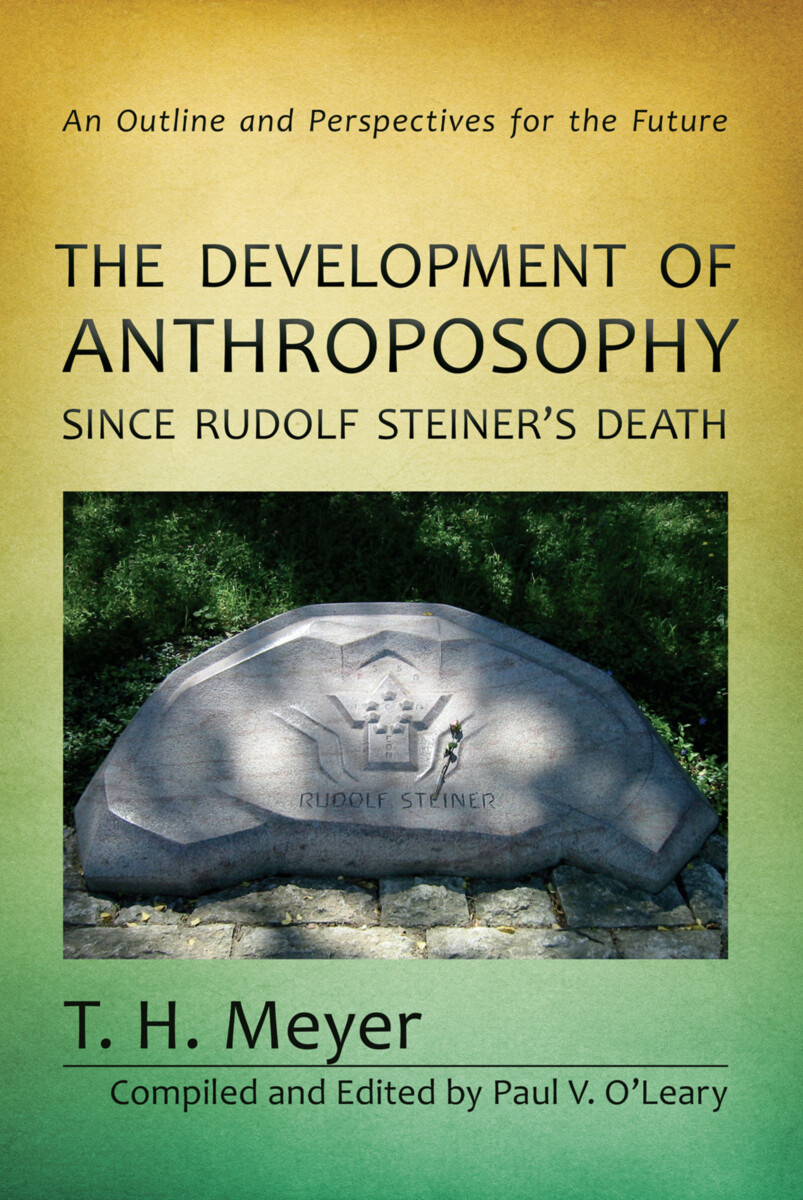 The Development of Anthroposophy since Rudolf Steiner's Death

An Outline and Perspectives for the Future

This volume begins with Thomas Meyer's assessment of Anthroposophy's evolution since Rudolf Steiner’s death and its future prospects. He offers an overview of the eighty-seven years of the development of the anthroposophic movement and the Anthroposophical Society, the worldwide organization headquartered in Dornach, Switzerland, since the death of its founder.

The Society went through a very difficult and controversial period in the ten years following Steiner’s death, which culminated at its Annual Meeting in 1935. The result was the expulsion from the Society of two members appointed by Rudolf Steiner to its Executive Board (Vorstand)—Ita Wegman and Elizabeth Vreede—as well as the British and Dutch branches of the Society and many important anthroposophists who opposed the expulsions.

Meyer reveals the extraordinary concordance of four November 17 dates highly significant in the development of Anthroposophy. On November 17, 1901, the anniversary of the founding of the Theosophical Society in 1875, Marie von Sivers asked Rudolf Steiner to create an esoteric path suited to the Western mind, which set Steiner on his mission. On November 17, 1923, Ita Wegman urged Steiner to establish a new Society, with Steiner himself joining as both a member and its president. Twelve years later, on November 17, 1935, the remaining three individuals of the Executive Board wrote to Adolf Hitler to plea for the Society's continued existence in Germany after being banned in Germany by the Nazi regime. Profound connections underlie these events.

This important book offers profound insights into the struggles for individual freedom and voice during the early years of the Anthroposophical Society. Seeing the dynamics of that struggle can help us today to overcome differences to work toward common purpose, both in the context of our everyday lives and within a spiritually oriented community.

The Development of Anthroposophy since Rudolf Steiner’s Death

Appendices:
1. A Chronology of Relevant Events
2. The “Memorandum”: Concerns in the Anthroposophical Society, 1925–1935
3. Address to the General Meeting in Dornach by Count Polzer-Hoditz, April 14, 1935
4. The Executive Board’s Letter to Adolf Hitler (English Translation and Original German)

Rudolf Steiner, Life and Work
1924-1925: The Anthroposophical Society and the School for Spiritual Science