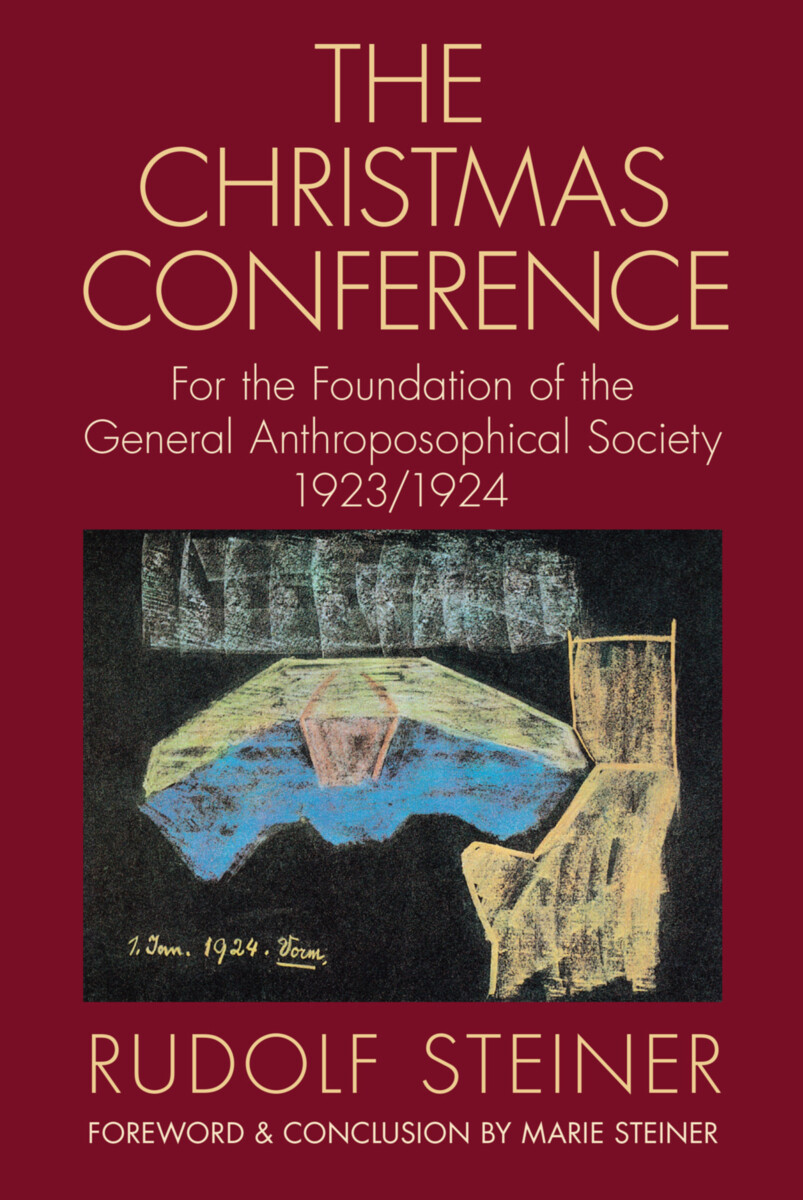 During Christmastime 1923, one year after the fiery destruction of the first Goetheanum, in a wooden carpentry shop overlooking the charred ruins Rudolf Steiner established the General Anthroposophical Society, to which he joined his destiny. This volume documents that occasion. Readers will find the complete proceedings of the conference, as well as Steiner’s in-depth description of the structure and organization of the new Society. Discussions of the statutes are also recorded in detail.

The laying of the Foundation Stone into the hearts of the members is at the center of this book. The foundation Stone Verse (or mantra) is reproduced in the different forms in which Steiner gave it each day of the conference along with his commentary on its different rhythms.

Also included is Rudolf Steiner’s lecture on plans for the second Goetheanum, illuminating the spiritual significance of its architecture, as well as his talk on the burning of the temple at Ephesus. This edition features a foreword and conclusion by Marie Steiner. The text is complemented by a list and biographical data of the members mentioned and reproductions of handwritten notes and blackboard sketches.

PART TWO: THE PROCEEDINGS OF THE CONFERENCE

Rudolf Steiner's Intentions for the Anthroposophical Society
The Executive Council, the School for Spiritual Science, and the Sections
OR