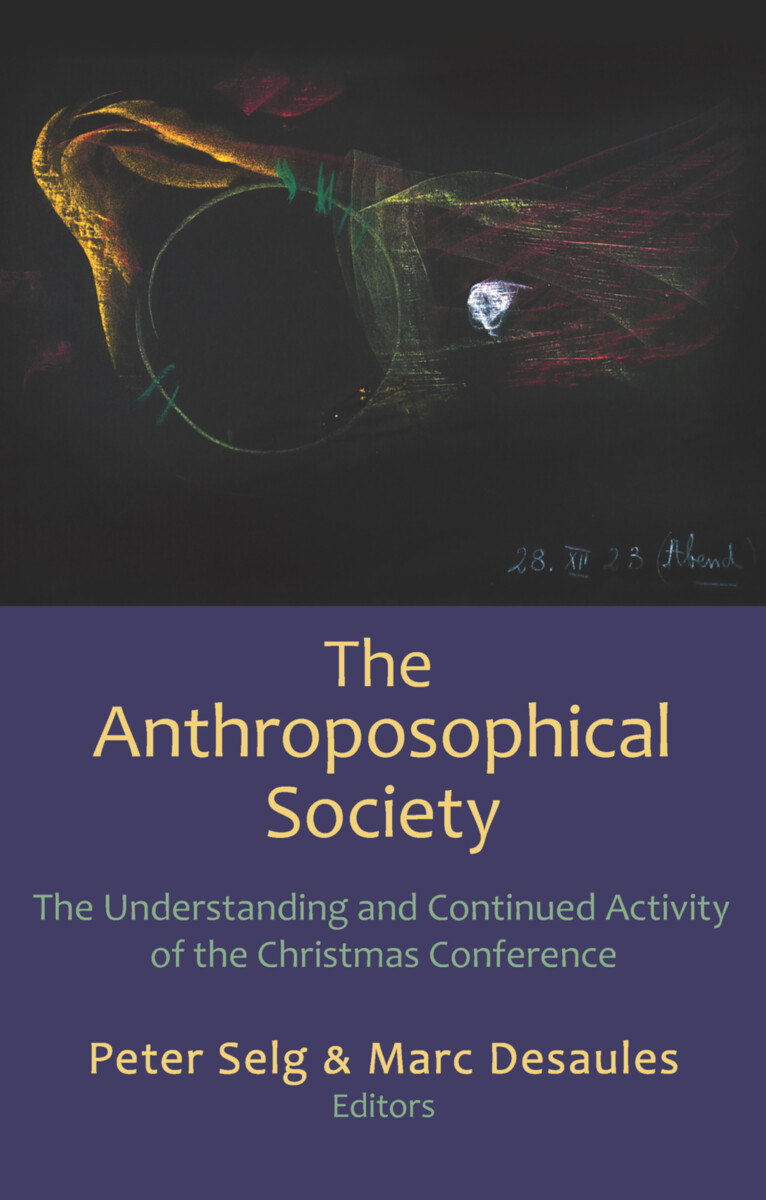 The Understanding and Continued Activity of the Christmas Conference

“...we are faced today with the need to turn the Society into a being that is active and effective in the world.” —Rudolf Steiner (Nov. 1922)

In 2014, the Anthroposophical Society in Switzerland launched a series of conferences to deepen the impulse of the 1923 Christmas Conference, the event that Rudolf Steiner referred to as a “festival of consecration” for the “beginning of a turning point of time.” The goal of the conferences was to develop a deeper understanding of the Anthroposophical Society’s essential task and contribute to shaping its future.

This volume presents six talks from the conference in February 2016, the purpose of which was to let the Anthroposophical Society as an archetypal phenomenon speak to us. This society planted a seed of humanity and the model of a legal entity whose future potential and perspectives are yet to be discovered. It is a social organism that exhorts us to put our karma in order, carry what is close to our hearts into the world, and by doing so experience the presence and support of the divine spirit.

These edited transcriptions of six lectures—by Peter Selg, Stefano Gasperi, Mario Betti, Johannes Greiner, Gioia Falk, and Marc Desaules—encourage us to move closer to a deeper existential relationship to the Anthroposophical Society and movement, experienced through others and discovered within ourselves.

2. “The Anthroposophical Society in Relation to the Spiritual World” by Stefano Gasperi

3. “My Existential Relationship with the Anthroposophical Society” by Mario Betti

4. “The Universal Temple” by J. Greiner

5. “’Cosmic Midnight Hour’: The Significance of the Mystery Dramas for the Anthroposophical Society” by Gioia Falk

6. “The Evolving Body of the Anthroposophical Society by Marc Desaules

Marc Desaules is General Secretary of the Swiss Anthroposophic Society. He founded «L’AUBIER» at Montezillon-Neuchâtel, biodynamic farm, Bio-Restaurant and Hotel, Öko-Quartier for young and old, and is co-founder and a member of the board of trustees of «CoOpera» in Bern, a pension fund for entrepreneurs, artists, and freelancers (PUK).

Stefano Gasperi is an anthroposophic doctor with a degree in medicine and surgery. For seven years, he has been a member of the Board of Directors of Sima (Italian Society of Anthroposophical Medicine) and a representative in international medical organizations. He lectures on medicine and pedagogy in various Italian cities and elsewhere. He co-founded and collaborates with the Raphael Health Center in Roncegno, Italy, where he has practiced medicine for about 30 years. He currently practices as a doctor in Trento. Since November 2007, he has been appointed Secretary General of the Anthroposophical Society in Italy.

Mario Betti was born in Lucca, Italy in 1942.  As a young man, he loved the decathlon and  wanted to learn ten languages so as to understand people. Teaching philosophy at Alanus University in Germany, he enabled students explore the twelve world views.

Johannes Greiner was born 1975. He is a pianist, eurythmist, author, teacher, and adult and teacher educator. Since April 2018, he has been responsible for music in the Section for Performing Arts at the Goetheanum, and is a member of the General Council of the Anthroposophical Society in Switzerland. His publications in German include Es ist alles ganz anders: Beiträge zur Aktualität der Anthroposophie (2015); Mensch, ich glaube an dich! Terrorismus: Ein Erziehungsproblem? (2017); and Kunst verwandelt (2018).

Gioia Falk was born in 1956 and trained as a eurythmist in Dornach with Elena Zuccoli. Since then, she has performed stage eurythmy in Munich and at the Goetheanum. She is also active as a teacher, ensemble leader, rehearsal director.

Margot M. Saar has a university degree in Applied Linguistics and Translating. She also studied Waldorf Education in Germany and Philosophy of Mind in the UK. She taught in Steiner Schools in Britain for 20 years and is an experienced translator and interpreter in specialty fields (education, medicine, philosophy, anthroposophy, homeopathy, anthroposophic medicine, general science). Margot has translated numerous books for SteinerBooks, including Peter Selg's 7-volume biography of Rudolf Steiner.

Crisis in the Anthroposophical Society
And Pathways to the Future