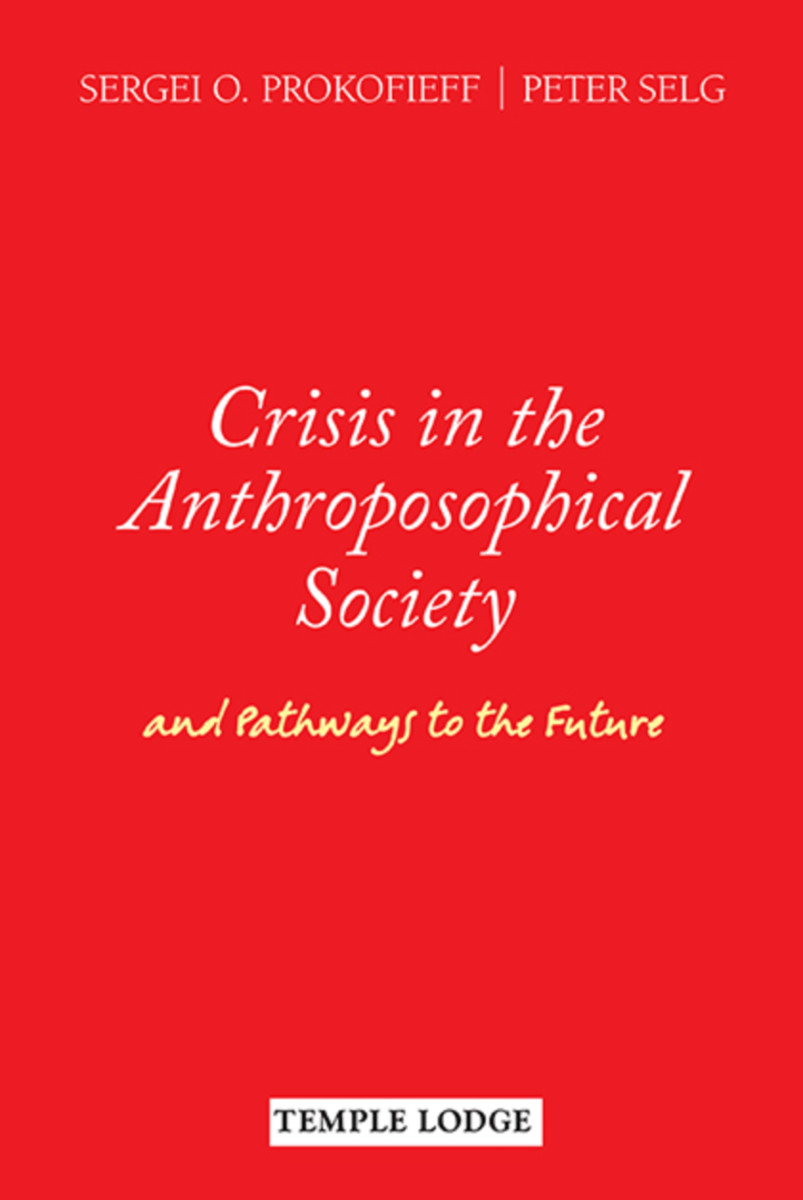 Crisis in the Anthroposophical Society

And Pathways to the Future

“The intention of my lecture was to draw attention to the fact that the recent development of the Goetheanum is no longer heading in the right direction; rather, it is heading in a direction that can be considered neither in the spirit intended by Rudolf Steiner, nor of service to anthroposophy. Before it is too late, this direction must be altered.... Otherwise, the Goetheanum is in danger of being degraded to spiritual ‘insignificance,’ and of becoming a mere combination of museum and conference centre.” —Sergei O. Prokofieff

“Why is it so difficult actually to understand and implement the ‘intentions of the Christmas Conference’ [in Steiner’s words], which represent a very concrete answer to the Anthroposophical Society’s identity crisis?” —Peter Selg

More than 100 years after its founding, the Anthroposophical Society faces serious questions—some of an existential nature—regarding its purpose and tasks in the present day. On March 30, 2012, in the course of the Society’s Annual General Meeting in Dornach, both Prokofieff and Selg gave lectures that addressed difficult issues related to the General Anthroposophical Society and its global headquarters, the Goetheanum in Switzerland. These lectures were met with a mixture of enthusiastic support and stern disapproval. They are reproduced here in full, with supplementary material to help broaden and deepen their themes, so that every interested individual can have access to them.

PART ONE: THE IDENTITY OF THE GENERAL ANTHROPOSOPHICAL SOCIETY (Peter Selg)

The New Beginning of the Anthroposophical Society in 1923/24
The Challenges of the Present and the Future
Appendix: The Relation to the School of Spiritual Science

PART TWO: HOW DO WE STAND BEFORE RUDOLF STEINER TODAY? (Sergei O. Prokofieff)

Preface
On the Anniversary of Rudolf Steiner’s Death
Afterword
Appendix: A Reflection on Peter Selg’s Publication, The Identity of the General Anthroposphical Society

The Esoteric Nature of the Anthroposophical Society