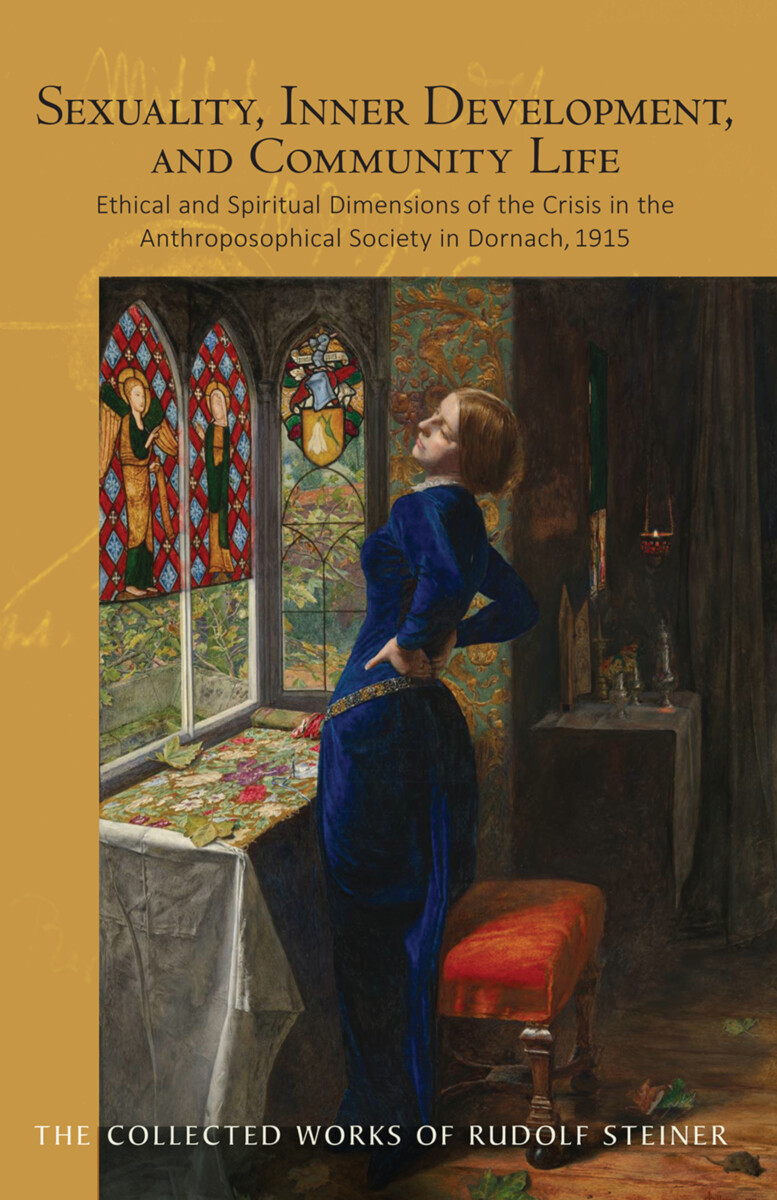 Ethical and Spiritual Dimensions of the Crisis in the Anthroposophical Society in Dornach, 1915 (CW 253)

Occasioned by a “scandal” precipitated by Rudolf Steiner’s marriage to Marie von Sivers in 1915, the lectures that constitute part one contain Steiner’s strongest statements on the issue of human relationships in a spiritual community. Using emphatic language Steiner makes it clear that becoming part of a spiritual community entails responsibilities and, indeed, a new way of being, and that members must become actively interested and engaged in the concerns of the group rather than simply wanting or expecting personal benefit from it. Above all, he asserts that it is essential for members to realize that a spiritual community is a living entity that needs the care and respect of its creators.

Because the crisis had been provoked by individuals under the influence of Freudian psychoanalysis, Steiner assesses Freud’s work, and psychoanalysis as a whole, illumined by an anthroposophic understanding of the human being. Steiner also speaks on sexuality and modern clairvoyance, relating them to Freudian psychoanalysis, as well as to the seer Emanuel Swedenborg as an example of the difficulties of entering the spiritual world. Then, starting from a historical perspective, Steiner poses a question: How old is love? He goes on to examine our modern idea of love in the context of mysticism.

Part two includes documentation of the Dornach crisis, along with two addresses by Rudolf Steiner to the members there, as well as Marie Steiner’s address to the Women’s Meeting on the particular tasks and challenges of women, both as members of the women’s movement of the time and in a spiritual community.

I. Terms and Conditions of Life in the Anthroposophical Society

II. Documentation on the Dornach Crisis of 1915 with Two Addresses by Rudolf Steiner

Sexuality, Love, and Partnership
From the Perspective of Spiritual Science
OR