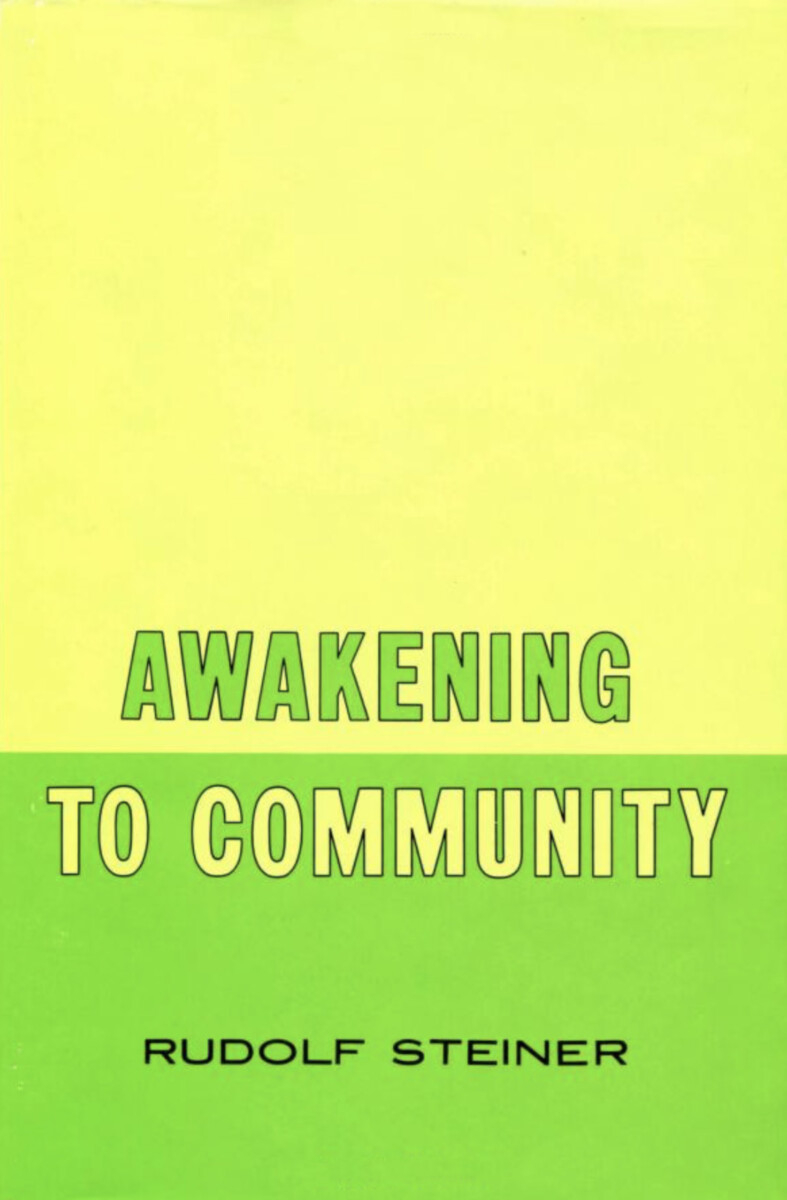 “We are firmly in our understanding of things of the spirit only when we do not rest content with abstract spiritual concepts and a capacity to express them theoretically, but instead grow into a sure belief that higher beings are present with us in a community of spirit when we engage in spiritual study. No external measures can bring about anthroposophical community-building. You have to call it forth from the profoundest depths of human consciousness.”— Rudolf Steiner

Steiner presented these lectures right after the fire that destroyed the first Goetheanum. Given during the year before the Anthroposophical Society was reestablished, they form an important part of the history of the anthroposophic movement.

Steiner calls for a "searching of conscience." He explains that in anthroposophic communities we can experience our first awakening to the spirit in our encounters with others, and he describes how the reversed cultus" forms the foundation for a new community life.

1. Words of grief. A challenge to search our consciences. The need to develop an awareness of responsibility
2. Forming judgments on a sound basis of fact. The twofold re-casting of spiritual scientific judgments
3. New thinking, new willing. The three phases of anthroposophical work
4. The development of the Anthroposophical Society. The soul-drama of the anthroposophist
5. The renewal of art, science and religion, humankind's three great ideals
6. Anthroposophical community building. First lecture at the meeting of delegates
7. Anthroposophical community building. Second lecture at the meeting of delegates
8. Report on the delegates' meetings in Stuttgart. The inner reality of a community and the unity it creates
9. Building community with speech and cultus. The awakening of the consciousness soul through a connection with one's fellow men
10. Causes of the lack of a brotherly spirit in spiritual societies. Origins of enhanced egoism. The necessity of overcoming sectarianism

Translated from shorthand reports unrevised by the lecturer, from the German edition titled Anthroposophische Gemeinschaftsbildung (GA 257)