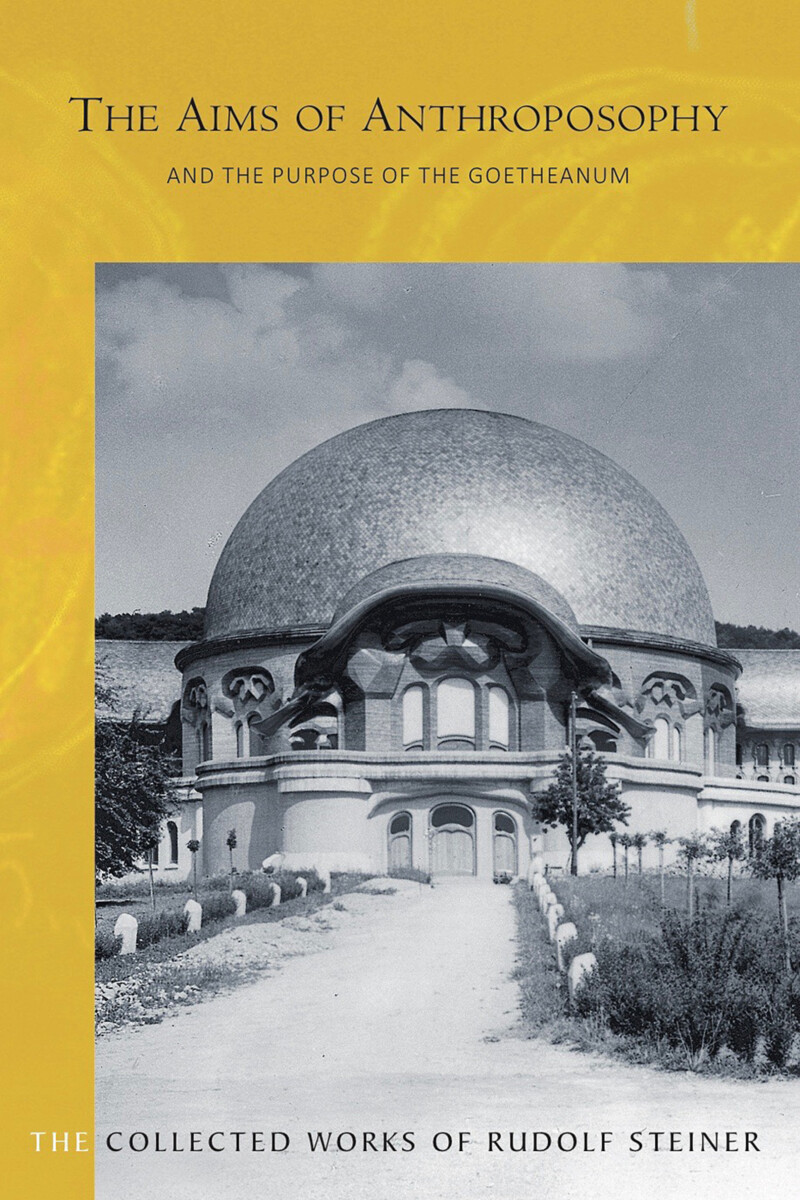 The Aims of Anthroposophy and the Purpose of the Goetheanum

In his final lectures to the general public, Rudolf Steiner speaks with great clarity and purpose about the inner and outer need for the anthroposophical impulse in modern times. Following the fire that destroyed the first Goetheanum building in Dornach, Switzerland, Steiner had focused his efforts on rebuilding and reorganizing the Anthroposophical Society. But he also continued to travel and speak to the public—in Prague, Vienna, and Basel—to explain the purpose of the Goetheanum and to elucidate the broader aims of his spiritual work.

These lectures, including a semi-public series in Dornach, are collected here in English for the first time, along with an introduction, notes and index.

This volume is a translation from German of Was wollte das Goetheanum und was soll die Anthroposophie? (GA 84).

1. The Purpose of the Goetheanum and the Aims of Anthroposophy
2. Enhancing Human Powers of Perception to Develop Imagination, Inspiration, and Intuition
3. Human Soul Life and the Development of Imagination, Inspiration, and Intuition
4. Experience and Perception of the Activities of Thinking and Speech
5. The Physical World and Moral–Spiritual Impulses: Four Stages of Inner Experience
6. Perceiving the Etheric World
7. Soul’s Eternity in the Light of Anthroposophy
8. Human Development and Education in the Light of Anthroposophy
9. Supersensible Perception, Anthroposophy as a Contemporary Need
10. Anthroposophy and the Ethical and Religious Life
11. How Do We Gain Knowledge of the Supersensible World?

Crisis in the Anthroposophical Society
And Pathways to the Future