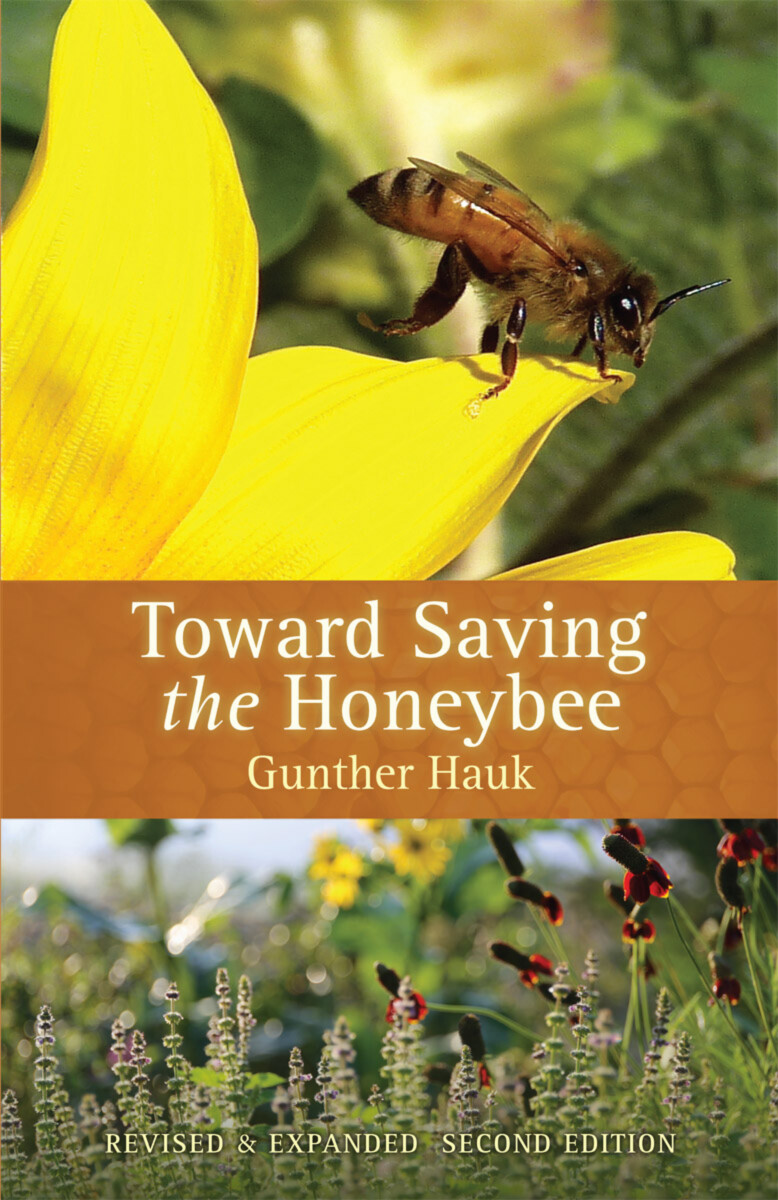 Toward Saving the Honeybee Edition 2 Revised and Expanded 2nd Edition

The first edition of this book was published in 2002, four years before the term “Colony collapse disorder” was coined to describe the widespread and growing crisis of honeybee population loss. Yet this decrease in the honeybee population has been ongoing from at least the mid-twentieth century; and as we approach the third decade of the twenty-first century, with each passing year the situation becomes more dire.

Gunther Hauk does not offer a “magic bullet” solution (there is not and cannot be one), but instead provides the straightforward basis for thinking of the honeybee crisis in a different way, which then provides the ground for taking action appropriately.

The sound, holistic approach outlined here is needed now more than ever. Written out of a deep love and concern for the earth and all of creation, Gunther Hauk’s Toward Saving the Honeybee is a light that shows the way forward for farmers, gardeners, hobbyist beekeepers, and anyone concerned about the future of our planet.

This new edition is richly illustrated with 57 color photographs and was revised and expanded by the author.

Appendix A: Formic and Oxalic Acid Treatments
Appendix B: Foulbrood

References
About the Author


Gunther Hauk brings four decades of experience as a biodynamic beekeeper, gardener, and farmer. In 1996 he cofounded the Pfeiffer Center, one of the first biodynamic training programs in the US. Since then, he has been invited to teach around the world. His book Toward Saving the Honeybee was first published in 2002. In 2006, Gunther and his wife Vivian founded Spikenard Farm and Honeybee Sanctuary in the Virginia Blue Ridge Mountains (spikenardfarm.org). His work was featured in two full-length documentary films about the honeybee crisis: Queen of the Sun (2010) and Vanishing of the Bees (2009). Gunther also produced his own educational film, Hour of Decision (2015).

Bees and the Ancient Mysteries

Sensitive Beekeeping
Practicing Vulnerability and Nonviolence with Your Backyard Beehive

The Spiritual Foundations of Beekeeping

Wisdom of the Bees
Principles for Biodynamic Beekeeping
OR