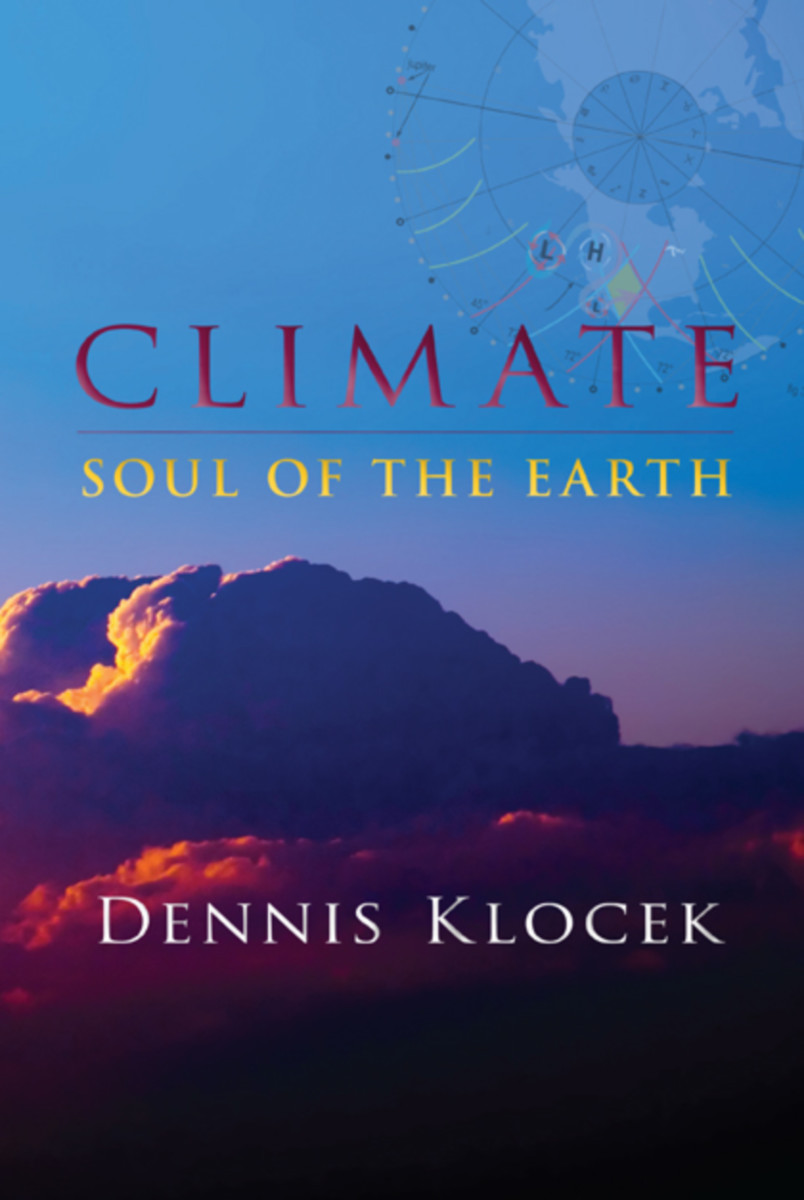 Soul of the Earth

“The atmospheric impulses that arise through planetary motion are ‘musical’ because they are mathematically rhythmic phenomena. They can be either harmonic or dissonant, depending on the geometry of the planetary relationships when seen as a musical interval on the great monochord of the cosmos.” —Dennis Klocek

This exciting book—presented in color—considers “climate,” ultimately, to be an expression of the fundamental task of Gaia, the being of Earth. It expresses the relationship between the more inanimate and mechanized forces of the planet as a physical being and the more inward, biographically evolutionary journey of Earth as an ensouled being, embedded within the larger cosmic drama. The Earth is much more than rocks, water, gas, and heat. It is more than the combined forces in all of the living bodies it selflessly supports. The destiny of Earth as a being of cosmic import weaves intimately with humanity’s destiny.

At the core of this book is the idea that the climate crisis is one shared by humanity and the Earth as part of our mutual evolution toward higher states of consciousness. Not only is Earth the source of our body, but the Earth also now depends on our efforts to shift our consciousness toward goals higher than self-satisfaction, entertainment, and consumption. Climate is the interface that displays the results of our efforts to attain higher consciousness for all of the cosmos to see and evaluate.

In a technically sound yet highly accessible discussion of how our Earth’s complex climate system works, Dennis Klocek takes the reader through various climate and weather patterns, using case studies of recent events and explaining terms and phenomena—all with the goal of helping us understand the Earth’s soul, within which we live and develop as human beings. He describes and explains the earthly and extra-earthly forces behind weather patterns such as droughts, floods, and hurricanes, showing how larger patterns such as El Niño and La Niña develop and affect the complex systems that form weather events.

In his surprising final chapter, “Moral Roots of the Climate Crisis,” the author discusses the development of human science and consciousness. He contrasts, for example, the geometrical–metaphysical approach of Kepler to the emergence of the computational–mathematical brilliance of Isaac Newton, illustrating the ongoing split in approaches to the study of the natural world.

An overly quantitative view of our world has led humankind mostly to dominate, subdue, and take from nature, categorizing "our Earth as a numerical rock, permeated by forces completely beyond the control of, and sometimes at direct odds with, human soul activity.... We live on a planet that is alive and whose soul is composed of the tremendously vital sequences of climate patterns that unite all lands and all humans in one organism. From this cosmological perspective, it may be possible to imagine morally responsible scientific approaches to problem solving where human needs and the needs of the Earth as a living being interact in mutually harmonic ways."

Climate: Soul of the Earth is for anyone—meteorologists, climatologists, and nonspecialists alike—who would like a deeper understanding our Earth’s soul and the “whys” and “hows” of today’s increasingly extreme weather patterns.