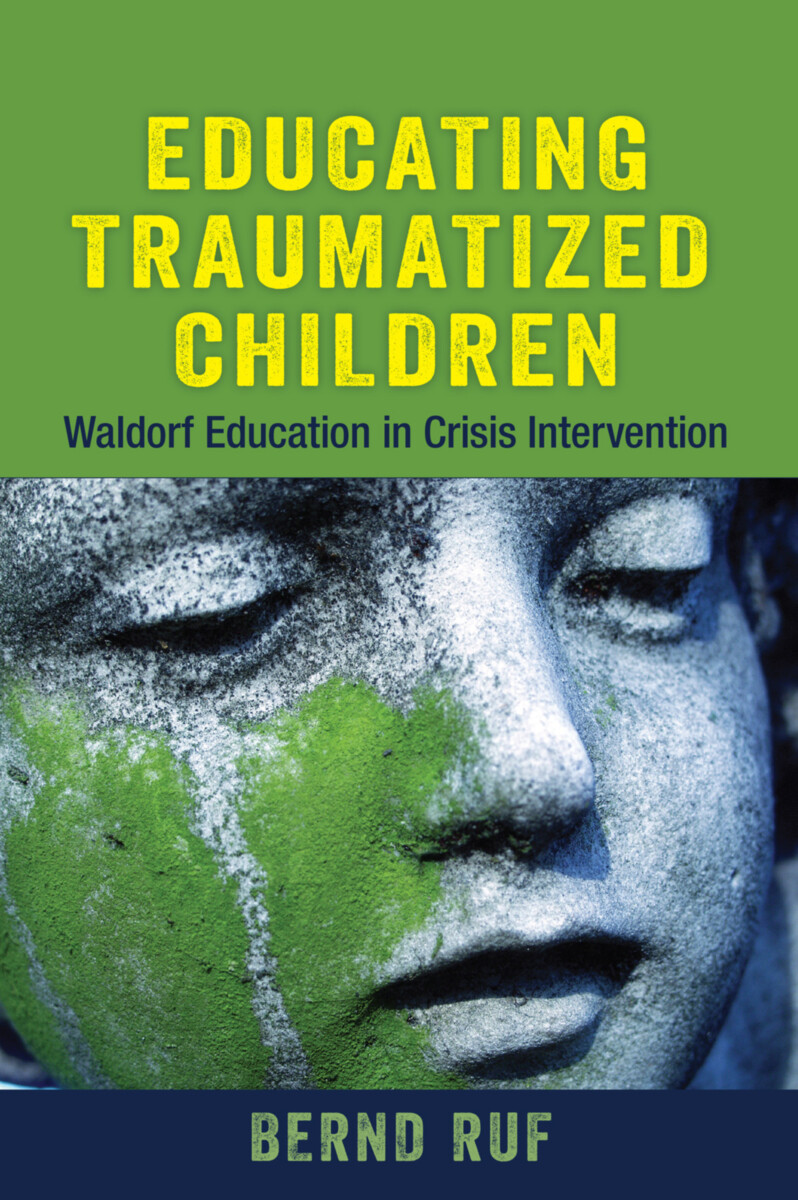 “Emergency education relies on timeliness—on intervention at an early stage, at a time when silence, despondency, despair, and regression begin to set in. Emergency education is not trauma therapy. It is pedagogical prevention of trauma in the early stages of a crisis, and as such it attempts to ‘prevent certain developments by cultivating the right attitude and taking the right actions.... Our actions invite the benignity of the gods’ (Ita Wegman).” (from the preface)

Since 2006, specialists, doctors, psychologists, and therapists of Parzival-Zentrum Karlsruhe have taken part in emergency education crisis interventions, carried out by the organization Friends of Friends of Waldorf Education. They work with psychologically traumatized children and young people in war zones and disaster areas, including Lebanon, China, the Gaza Strip, Indonesia, Haiti, Kyrgyzstan, and most recently in Japan following the tsunami there and the Fukushima Daiichi nuclear disaster.

Bernd Ruf, who heads these operations, describes in his book in various ways the basics of anthroposophically extended “emergency education,” including the anthroposophic understanding of trauma itself. In addition, he describes processes and experiences, focusing on recent experiences in Japan at the center of his descriptions.

Educating Traumatized Children offers much-needed insight into this little-known area of education and healing for traumatized children and young people. This book will be valuable not only for those working in areas of disaster and armed conflict, but also for any teacher or parent who is teaching or caring for a traumatized child.

“How do we proceed with such important matters so that, by cultivating the right attitude and taking the right actions, we might even prevent certain developments? Because that also is part of our task since Anthroposophy would be meaningless if we only practiced it privately for ourselves.” — Ita Wegman (1933)

Our book reviews are arranged many weeks in advance. I had no way of knowing that current events in Europe would make the review of Educating Traumatized Children all the more relevant.

Teachers and parents will both sense the relevance of this book in the modern educational landscape. Trauma, much as we might hope to relegate it to the purview of special educators and therapists, has become a daily facet of life.

Gone are the days when only one or two children in a class were in need of "special help."

Bernd Ruf found his calling at the time of the 2006 Lebanon War. Since then he has facilitated the development of "Emergency Education." He and teams of teachers, doctors, psychologists, and therapists have taken part in crisis interventions around the world. They work with psychologically traumatized children and young people in war zones and disaster areas.

Bernd Ruf presents an anthroposophical understanding of trauma itself. There is a an extensive examination of psychological trauma and healing the frozenness of trauma. The book contains many vignettes of their trauma work and concludes with emergency education as threshold education.

Although the book is written primarily out of the experience of emergency educators in trauma situations, I would imagine that many classroom teachers and parents would find much they recognize in their "normal" world.

1. Earthquake, Tsunami, Nuclear Disaster: Trying to Cope—Somehow
2. Psychological Trauma: When Nothing Is as It Used to Be
3. Emergency Education: Bringing Healing to Injured Souls
4. Healing the Frozenness of Trauma
5. Emergency Education as Threshold Education
6. Competence in Stress Management
7. Crises Can Be Opportunities

Bernd Ruf was born in Karlsruhe, Germany, in 1954. He trained as a secondary school teacher at Mannheim University, specializing in German and History before gaining additional qualifications as a special needs teacher (Reutlingen) and as a Waldorf teacher (Stuttgart). Bernd Ruf co-founded the Waldorf School in Karlsruhe, where he also taught for 20 years, and the Parzival Kompetenzzentrum für Bildung, Förderung und Beratung, a special needs education centre that is based on the principles of Waldorf Education. Ruf has been director at Parzival since 2003. From 1993 to 2007 he was a board member of the Bund der Freien Waldorfschulen (Federal Association of Waldorf Schools) in Germany. Since 1993 he has been a member of the International Forum of Waldorf Schools and, since 1987, he has been Managing Director of the aid organization Friends of Waldorf Education where he is in charge of International Volunteer Services. He has been heading emergency education crisis interventions in war and disaster zones since 2006. These interventions have led him to Lebanon, China, the Gaza Strip, Indonesia, Haiti, Kyrgyzstan, Japan, and Kenya. He is head of the Emergency Education Service at the Karlsruhe Parzival Centre and has been on the Advisory Council to the Federal Ministry for Economic Cooperation and Development since 2007. Bernd Ruf lectures and offers seminars in many countries.

Education for Nonviolence
The Waldorf Way

A Healing Education
How Can Waldorf Education Meet the Needs of Children?

Stories to Light the Night
A Grief and Loss Collection for Children, Families, and Communities