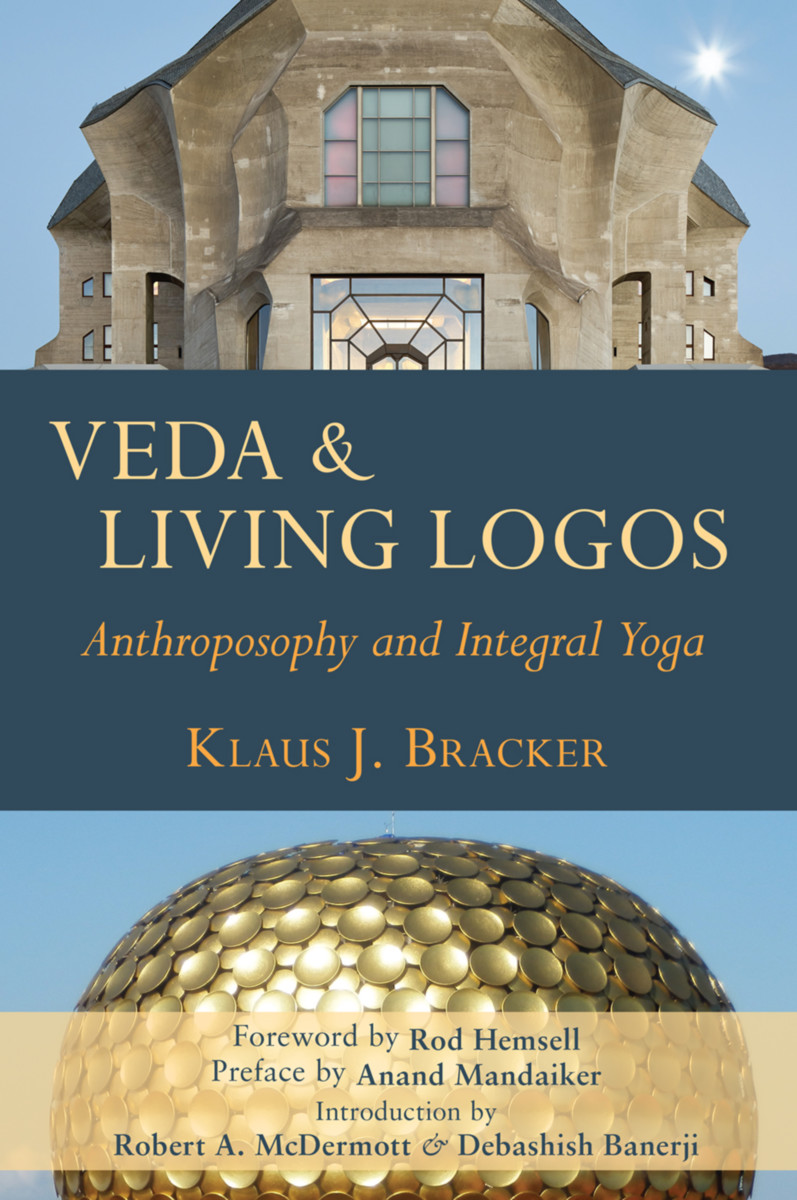 “One of today’s most vital tasks is to try to understand other cultures, and also their spirituality. Anyone who travels to another country can discover that our efforts to get inside the skin of what is ‘foreign’ to us can at the same time lead to a deeper understanding of our own culture. In adolescence and youth it seems quite natural to find that the other reflects who we are back to us, gives us deeper insight into ourselves. In adulthood, this takes more conscious effort. The older we grow, the more fixed our point of view can become, and the more rooted we can become within it. This book offers a wholesome remedy.” —Anand Mandaiker (from the preface)

Klaus Bracker shows that the Logos, the focus on spirit, and the living Word are not dominant features of only the Hellenistic Judeo–Christian West, but also figure significantly in the Indo–Vedic East. Accordingly, we need to view cultural and spiritual history in a new way. Veda and Living Logos presents an outline of intimately related motifs of Integral Yoga and anthroposophic spirituality, showing striking convergences in the lives and works of Sri Aurobindo and Rudolf Steiner.

What is the role of the avatar Krishna for Rudolf Steiner? And what meaning does Christ have in Aurobindo’s spiritual worldview? This book answers these and many other questions concerning Eastern and Western spiritual paths. After many years of research and study, Klaus Bracker has come to see this as his task and to feel it as a burning impulse in the soul. In keeping with Rudolf Steiner’s indications, we are to develop our ability to understand the new manifestations and the new language of Christ and a new Christ light, as well as a new light from the East that seeks to unite with the light in the West.

The author regards this as the greatest imperative today for East–West dialogue between Veda and living Logos, which this detailed and accessible book aims to advance.

“Only the most advanced spiritual seekers, and perhaps a few of the most erudite philosophers, would even attempt to elaborate the meaning of the terms Veda and Logos, as they have come down to us veiled in the obscurity of ancient languages and cultures, much less attempt to enter meaningfully into their innermost sanctuaries of mystery and significance. Yet Steiner and Sri Aurobindo did exactly this in the early twentieth century. And because they did so, we actually have authoritative texts, written in the languages and under the circumstances of our time, through which those mysteries may be accessed.” —Rod Hemsell (from the foreword)

1. India in the Early Vedic Era: History and Spiritual Character
2. Sri Aurobindo: The Life of a Great Yogi
3. The Creative Word
4. Evolution and True “I”-being
5. The Divine: The Second Coming of Christ and the Descent of Supermind

Klaus J. Bracker was born in West Berlin in 1956. He is a eurythmist, curative eurythmist, and Waldorf teacher. From 1987 to 2006, he was a Waldorf teacher in Pforzheim and Vaihingen, Germany. Since then, he has worked at a curative pedagogical Waldorf school in northern Germany. As a freelance collaborator of the cultural magazine Novalis, Klaus wrote articles and reviews, including articles on Buddhism and Manichaeism. He has also made numerous contributions to the periodicals Das Goetheanum and Die Drei.

From Yoga to the Rose Cross

Six Pillars
Introductions to the Works of Sri Aurobindo

The Spirit of Modern India
Writings in Philosophy, Religion, and Culture