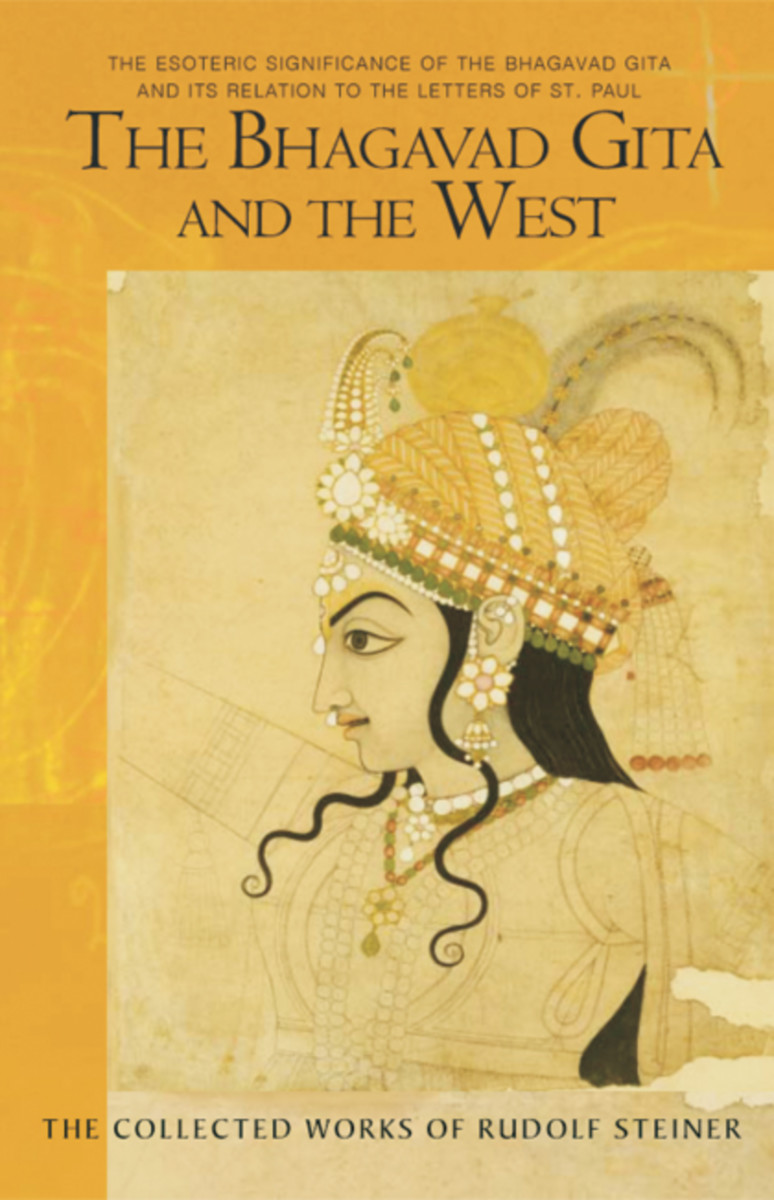 This combination of two volumes in Rudolf Steiner’s Collected Works presents Steiner’s profound engagement with Hindu thought and, above all, the Krishna in the Bhagavad Gita as they illuminate Western Christian esotericism. In his masterly introduction, Robert McDermott, a longtime student of Rudolf Steiner, as well as Hindu spirituality, explores the complex ways in which the “Song of the Lord,” or Bhagavad Gita, has been understood in East and West. He shows how Krishna’s revelation to Arjuna—a foundation of spirituality in India for more than two and a half millennia—assumed a similarly critical role in the Western spiritual revival of the nineteenth and twentieth centuries.

In the West, for instance, leading up to Steiner’s engagement, McDermott describes the various approaches manifested by Emerson, Thoreau, H.P. Blavatsky, and William James. In the East, he engages with interpretations of historical figures such as Mahatma Gandhi and Sri Aurobindo, relating them to Steiner’s unique perspective. In addition, and most important, he illumines the various technical terms and assumptions implicit in the worldview expressed in the Bhagavad Gita.

In the first course, his main purpose is to integrate the flower of Hindu spirituality into his view of the evolution of consciousness and the pivotal role played in it by the Mystery of Golgotha—the incarnation, death, and resurrection of Jesus Christ. Steiner views Krishna as a great spiritual teacher and the Bhagavad Gita as a preparation, though still abstract, for the coming of Christ and the Christ impulse as the living embodiment of the World, Law, and Devotion, represented by the three Hindu streams of Veda, Sankhya, and Yoga.

For Steiner, the epic poem of the Bhagavad Gita represents the “fully ripened fruit” of Hinduism, whereas Paul is related but represents “the seed of something entirely new.” In the last lecture of part one, Steiner reveals Krishna as the sister soul of Adam, incarnated as Jesus, and claims Krisha’s Yoga teachings streamed from Christ into Paul.

In our age, when East and West are growing closer and we live increasingly in a global, intercultural and religiously pluralistic world, this remarkable book is required reading.

The Bhagavad Gita and the West is a translation of two volumes in German: Die Bhagavad Gita und die Paulusbriefe (CW 142) and Die okkulten Grundlagen der Bhagavad Gita (CW 146). The lecture in the appendix is translated from Das Markus-Evangelium (CW 139) and was published in The Gospel of St. Mark (Anthroposophic Press, 1986).

SEE THE FULL TABLE OF CONTENTS

READ LECTURE 1 OF PART II:
“THE ESOTERIC MEANING OF THE BHAGAVAD GITA”

The East in the Light of the West
Parts 1–3

From Yoga to the Rose Cross

Veda and Living Logos
Anthroposophy and Integral Yoga
OR