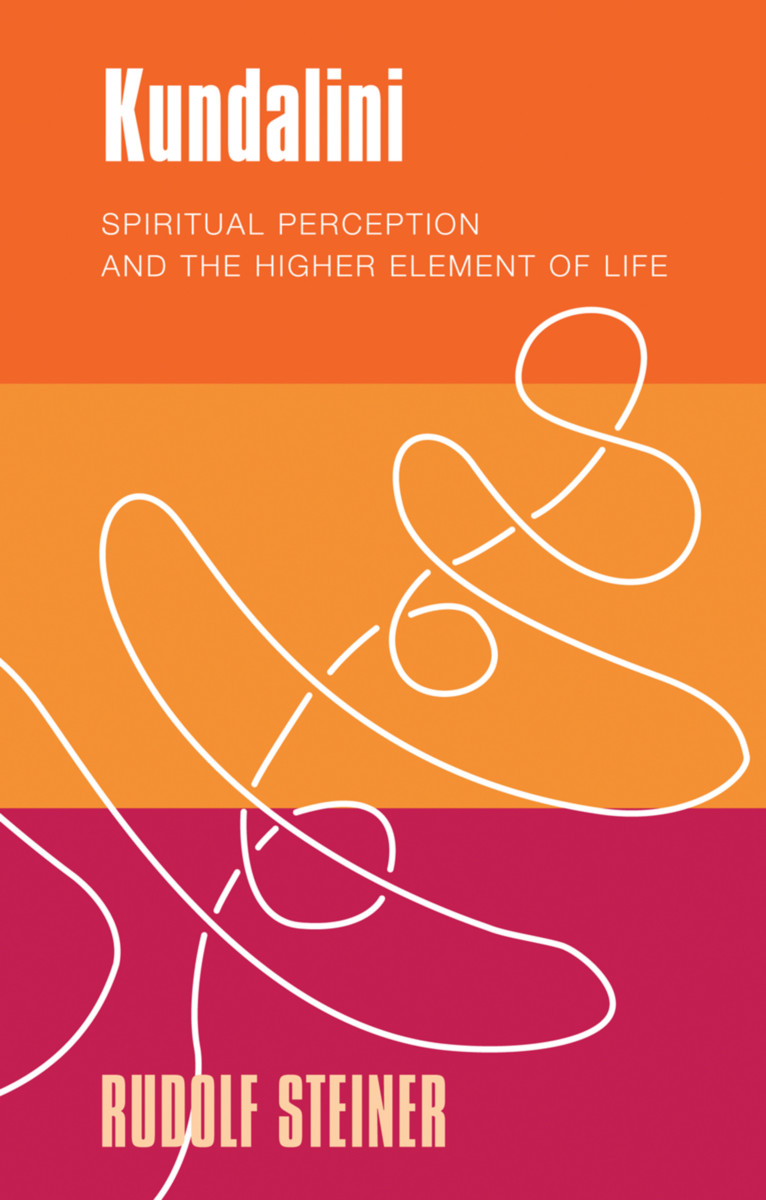 Spiritual Perception and the Higher Element of Life

In Hindu tradition, the concept of kundalini refers to a form of primal energy located at the base of the spine. Traditional Eastern methods are practiced to “awake” one’s kundalini and achieve transformed consciousness. Rudolf Steiner offers an entirely different perspective that integrates the idea of kundalini into his spiritual philosophy.

This anthology contains relevant comments and notes by Steiner on this theme, highlighting the evolution of his thinking. In addition, it accentuates the differences and similarities between Western and Eastern spiritual paths and, in the process, reveals what is new and original in Steiner’s esoteric teachings.

In contrast to most yoga traditions, which cultivate the energy rising from the lower life center, the Western path of esoteric development begins in our upper center of consciousness—in thinking and in one’s “I.” From there, the center of experience is shifted downward, from the head to the heart. After developing a “new heart center,” as Rudolf Steiner describes it, one can guide forces consciously and, through specific exercises, the “kundalini snake” can be awakened fully.

In his detailed introduction, editor Andreas Meyer distils the perspectives and instructions from Steiner’s complete works, offering a valuable synopsis for our understanding and practice of meditation.

Mindfulness and Reverence
Steps in Perception

The Rose Cross Meditation
An Archetype of Human Development
OR