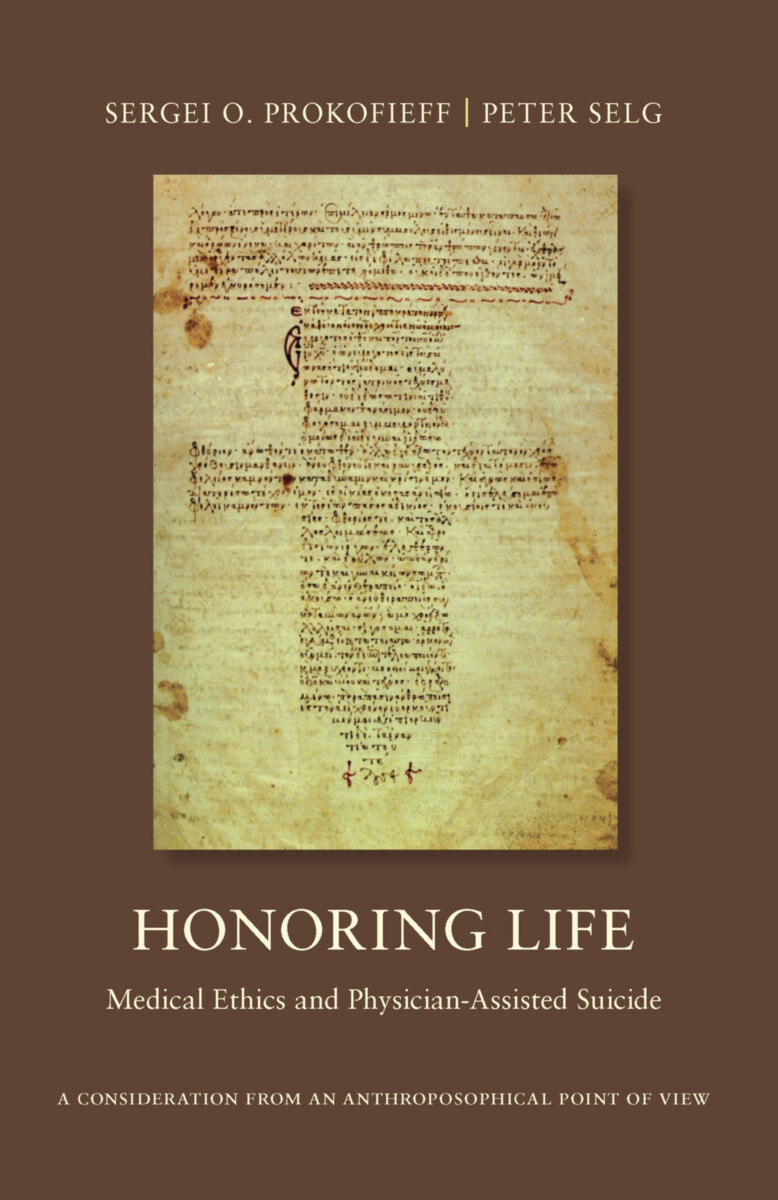 A Consideration from an Anthroposophical Point of View

The reflections in this book by Peter Selg and Sergei Prokofieff on the soul-spiritual, ethical, and medical-therapeutic issues surrounding physician-assisted suicide (and suicide as such) will provoke one's thought, feeling, and volition. Its inspiration arises from both Rudolf Steiner and the Hippocratic Oath.

Peter Selg begins by showing how Rudolf Steiner views the principle of life as immanent spirit and the living medium of the “I,” or individuality and as inviolable and wise beyond our understanding. It is the sacred task of healing always to attend to, honor, and serve life in this sense—to affirm, enhance, and strengthen the life forces of the sick. As Rudolf Steiner puts it, “The will to heal must always function as therapeutically as possible...even when one thinks that the sick person is incurable.” These words were spoken before the full consummation of materialist, technologically enhanced medicine, but Rudolf Steiner, as Peter Selg shows, was well aware of the dangers related to the direction of modern medicine.

Sergei Prokofieff links the initiatory origins of Hippocratic medicine in the Mysteries with the return of the Mystery origin of medicine and healing in Anthroposophic medicine. Turning to Steiner’s spiritual research, he considers suicide to be an “illness” of our time and examines the spiritual consequences of suicide for the after-death experiences of those who have taken their own lives—specifically, that suicide results in the soul’s profound disorientation. He goes on to show how suicide makes the after-death experience of Christ infinitely more difficult, as it does the “resurrection of the spirit” and the relation to the spiritual world. Far from being a “free” act, Prokofieff concludes, suicide is quite the opposite.

Anyone seeking insight into suicide will find in this book a profound and esoteric introduction to this controversial problem.

Love and the Evolution of Consciousness
A Study of the Transformation of the Human Soul, the Double, and the Spirit

A Rainbow over the River
Experiences of Life, Death, and Other Worlds
OR