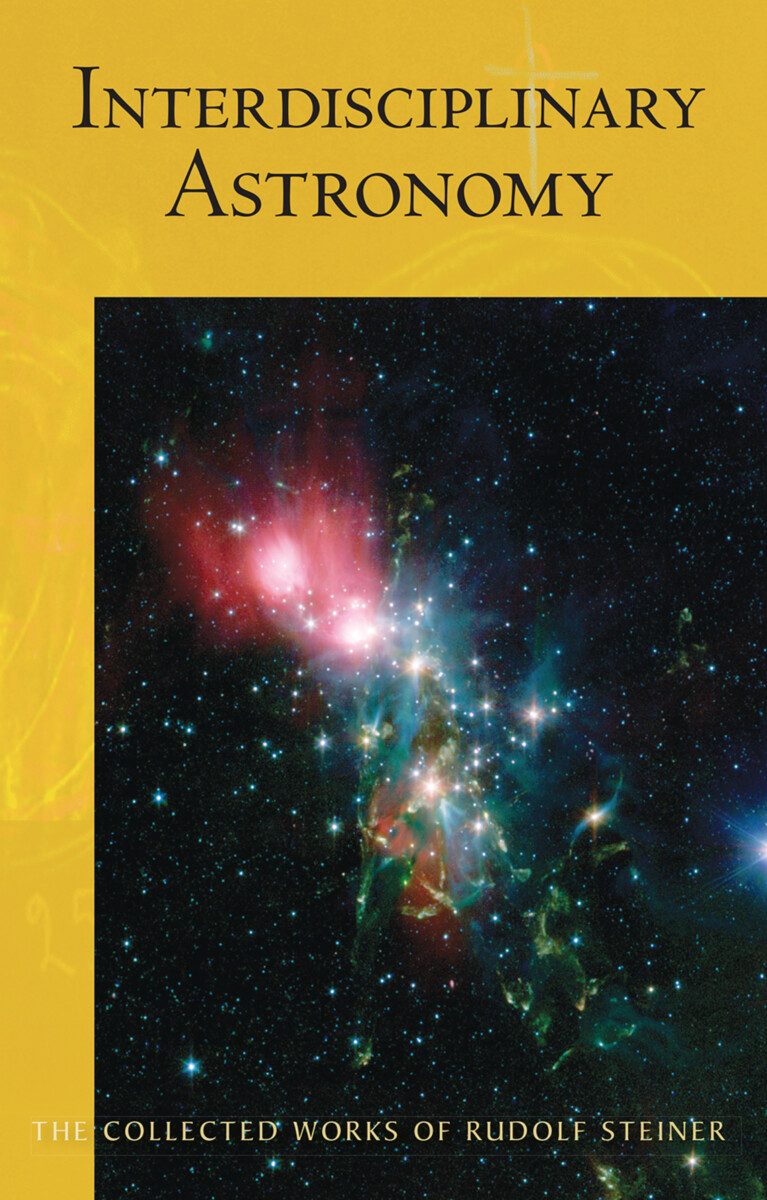 “So you see, the most important thing to me has been to call forth within you an experience of the harmony between the human constitution and the structure of the cosmos. If you’ve really been following thus far, you can’t possibly regard this harmony as a sin against the spirit of science” — Rudolf Steiner (Jan. 16, 1921)

What is the relationship between the human being and the world of the stars? Can we comprehend the structure and movement of celestial bodies solely through advanced mathematics, or is there in reality a point beyond which mathematical functions no longer apply? Can we, in fact, transcend the limits of three-dimensional space through our thinking?

In eighteen lively lectures from the beginning of 1921, Rudolf Steiner dives deeply and courageously, though carefully, into these and other profound questions. His conclusions and indications for further research are at once fascinating, stimulating, and quite possibly revolutionary in their implications.

The subject of these lectures is not astronomy, broadly considered, but the relationship of astronomy to the other ﬁelds of natural science. As he does elsewhere, Steiner maintains that the rigid specialization so prevalent in scientiﬁc endeavors will not bring us any closer to an integrated, singularly comprehensible understanding of the reality of our world. In particular, a true grasp of the workings of the universe will not be possible until its mirror, the study of human embryology, is recognized as such and penetrated with this reﬂective relationship in mind.

Steiner once again shows himself to be both an utterly unique and masterful commentator on scientiﬁc and intellectual history, as well as a living light, shining a possible forward path for human progress and self-knowledge.

Sky Phenomena
A Guide to Naked-Eye Observation of the Stars