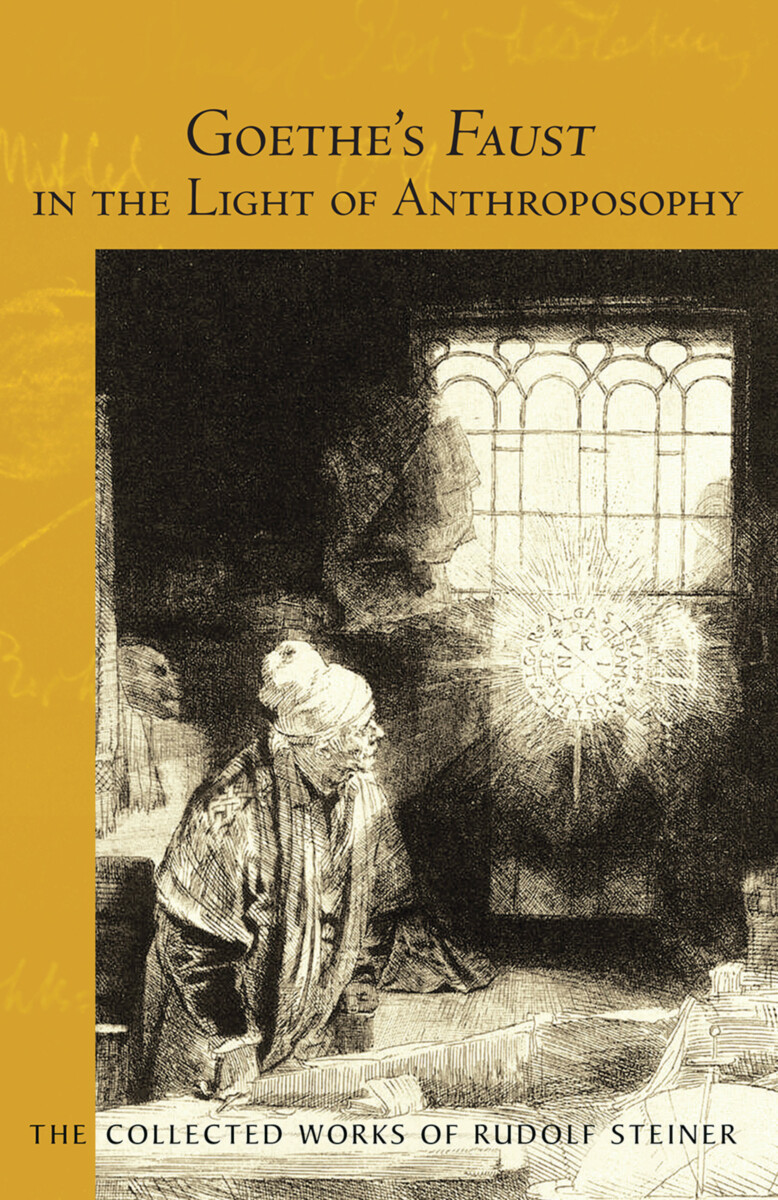 Goethe's Faust in the Light of Anthroposophy

This volume is the sequel to Anthroposophy in the Light of Goethe’s Faust (CW 272).

By late 1916, Rudolf Steiner had become an important interpreter of Goethe and frequently discussed Faust—probably Goethe’s greatest work—from the perspective of anthroposophic Spiritual Science. Although Steiner’s readings are unconventional and unsystematic, his insights into the text are penetrating and prescient, opening scholarly avenues not discovered or pursued by others until decades later and, in some cases, still await fuller elaboration.

Steiner’s account is completely unlike those of his contemporaries, including those Goethean scholars he most admired. His approach is not a philological construction of the ideal text, a positivistic account of the biographical genesis of the work or influences on Goethe, an intellectual and historical recasting of the drama as implied philosophical argument, or a view of the tale through the lens of an especially refined sensibility. Steiner’s discussions veer into each of these arenas, but, invariably, he steers back to his original course, stressing the least realistic, least historical, and least romantic aspects of Goethe.

Steiner contributed to the scholarship on Faust by, above all, opening new aesthetic perspectives; by revealing the centrality of Greek Mystery religion within the archetypal unconscious of Faust; by showing the duality of evil latent within Goethe’s text; and by exploring an alchemical transformation of consciousness.

In these lectures, Steiner anticipates the best of Goethe’s Faust by helping us to see the Neoplatonic Faust, the Hermetic Faust, the archetypal Faust—in short, the esoteric Faust.

Goethe's Faust in the Light of Anthroposophy is a translation from German of Geisteswissenschaftliche Erläuterungen zu Goethes 'Faust', in 2 Bdn., Bd.2, Das Faust-Problem (GA 272).