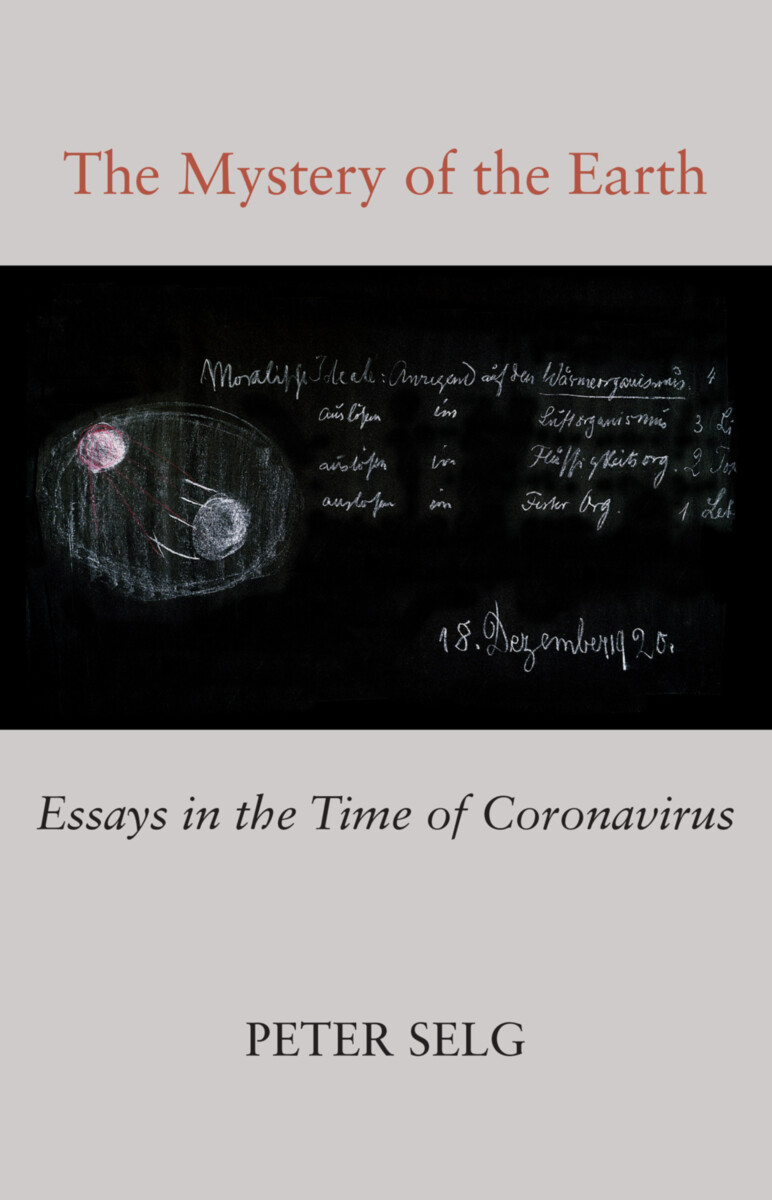 The Mystery of the Earth

Essays in the Time of Coronavirus

“Rudolf Steiner himself did not just comment critically about the out-of-hand ‘fear of bacilli’ or the “obsession with hygiene” as “modern superstition,” but also warned about the dangerous reality of ‘pathogens of the worst kind’ that could become ‘destroyers of human life’ and bring with ‘dreadful epidemics.’” —Peter Selg

This volume—written by Peter Selg between Easter and Pentecost 2020—gathers a collection of essays on the medical, sociopolitical, and spiritual dimensions of the Covid crisis. He offers these essays as a means of orientation and “explorations” (in Paul Celan’s meaning). The author emphasizes in his preface, however, that representatives of Anthroposophy nevertheless have an obligation to speak out on the subject:

“If they silence or censor themselves because they do not want to seem in any way negative as a result of their critical reflections, or because even ‘before corona’ they quickly became the target of various accusations, they lose nothing less than the justification for their existence, their inner identity and credibility, as well as their ‘historical conscience’—the crucial meaning of which Rudolf Steiner pointed to time and again and not without reason.”

This book was originally published in German as Mysterium der Erde. Aufsätze zur Corona-Zeit (Verlag des Ita Wegman Instituts, Arlesheim, Switzerland, 2020). An earlier English translation of the essay “A Medicalized Society?” (translated by Thomas O’Keefe and Charles Gunn) first appeared in Deepening Anthroposophy, no. 9.1 (that translation has been revised for this volume).

The Mystery of the Earth
Where Are the Sources of Life to Be Found?
No Standing Still
Perspectives on Epidemic Infectious Diseases in the Work of Rudolf Steiner
A Medicalized Society?
The Difficult Way to the “Whitsun Path”

READ THE FIRST CHAPTER:
"THE MYSTERY OF THE EARTH"

Corona and the Human Heart
Illuminating Riddles of Immunity, Conscience, and Common Sense